Zn(NO3)2 and hexamine mixed solution were used as a precursor. The morphology, composition

and crystallinity of nanorods were characterized using a field emission scanning electron microscope,

versus voltage curve of the field effect transistor at different temperature from 100K to 300K were measured. 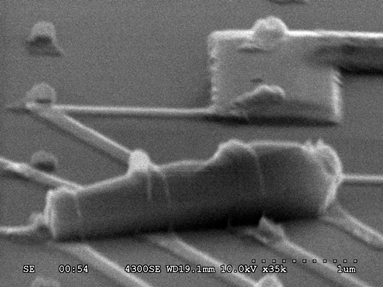