708
Manganese Oxides As Anode Catalysts for Electrolysis: In Situ Raman and Corrosion Studies

Dochart (Scottish Exhibition and Conference Centre)
C. Ranjan (Max Planck Institute for Chemical Energy Conversion)
Non noble metal "earth abundant" electrocatalysts will significantly reduce the costs and make it possible to use electrochemical water splitting (electrolysis) on a very large scale. Non noble metal catalysts can be an effective replacement even if their electrochemical activities are a fraction of their noble metal counterparts. If these catalysts can be developed to an extent where their operational lifetime would become comparable to their noble metal counterparts, a large part of the problem would be solved. MnO2 is earth abundant and well known for catalyzing oxygen evolution. A form of MnOx cluster is known to catalyze water oxidation in photosynthesis. These catalysts although with immense potential remain a long way from successful implementation within electrolysers. Catalyst stability remains an extreme challenge. MnO2-x naturally exists in various polymorphs, with various amounts of defects each of which is known to have a different electrocatalytic performance. In such a scenario the true nature of the electrocatalyst needs to be well established.

In order to understand the limitations of this catalyst under the operational conditions, it is important to study this material in situ. Setup for in situ Surface Enhanced Raman Spectroscopy is used for tracking the structural changes of hydrous MnOx. Electrodeposition of MnOx on the surface of Au was achieved by passing an anodic current of 50 mC/cm2 at 1,6V. Besides in-situ study of catalyst structure, ex situ analysis of corrosion using flow cells combined with Inductively Coupled Plasma-Optical Emission Spectroscopy and explicit oxygen detection using Rotating Ring Disc Electrode allows us to develop.

The structural integrity of the MnOx was studied by following the Mn-O-Mn stretching various potential ranges in various electrolytes. Onset of phase changes and corrosion could be clearly established. Beside this, other methods such as XRD, SEM, TEM were applied to study these thin films. 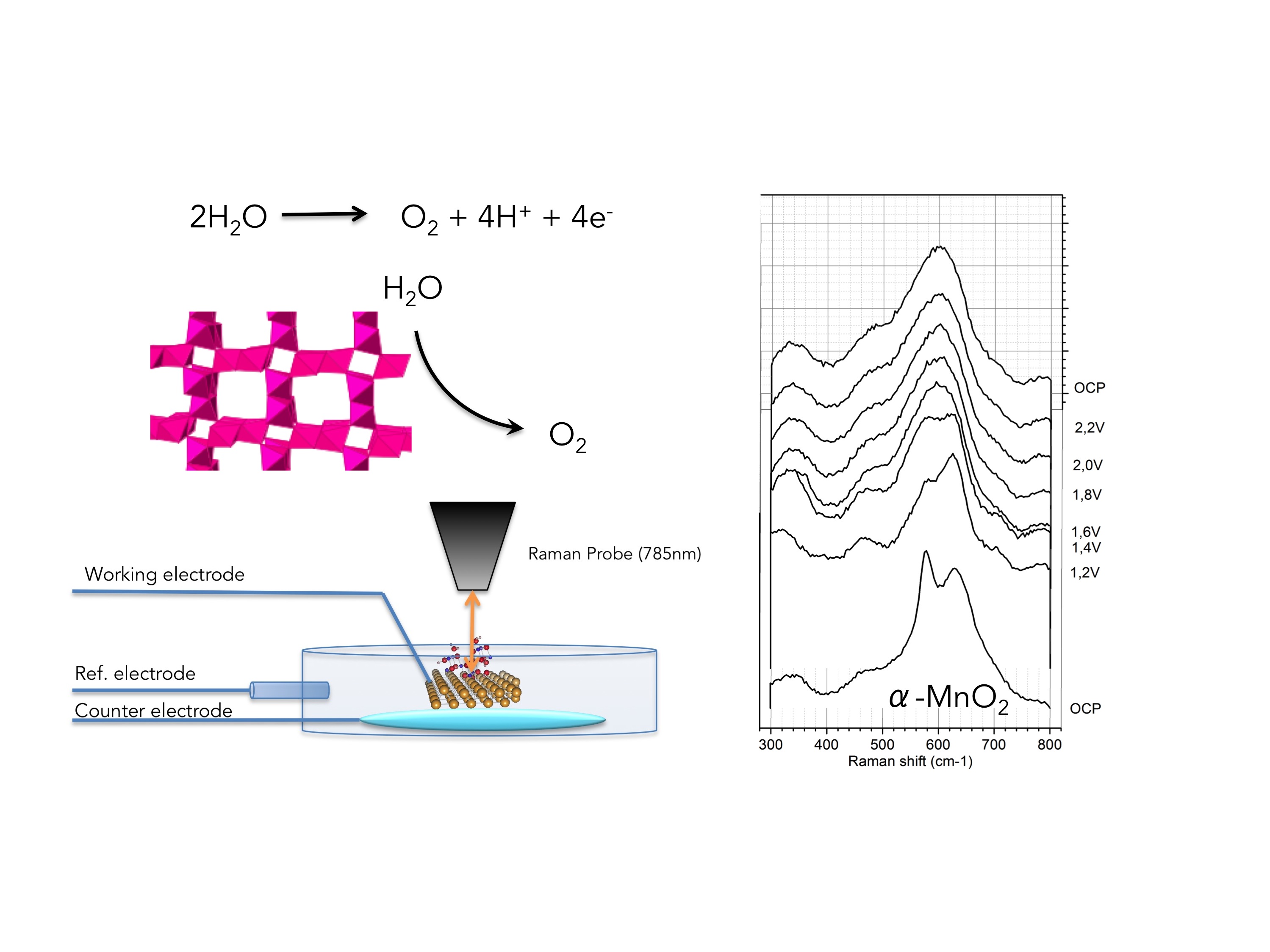