Herein, via using a combinations of various electrochemical measurements together with materials characterization techniques including XRD, TEM, SEM, XPS, TG-MS and FTIR, we firstly report that BZCY was prone to a gradual degradation in ambient air at room temperature with considerably minor CO2 (~0.04%) and humidity (<45% relative humidity). The adsorbed H2O acted as an effective catalyst that promoted the decomposition of BZCY via reaction with CO2, subsequently leading to the formation of BaCO3 nanorods as the major impurity phase, presumably following a microcrucible mechanism. Yttrium (oxy)carbonate and amorphous CeO2 and ZrO2 were also produced. It is also confirmed that the doping elements of Ce and Y caused the degradation of BZCY. During the fuel cells tests, the formed impurities on BZCY significantly hindered the electrocatalytic reactions at the electrolyte/electrode interfaces. We also proposed the regeneration and appropriate storage method of the electrolyte materials. 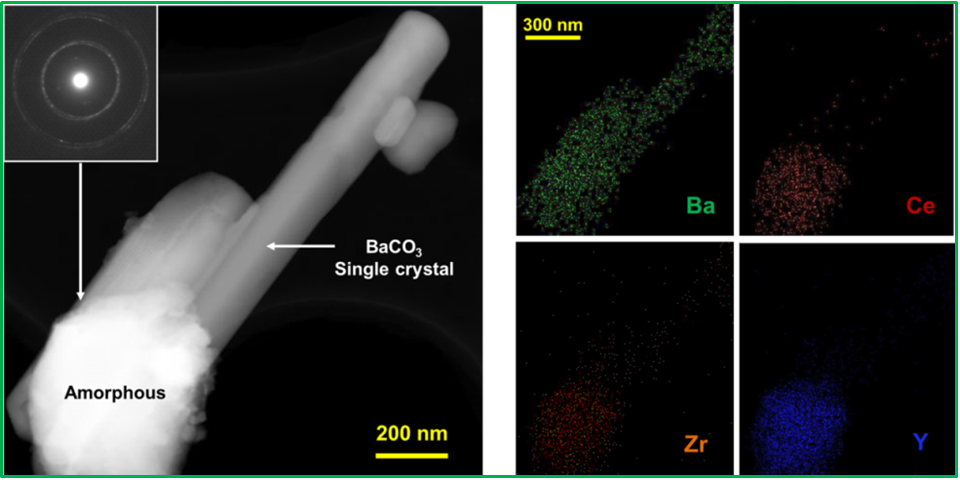