Lomond Auditorium (Scottish Exhibition and Conference Centre)
J. Harris, J. Kuhn, and O. Kesler (University of Toronto)
Metal-supported solid oxide fuel cells (SOFCs) use less expensive materials than traditional anode-supported or electrolyte-supported SOFCs.  The active layers of a metal-supported SOFC can be manufactured by plasma spraying without the need for high-temperature sintering.  Plasma spraying is a rapid-fabrication process that is scalable for large cell areas and for mass production.

Plasma spraying produces unique microstructures, as the cell layers are built up by the rapid solidification of molten (or semi-molten) splats. These microstructures were tailored by adjusting the plasma spray process parameters and the ingredients in the feedstock.  Dense electrolytes were made using a high-power plasma, a very high torch pass speed (to minimize the plasma heat impulse to the substrate), and a feedstock consisting of YSZ suspended in a mixture of water, ethanol, and ethylene glycol. Cathodes with four different microstructures were produced by varying the plasma spray parameters and mixing carbon or starch-based pore forming agents into the ceramic feedstock powders.  Resultant microstructures are shown in Figure 1.

Electrochemical performances of  metal-supported button cells with varying cathode microstructures were measured.  At 750°C, the cells had open circuit potentials of up to 1.057 V and peak power densities as high as 562 mW/cm².  Electrochemical impedance spectra were measured at an operating point of 0.7 V, varying the cathode gas with different air-nitrogen mixtures.  With 100% air as the cathode gas, the lowest cell polarization resistance was 0.29 Ωcm² at 750°C. Equivalent circuit modeling was performed to analyse how the cathode microstructure affected the cell performance. 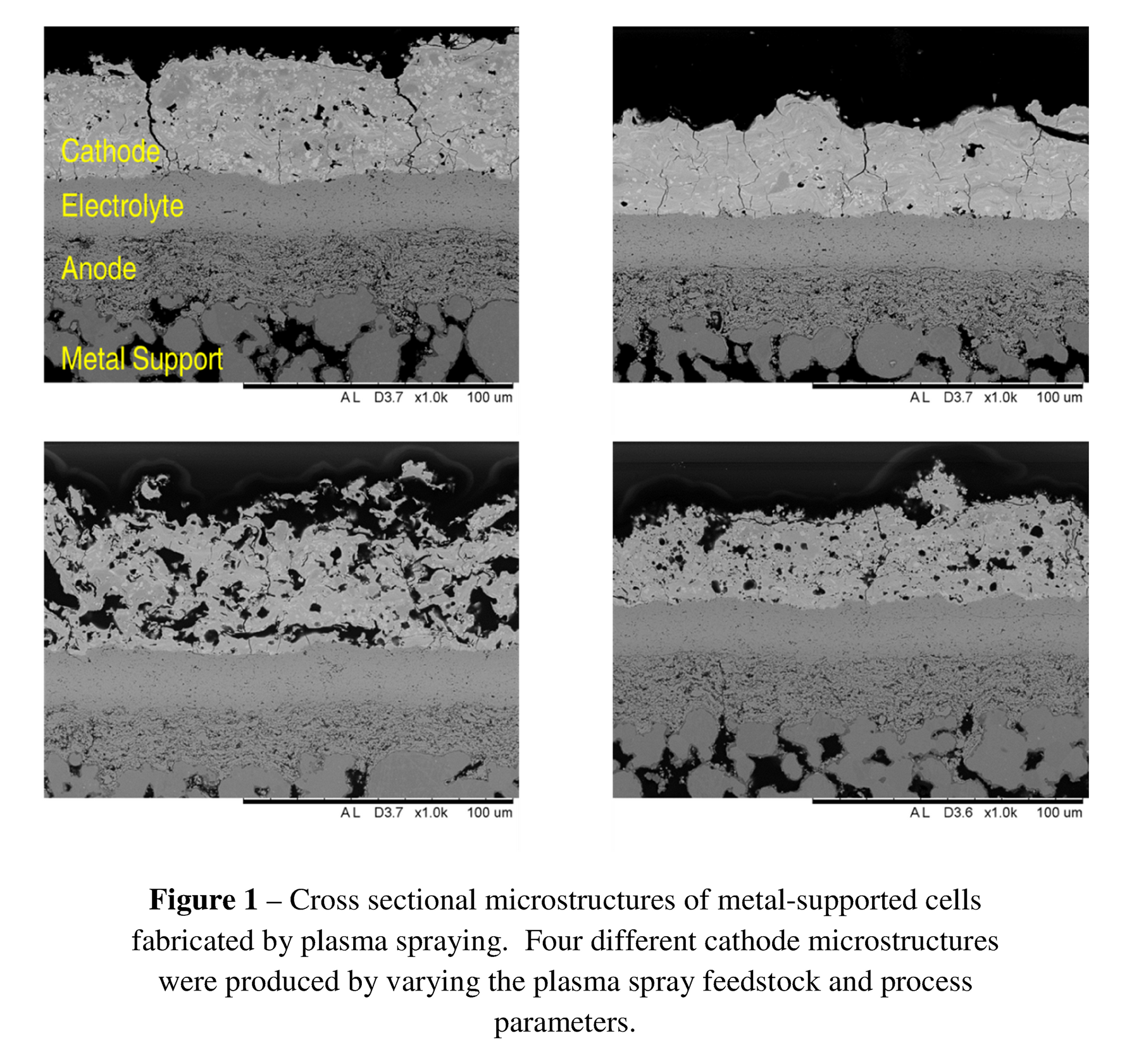