Dochart (Scottish Exhibition and Conference Centre)
Y. Paratcha, J. Herranz, J. Durst, and T. J. Schmidt (Electrochemistry Laboratory, Paul Scherrer Institut)
Carbon dioxide is a major contributor to global warming and, beyond the mandatory reduction of our emissions, the possibility of recycling this greenhouse gas is becoming increasingly attractive. The electrochemical reduction of CO2 is an interesting pathway, since a broad range of useful products can be formed such as methanol and formic acid (fuels for PEFC), methane and ethylene (reactants for synthesis or combustion process), CO and H2 (syngas), etc. [1]. Nevertheless, on top of the high overpotential required to drive this reaction, the electrochemical reduction of CO2 suffers from a poor yield/selectivity of valuable products [2, 3].Copper-based electrocatalysts seem to be the most efficient to overcome these kinetic and barriers, [3], but it has been shown that the size of the Cu (nano)particles envisaged for practical applications can strongly influence the reaction selectivity [4]. In order to clarify this particle size effect, one needs to determine the electrochemically active surface area (ECSA) of the catalysts of interest that, for Cu, can be derived in-situ by lead underpotential deposition (Pb-UPD) [5]. Additionally, the selectivity of the CO2-reduction reaction on these well-characterized materials needs to be determined with an appropriate technique.

With this motivation, we have performed Pb-UPD measurement on polycrystalline Cu and on carbon-supported Cu nanoparticles (NPs) of various particle sizes in a 3-electrode glass cell filled with 0.01 M of HClO4 with 50nM of  Pb(ClO4)2 and 100 nM of KCl. In these measurements, we have used rotating ring disk electrode (RRDE) voltammetry to quantify the amount of of Cl- (typically ≈ 10%) co-adsorbed with the Pb2+ [5]. An example of the results obtained with this approach, Figure 1 displays the disc and ring currents recorded in a shielding experiment recording a cyclic voltammogram on the polycrystalline Cu disk while applying a constant potential of -0.25V vs. RHE at the ring, at which the continuous Pb-plating ring current is affected by the adsorption/desorption of Pb2+ species at the disk. Having estimated the ECSA for various catalysts, we then used differential electrochemical mass spectrometry (DEMS) to quantify the yield of the reaction’s gaseous products, using an in-house constructed DEMS setup combined with a dual thin layer flow cell adapted from previous works [7, 8] and separated from the quadrupole mass spectrometer chambers by a PTFE membrane.

In summary, this contribution will introduce an RRDE-based methodology for the determination of the ECSA of Cu-based electrocatalysts That we have applied to the characterization of polycrystalline Cu and carbon-supported Cu nanoparticles of different sizes,. These results will be complemented with the corresponding CO2-reduction yields, as quantified with our DEMS setup.

We gratefully thank the SCCER Heat & Electricity Storage, CTI and CCEM for the financial support. We also thank Christian Marmy for his technical help and Jorge Feirrera for his previous work in PSI and his advice. 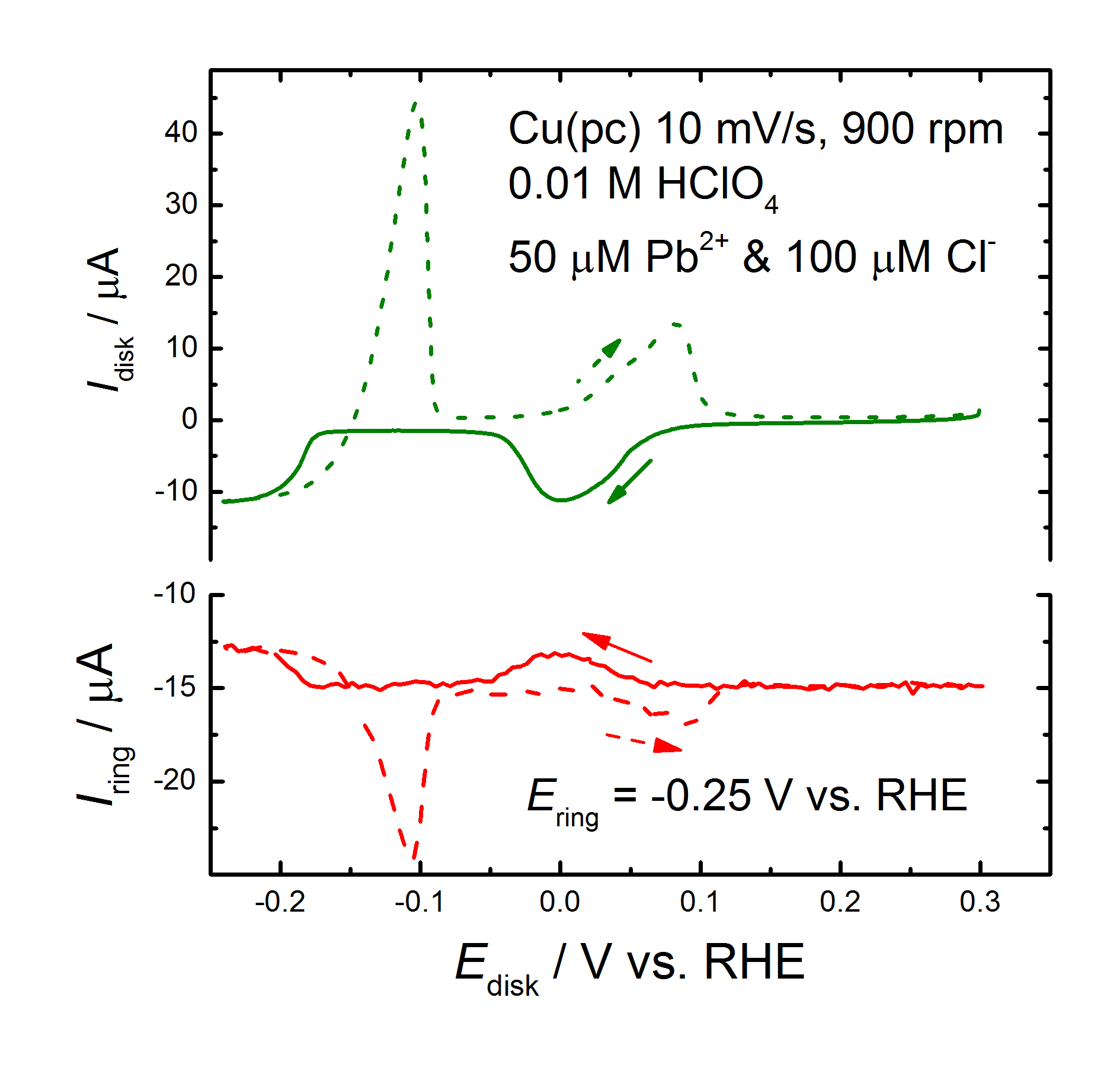