Hall 2 (Scottish Exhibition and Conference Centre)
H. Madi, S. Diethelm (Ecole Polytechnique Fédérale de Lausanne (EPFL)), C. Ludwig (PAUL SCHERRER INSTITUT), and J. Van herle (Ecole Polytechnique Fédérale de Lausanne (EPFL))
This paper presents an experimental study of the impact of toluene on the performance of anode-supported (AS) Ni-YSZ SOFC operating at ~800 °C, 0.25 A/cm2 fed with H2 and reformed biosyngas. Toluene was added to the fuel stream and its concentration increased stepwise from tens to thousands of ppm. Each poisoning test was followed by a recovery step (no toluene in the fuel stream) for the duration of 25 hours. The main goal of this work is to define a concentration threshold of toluene as a model tar compound in the fuel stream and later to identify the degradation mechanism caused by this tar compound. Polarization behavior, current-voltage and electrochemical impedance spectroscopy (EIS) were analyzed to evaluate the cell performance. A linear degradation is observed at concentrations above 1000 ppmv for the cell which was fed with pure H2 (cf Figure) The degradation was due to local C(s) deposition. In contrast, toluene even up to 3500 ppm did not cause a severe degradation when the cell was fed with reformed biosyngas. 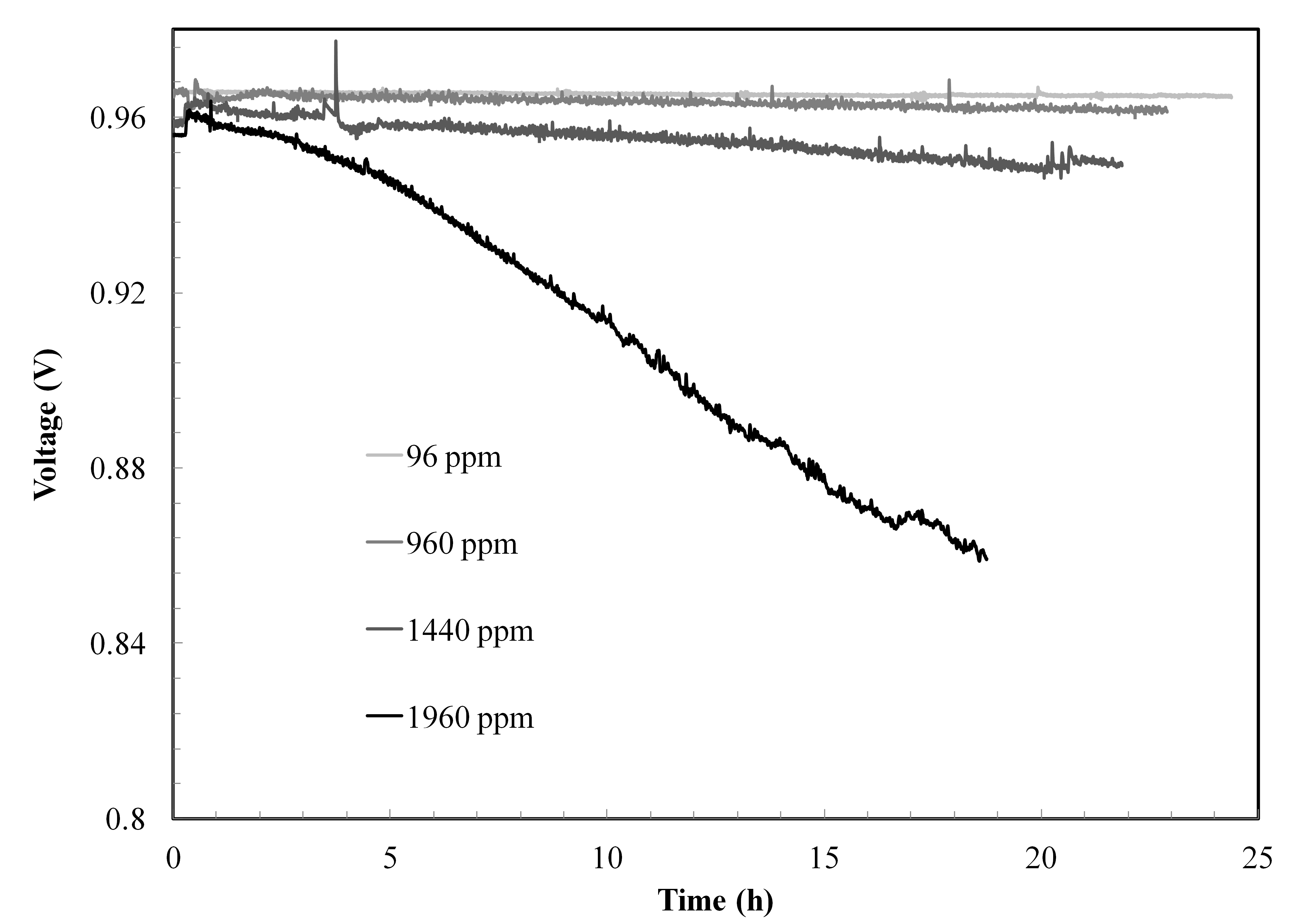