Here we demonstrate the application of an operando electrochemical scanning transmission electron microscopy (ec-(S)TEM) cell to study the SEI layer formation and the initial stages of Li dendrite growth - the goal is to develop a mechanism for mitigating the degradation processes and increasing safety. Bright field (BF) STEM images in Figure 1 A-C show Li metal deposition and dissolution processes at the interface between the Pt working electrode and the lithium hexafluorophosphate (LiPF6) in propylene carbonate (PC) electrolyte during three charge/discharge cycles. A contrast reversal caused by Li metal being lighter/less dense than surrounding electrolyte (Li appears brighter than the background in BF STEM images) allows Li to be uniquely identified from the other components in the system - the only solid material that is less dense than the electrolyte is Li metal. Using these images, we can precisely quantify the total volume of Li deposition, the thickness of the SEI layer (observed as a ring of positive contrast around the electrode) and alloy formation due to Li+ ion insertion during each cycle. Furthermore, at the end of each discharge cycle we can quantify the presence of “dead Li” detached from the Pt electrode, thereby demonstrating the degree of irreversibility (and degradation of Pt electrode) associated with insertion/removal of Li+during this process with direct correlation to electrochemical performance. Such analyses provide significant insights into Li metal dendrite growth, which is critical to understand the complex interfacial reactions needed to be controlled for future Li-based and next generation energy storage systems. [7] 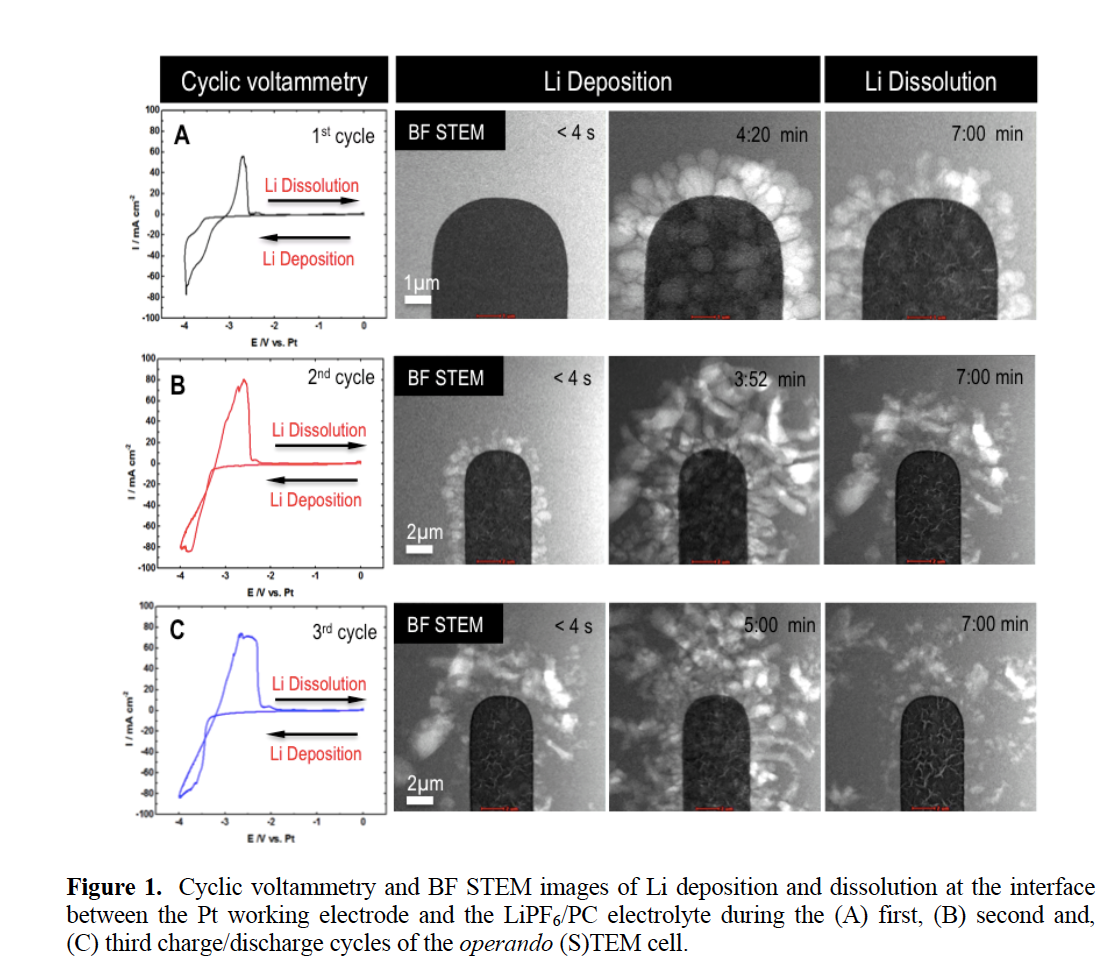