Hall 2 (Scottish Exhibition and Conference Centre)
H. Madi, V. Singh, S. Diethelm, and J. Van herle (Ecole Polytechnique Fťdťrale de Lausanne (EPFL))
SOFCs have the advantage of being able to operate with fuels other than hydrogen due to their high operation temperatures. Among these, biogas from anaerobic digestion is considered to be carbon neutral and highly underused for power generation. Methane-free biogas, which can be produced by inhibition of the methanogenic process, is an alternative high quality fuel, consisting mainly of CO2 (70 to 50%), H2 (30 to 50%) and traces of CO and H2S. The impact of H2S in the ppm range on the performance of anode supported Ni-YSZ SOFC at 750°C is evaluated. An initial voltage drop is observed when the cell is exposed to H2S but the voltage recovers after a few hours of exposure to the impurity. Impedance spectroscopy revealed an increase in the polarization resistance even though the cell voltage was increasing.  Furthermore, it was found that this behavior is due to deactivation of the reverse water gas shift reaction (RWGSR); a mathematical model confirmed this conclusion. The poisoning effect is partly reversible under the applied operating conditions. 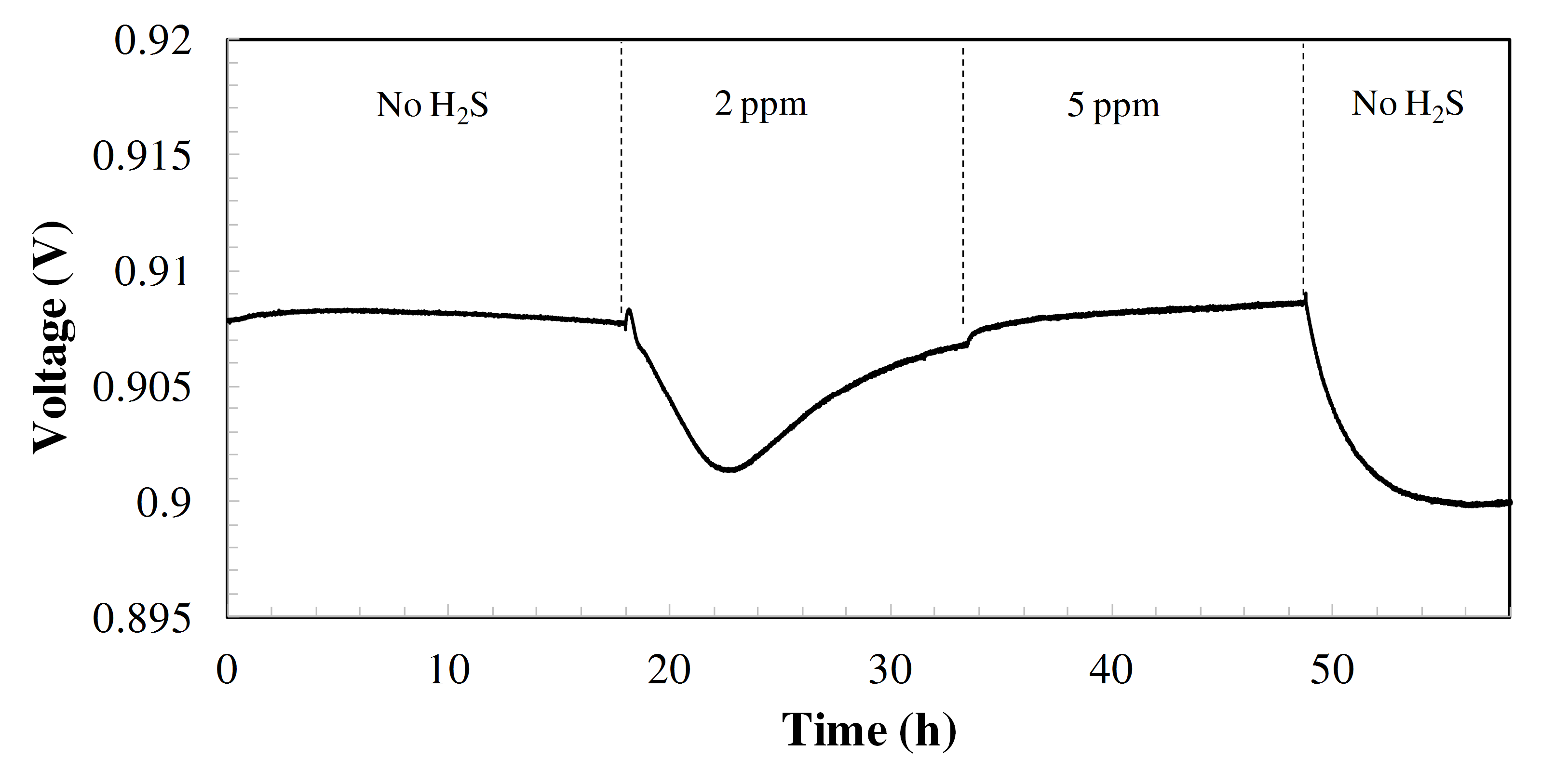