157
Coatings for SOFC Interconnects in Fuel Side Environments

In this work, the ferritic steel Sanergy HT was coated with single element (Ce,La, Co and Cu) and duplex (Ce/Co, La/Co) coatings of varying thicknesses and exposed at 850°C in Ar-5%H2 charged with 3% H2O in a tubular furnace up to 500 h. Additionally, the effects of a ‘sealing’ step on corrosion mechanisms were also investigated by pre-oxidising the coated steel in air, prior to exposure in the fuel side environment. Chemical analysis on the samples was subsequently performed with SEM/EDX and XRD.

It was established that:

(ii)                Co and Cu coatings negatively affected oxidation performance due to their instability in fuel side conditions. 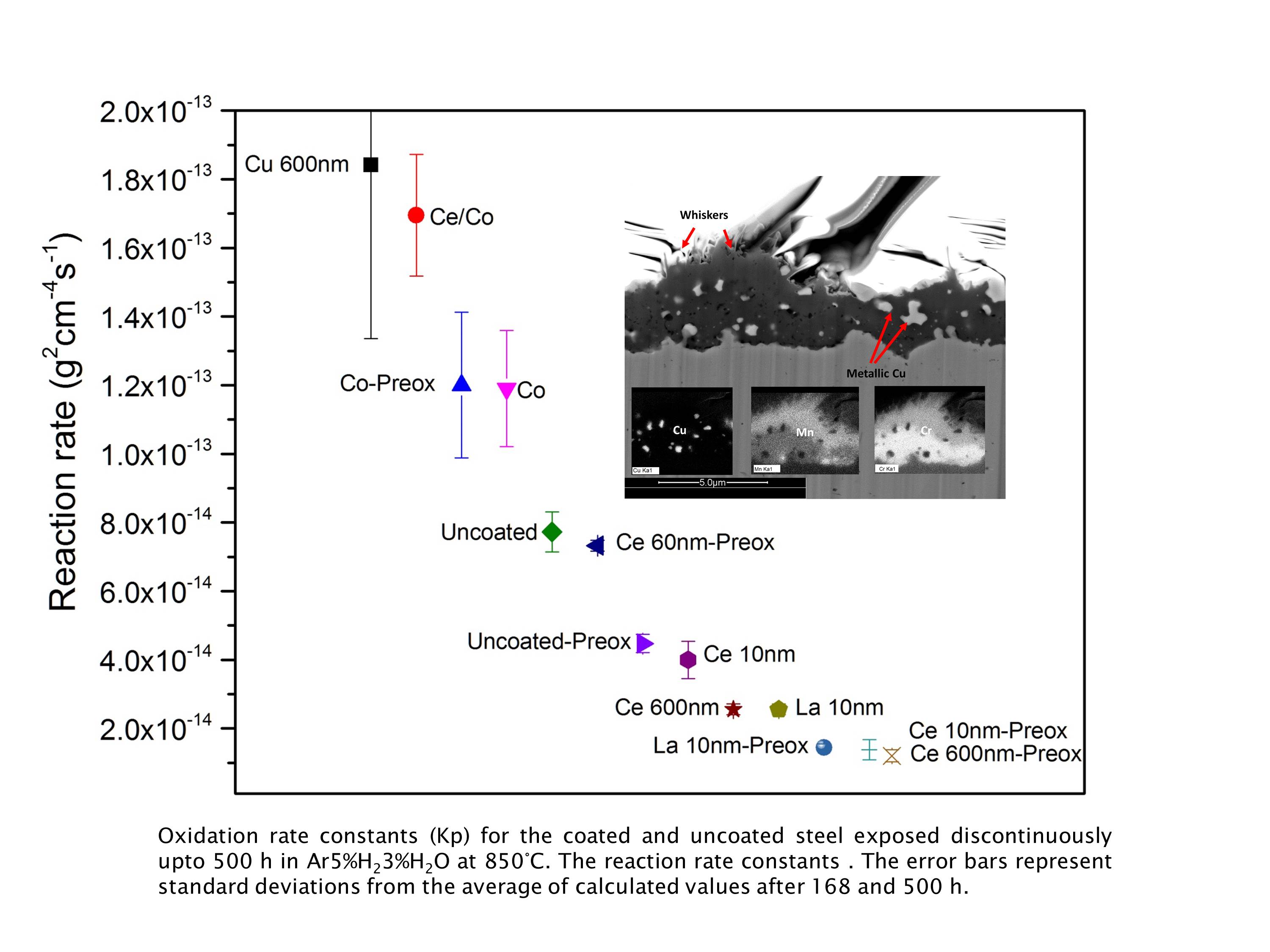