In the present contribution the electrode kinetics of the perovskite-type mixed conductor La0.6Sr0.4FeO3-δ (LSF) is investigated in H2/H2O atmosphere by means of impedance spectroscopy and the results are compared to the polarization resistance of LSF in O2 atmosphere. To compensate for the relatively low electronic conductivity of LSF under reducing conditions a sputter deposited Pt thin film grid was used as a current collector. Interestingly, the surface resistances of these model-composite electrodes in H2/H2O and O2 at 600 °C were virtually the same indicating a high electrochemical activity of the LSF surface when operated as SOFC anode.

Moreover, synchrotron-based near-ambient-pressure X-ray photoelectron spectroscopy (NAP-XPS) and impedance spectroscopy experiments were conducted simultaneously on electrochemically polarized LSF electrodes. Of special interest was the effect of electrochemical polarization on the composition and valence states of near surface cations of the LSF electrodes. Under cathodic polarization the formation of near-surface metallic iron was observed, accompanied by a strong improvement of the electrode’s water splitting activity [1]. This correlation of metal exsolution and electrochemical performance suggests a fundamentally different water splitting mechanism in presence of the metallic iron species and may provide new directions in the quest for novel mixed conducting SOEC cathodes for high-temperature electrochemical water splitting. 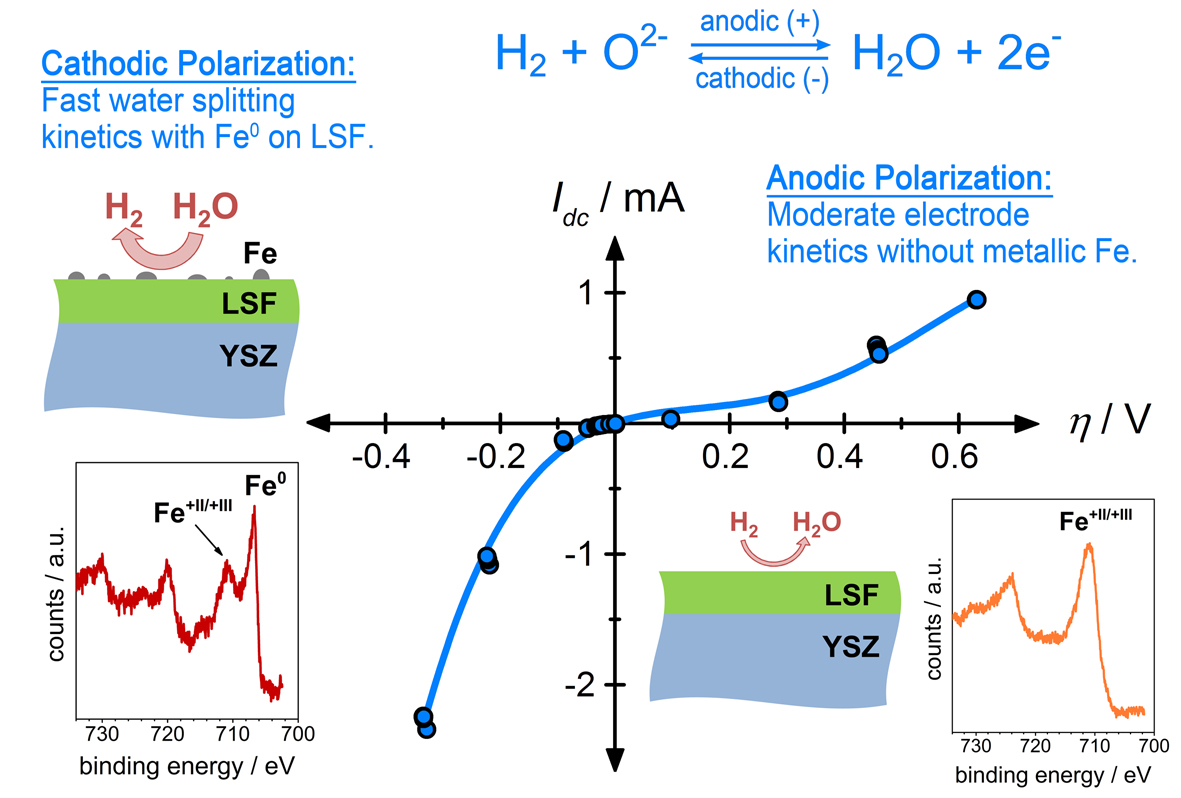