X-ray micro-tomography has been used to image the finger-like voids in a microtubular anode. These structures are on the order of 10 microns in diameter; however, smaller characteristic lengthscales can be imaged using FIB/SEM, which reveals the packing of the sintered particles, as well as the pore structure within the particles. Quantifying the tortuosity factor at each of these lengthscales offers insight into the effect of tailoring the pores.

The tortuosity factor of porous SOFC electrodes is used to account for the apparent reduction in species diffusion caused by the geometry of the network. It affects both the electrical transport in the solid phases as well as gas diffusion in the pores. The tortuosity factor is ideally calculated by solving the steady-state diffusion equation; however in systems spanning several orders of magnitude it is very computationally expensive. The figure shows the distribution of a scalar field in an interdigitated void structure, calculated using a finite element method.

This work combines the calculated tortuosity factors of each lengthscale to try and understand the significance of the hierarchical pore structure. The straight, radial pores of the microtubes imaged were found to augment the system significantly compared to an isotropic network of equivalent porosity. The importance of recasting the tortuosity factor as a function of distance from the electrolyte for hierarchical pore systems is also discussed. 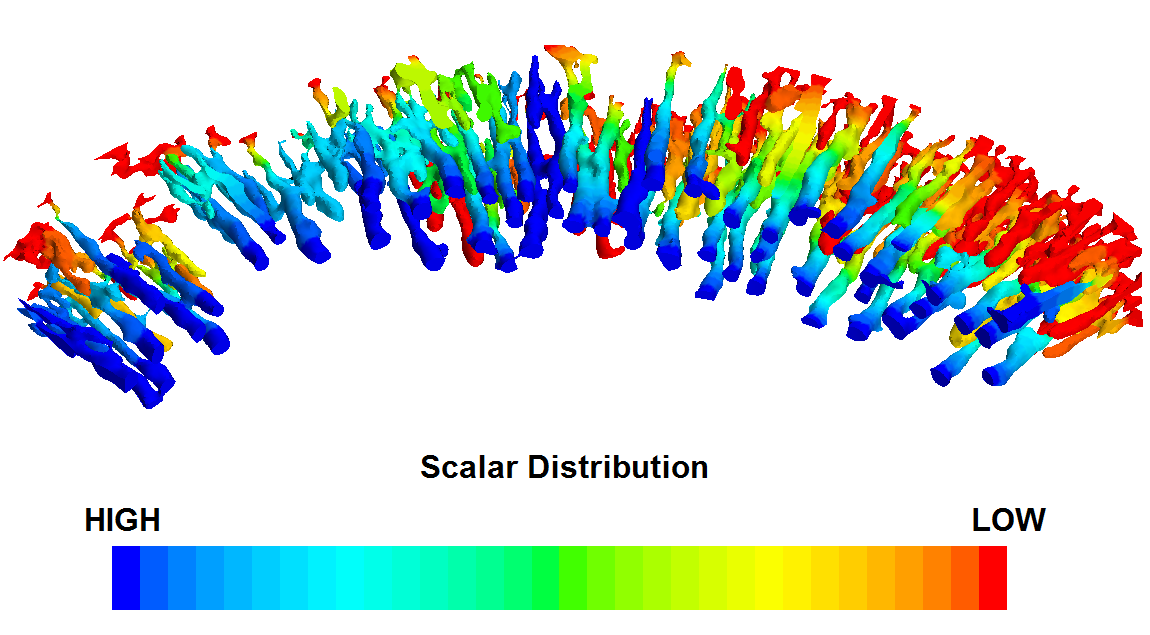