Fig. 2 displays the charge-discharge curves at various current densities. With the growth of applied current density, the discharge and charge voltage difference linearly increases. According to the electrochemical impedance spectra (EIS) analysis, this voltage difference is mainly attributed to the resistance of LIC-GC membrane and causes hydrogen evolution at high current density during discharge. At the current density of 4 mA/cm2, a Li-air flow battery reaches its maximal power density of 7.64 mW/cm2. The theoretical cell specific energy is calculated as 477 Wh/kg based on the weight of Li-metal, acid and H2O3.

In conclusion, a rechargeable Li-air flow battery is demonstrated to be cycled at a rate up to 5 mA/cm2, and the power performance can be further improved by reducing the resistance of LIC-GC membrane. 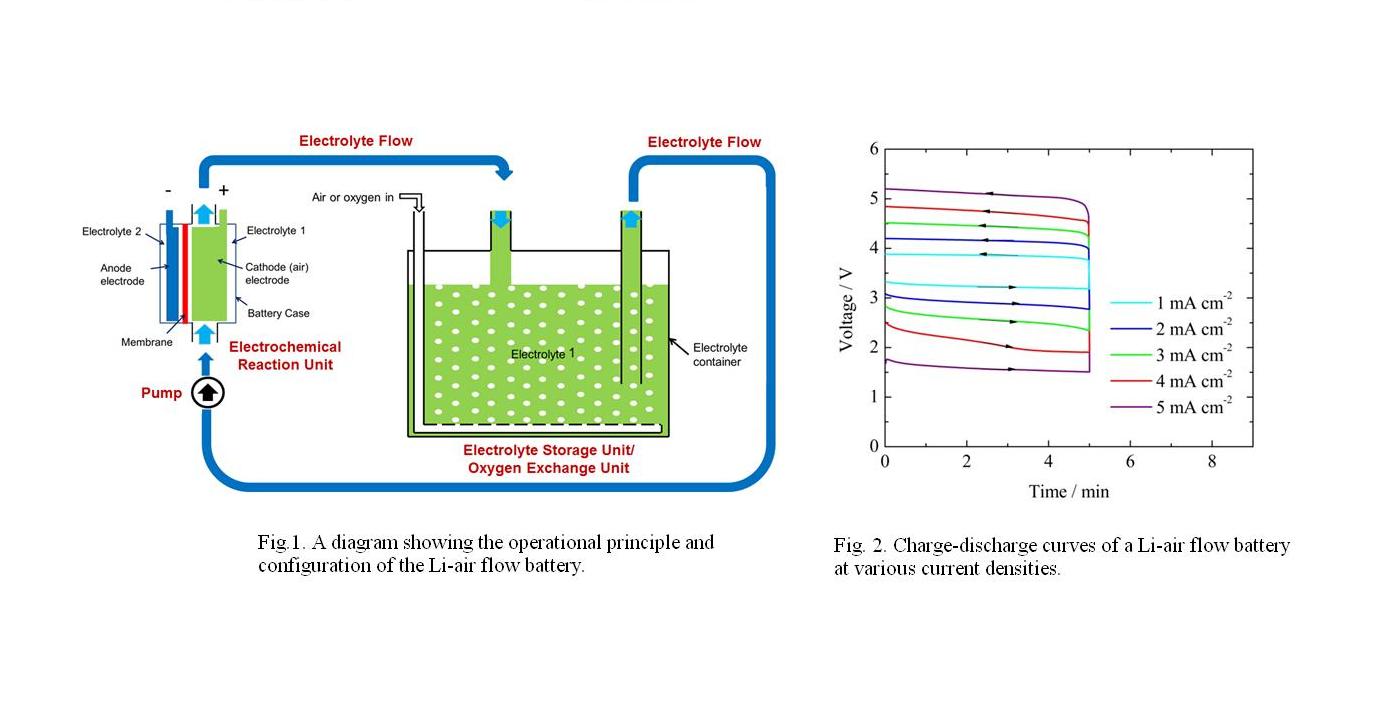