Floridian Ballroom L, Lobby Level (Hilton Orlando Bonnet Creek)
M. Mehta and P. Andrei (Florida State University)
Recently, we have developed an analytical model for studying the Electrochemical Impedance Spectroscopy (EIS) of Li-air batteries, in which the mass transport inside the cathode is limited by oxygen diffusion (1). The model takes into consideration the effects of double layer, faradaic processes, and oxygen diffusion in the cathode, but neglects the effects of anode, separator, conductivity of Li2O2, and Li-ion transport. The model equations are relatively similar to the ones presented in (2) can be expressed in terms of a small-signal equivalent circuit like in (3). In this presentation we develop a finite element model for computing the impedance spectra of Li-air batteries with organic electrolyte and investigate the accuracy of the analytical model. The new finite element model is based on the theory of concentrated solutions, which we recently applied in (4) to compute the discharge characteristics in Li-air batteries. This model provides a complete description of lithium-ion and oxygen diffusion in the anode, separator and the cathode regions. It also takes into account the following effects: the electron conductivity in the carbon cathode, Butler-Volmer kinetics at anode and cathode, the formation and deposition of the Li2O2 at the cathode, and the change in porosity as a result of the deposition of the reaction product. The impedance spectra are computed by applying small-signal linear perturbations to the transport equations and solving the final linear system of equations numerically. 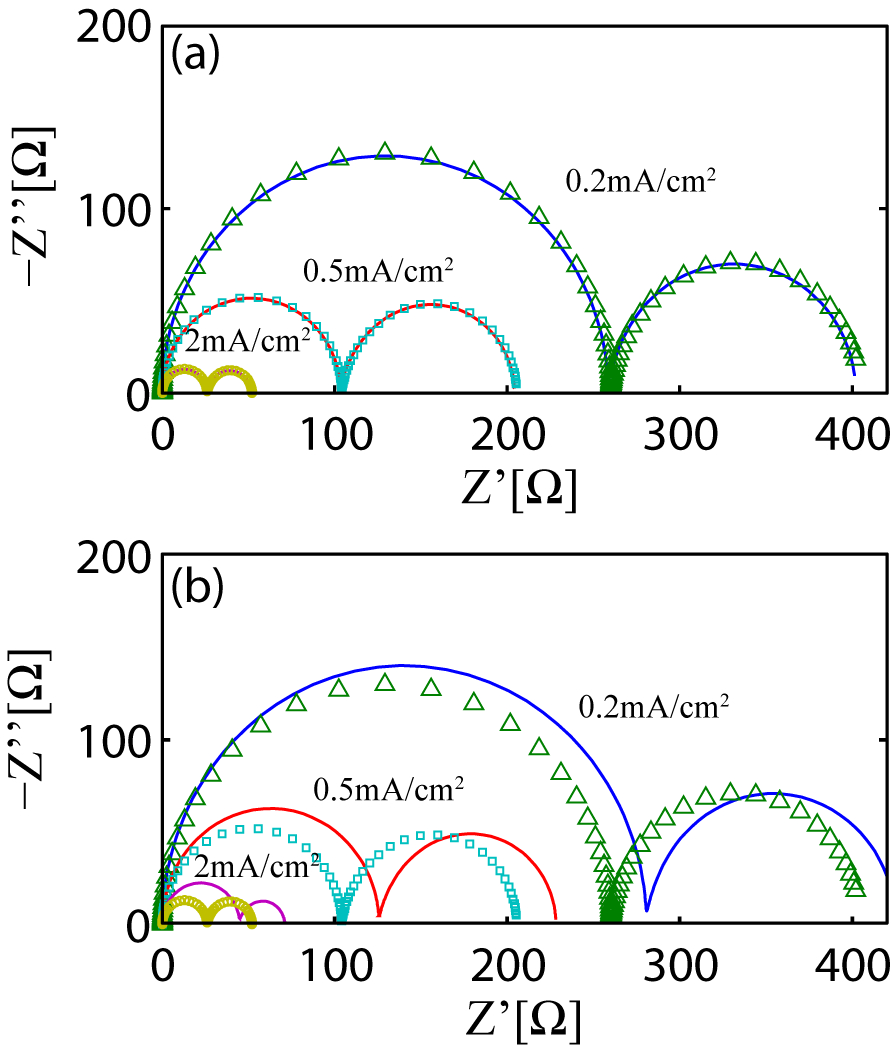