Several types of 3D structured graphene materials were synthesized by modified SSM. The morphology control was achieved by variation of silica types, graphene oxide to silica ratio etc. After successful synthesis of graphenes the sacrificial support was leatched by means of concentrated HF.

The later step involved the deposition on the graphene surface Pd-based materials. Two methods: thermal or chemical reduction of Pd-precursors was used in order to synthesize highly active catalysts for alcohols electrooxidation.

It has been observed that Pd-Cu was evenly dispersed on the graphene sheets (Fig.3).

Electrochemical performance of Pd-based catalysts in the reaction of alcohols electrooxidation is shown on Figure 4. It was found that addition of second oxophilic metal to the palladium substantially improved it is activity. Peak current generated by Pd-Cu deposited onto the surface of 3D structured graphene was found to be ~1800 A gpd-1.

Figure 4:  Electrooxidation of EtOH in alkaline media by Pd-based catalysts. 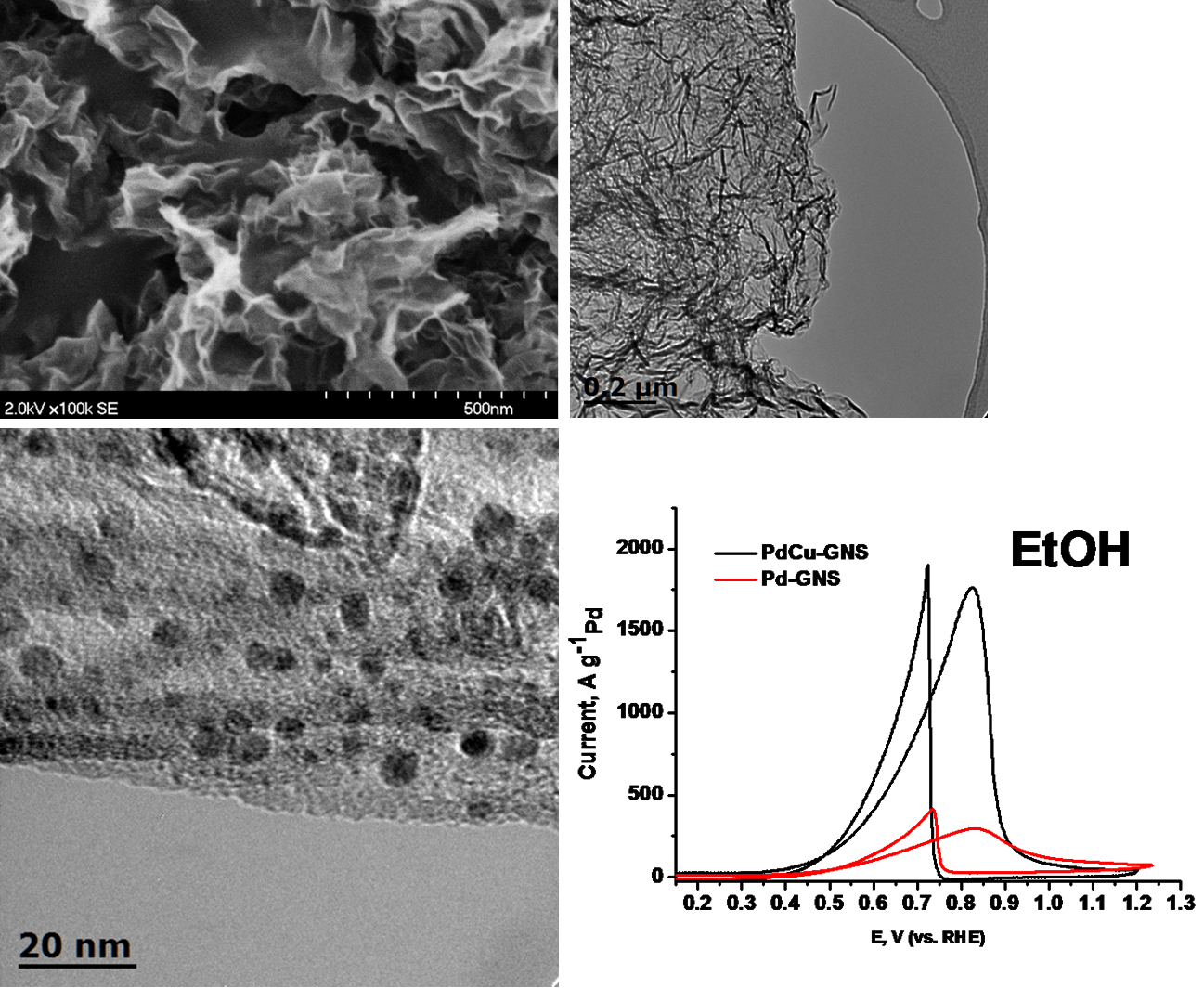