Bonnet Creek Ballroom II, Lobby Level (Hilton Orlando Bonnet Creek)
M. Shao (Ford Motor Company)
Low temperature fuel cells have great potential for both stationary and transportation applications and are expected to help address the energy and environmental problems that have become prevalent in our society. Despite their great promise, commercialization has been hindered by lower than predicted efficiencies and the high cost of Pt-based electrocatalysts in the electrodes. For more than five decades, the predominant work has being focused on the development of novel catalysts for the cathodic reaction (oxygen reduction reaction. ORR), which has sluggish kinetics and is responsible for the high overpotentials.1 One way to address the high cost and low activity problem associated with the conventional Pt catalysts is to increase the activity by optimizing the shape of constituent nanoparticles and thus maximizing the expression of facets most reactive towards ORR reaction.2 Another approach is to increase the utilization of expensive noble metal atoms by developing core-shell catalysts.3

In this talk, recent progress in developing advanced materials for ORR in my group will be presented, with an emphasis on core-shell catalysts4-8 and shape-controlled nanocrystals.9-11 The structural dependence of ORR activity on Pd and PtNi nanocrystals were investigated. The mechanisms for activity enhancement of these materials will also be discussed based on the results of density functional theory (DFT) calculations. Finally, the issues associated with the mass production of core-shell catalysts were analyzed. 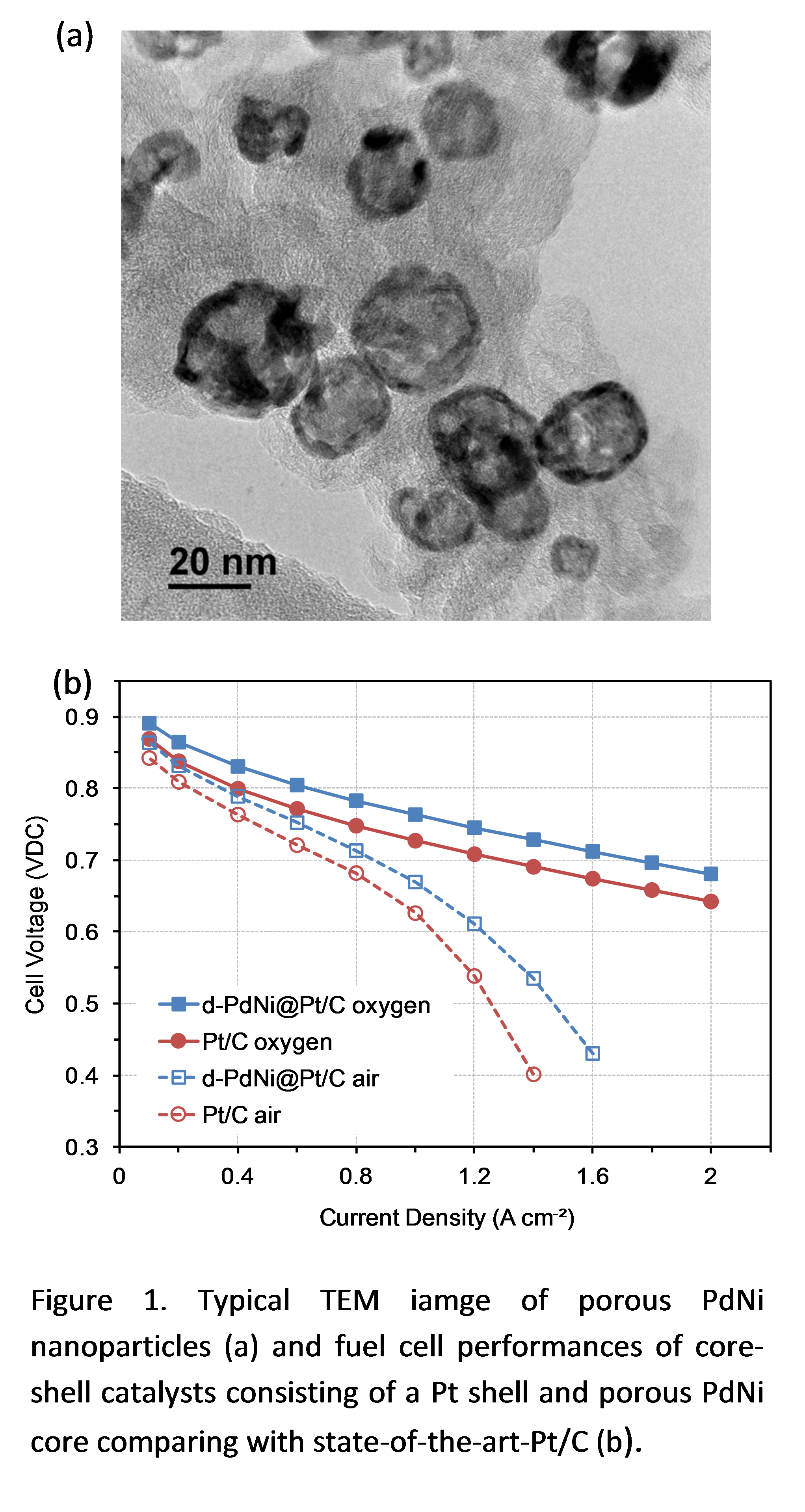