Floridian Ballroom F, Lobby Level (Hilton Orlando Bonnet Creek)
M. Shao (Ford Motor Company)
The slow kinetics of oxygen reduction reaction (ORR) is one of the main obstacles hindering the commercialization of low-temperature fuel cells.1 Platinum is by far the most effective electrocatalyst for ORR, but it is an extremely rare and expensive element. One way to address this problem is to increase the ORR activity of a metallic catalyst by optimizing the shape of constituent nanoparticles and thus maximizing the expression of facets most reactive towards ORR reaction.2-3 Another approach is to increase the utilization of expensive noble metal atoms by developing core-shell catalysts.4-5

In this study, the structural dependence of palladium nanocrystals for ORR, as well as the impact of the structure of the Pd core on the ORR activity of Pt shells in core-shell catalysts was studied in details. The carbon supported Pd nanocubes and octahedra with an edge length of 5-6 nm were synthesized and their ORR activities were measured using a rotating disk electrode technique.6 The activity enhancement of cubic Pd in a HClO4 solution was about 10 and 6 times over octahedral and conventional Pd, respectively. Interestingly, no difference in ORR activity was observed in an alkaline solution among the three samples (Figure 1). Two (octahedral and conventional) of the three Pd samples showed an increase in activity when an atomic thick Pt shell was deposited on their surfaces. Surprisingly, the activity decreased slightly for the Pd cubes after the deposition of a Pt shell.

The density functional theory (DFT) calculations were conducted to explain this observation and will be discussed in the meeting. 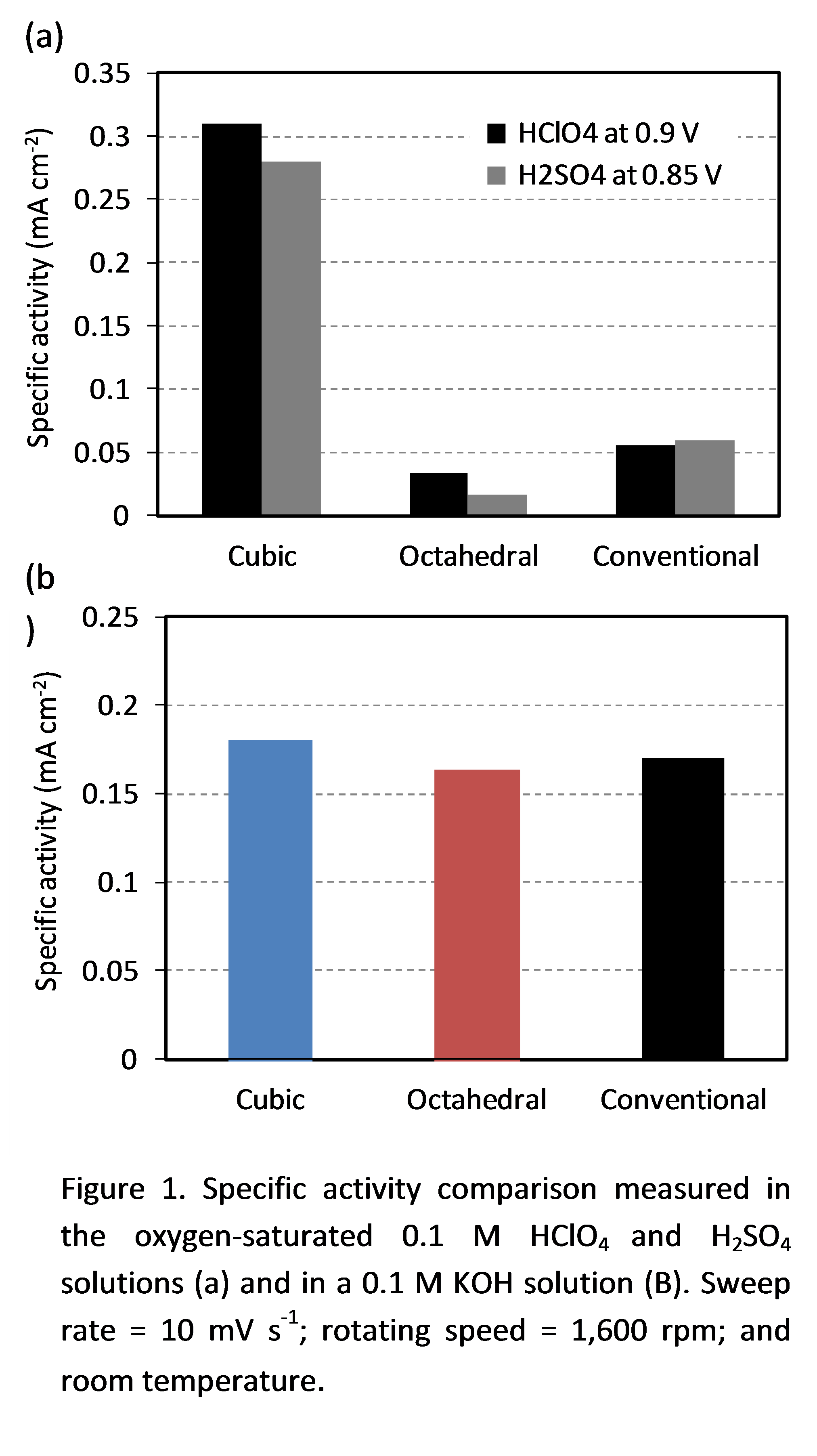