The developed system was based on microfluidic passive evaporative pump action provided by the paper and ensured continuous delivery of fuel to the electrodes.  The multi-enzymatic anode, consisting of several oxidative enzymes, was capable of simultaneously or separately converting glucose and/or ethanol fuels to electrical energy.  Coupled with an air-breathing enzymatic cathode the complete cell produced 800 µW /cm2 at 0.3V.

Employing our previously developed carbon nanotube (CNT) based ink we developed a series of enzymatic anodes:  with immobilized glucose dehydrogenase (GDH); with immobilized alcohol dehydrogenase (ADH); and with co-immobilized GDH and ADH enzymes.  Additionally, in order to investigate multi-oxidation of a single fuel (ethanol) anodes were developed with co-immobilized ADH and aldehyde dehydrogenase (AlDH).  Half-cell experiments were performed on the various enzymatic anodes to determine limits of performance as well as stability and compatibility with non-complementary fuels.  Results are depicted in Figure 1.

BOx was tethered to the surface of the catalytic layer through the use of bi-functional chemical linker (1-Pyrenebutanoic acid, succinimidyl ester, PBSE), which forms peptide bonds with the enzyme through the succinimidyl moiety and π-π stacks on CNTs through the pyrene moiety.  Such approach resulted in increased stability of the enzyme at the electrode surface when compared to physical adsorption deposition method.

Once the individual components of the fuel cell were developed and optimized, the complete EFC was constructed and tested.  The GDH-based and ADH/AlDH-based systems were analyzed in respective fuels.   The experimental power curve for the GDH EFC is illustrated in Figure 2.  Finally, in order to demonstrate actual application, three paper-based EFCs were connecter in series and immersed in Gatorade® (fuel).  This system was then employed to power a digital clock continuously for several days (Figure 3). 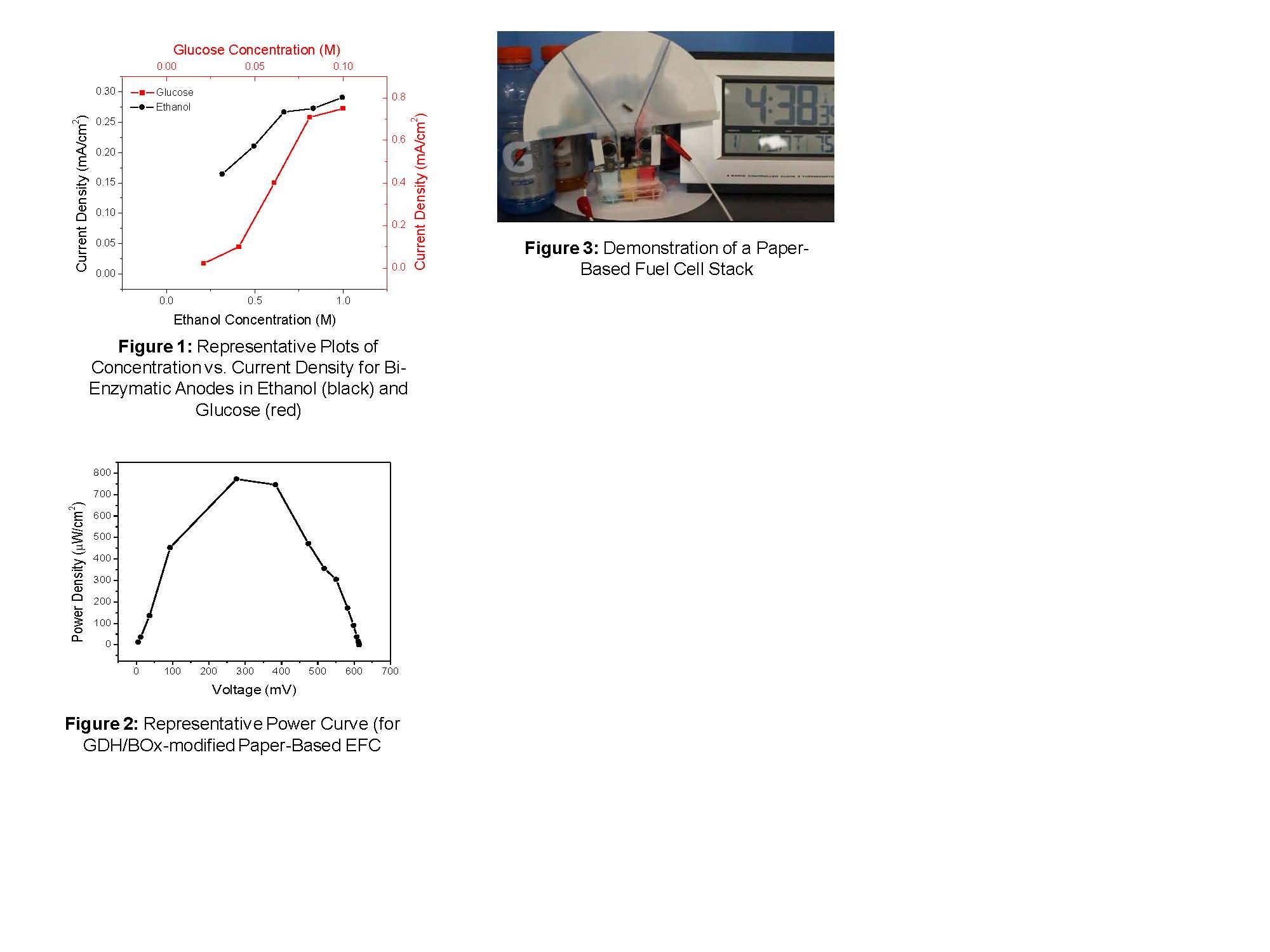