The sacrificial electrode method is perhaps one of the most frequently discussed methods for pre-lithiating a negative electrode. In principle, the negative electrode is galvanostatically cycled against a Li-metal electrode in a half-cell configuration. In this configuration, the cell can be galvanostatically charged/discharged at closely controlled potentials while operating at low currents (0.01-1 mA/cm2). This particular setup affords a large well of available Li-ions in the Li-metal counter/reference electrodes, and is easy to assemble and test. It does suffer from one practical advantage—without properly optimizing the amount of Li-metal inserted as a sacrificial electrode it is possible that a full cell will have a large amount of Li-metal contained within which is a dangerous proposition.

Our test plan consists of testing an array of half-cells (negative electrode v. Li/Li+) varying the voltage window of the first cycle in order to study the relationship between initial pre-lithiation and voltage window. The subsequent intercalation/de-intercalation cycles will all be uniform for each cell, but the voltage window will vary from cell to cell to determine the effects of pre-lithiation as a function of varying voltage windows. This test plan will be applied to both the control (sacrificial electrode) method as well as the two proposed SLMP methods as described above. Metrics for analysis will include, but not be limited to: cyclability, capacity fade, and round-trip efficiency.

Some preliminary results for the control method are provided below.

From the results we hypothesize that the increase in state of health (SOH) initially experienced by members of this group are related to electrolyte penetration into the electrode structure. Further experimentation will be carried out to determine the validity of this supposition. Also it should be noted that several cells from this group experienced dendrite formation, and were unable to cycle the 50 times originally setup in our initial test procedure.

It is our hope that through this experimental procedure we may determine a method of pre-lithiating negative electrodes while optimizing the operating voltage window providing better performance in the areas discussed above. 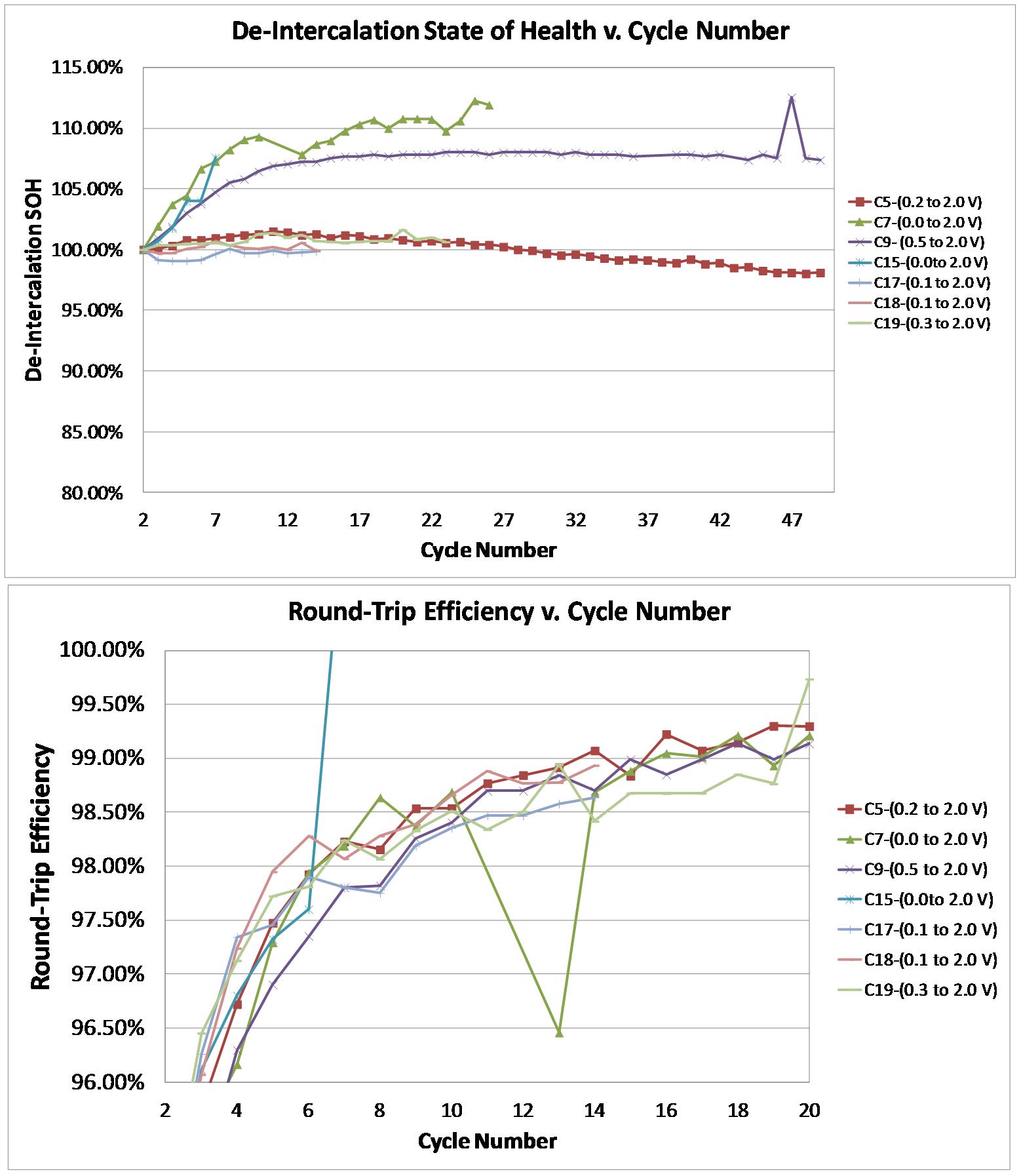