Bonnet Creek Ballroom X, Lobby Level (Hilton Orlando Bonnet Creek)
A. Mahammed (Technion - Israel Institute of Technology), B. Mondal, A. Rana, A. Dey (Indian Association for the Cultivation of Sciences, Kolkata, India), and Z. Gross (Technion - Israel Institute of Technology)
A surprising effect of halide substituents on reduction potentials and catalytic activity of beta-pyrrole halogenated cobalt corroles has been deduced by experimental and computational methods. The proton-activating cobalt(I), as well as the cobalt(II) corrole that is formed in the step during which hydrogen is formed, were characterized by NMR spectroscopy. 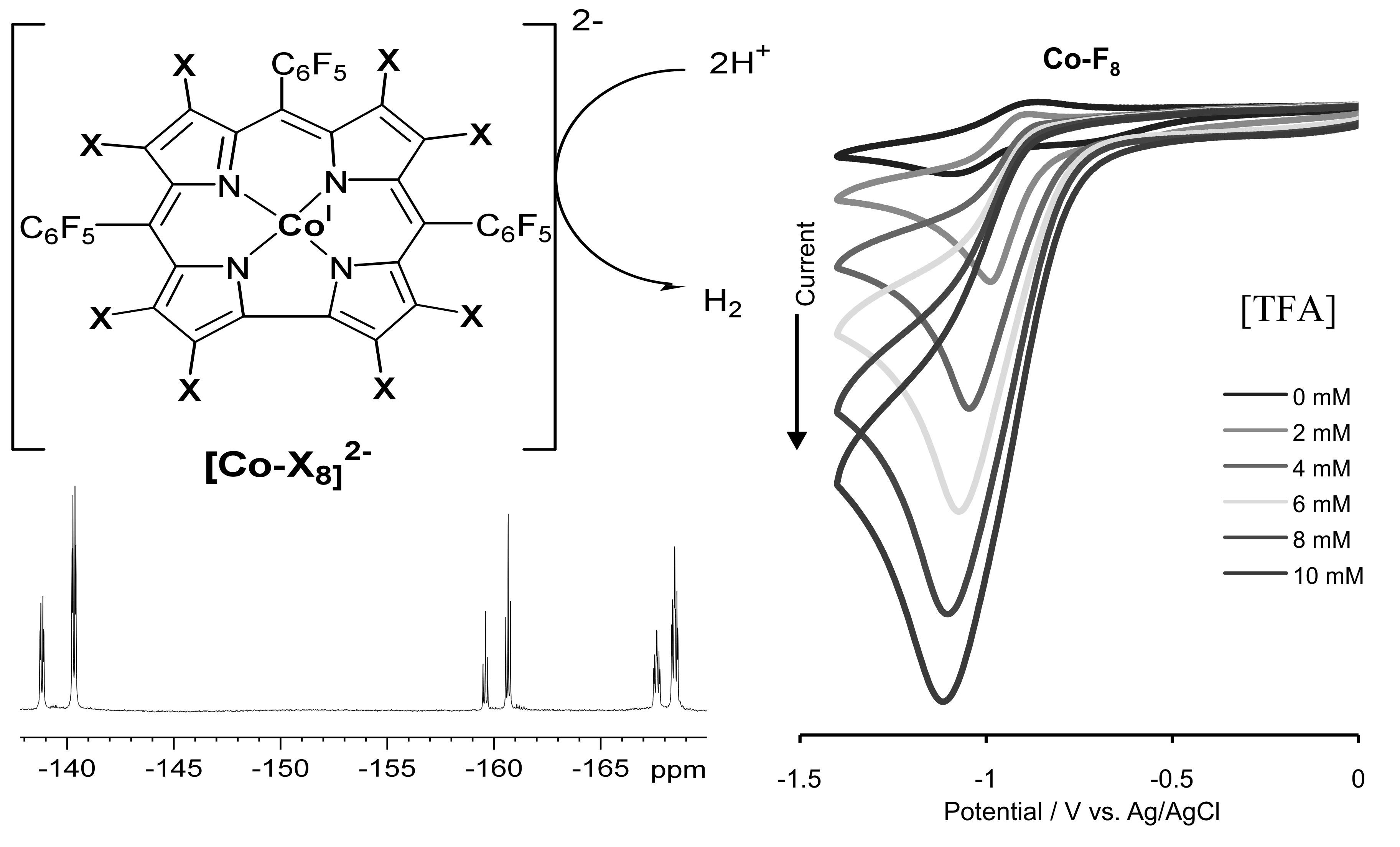