The main limiting process in a PEM-FC is the oxygen reduction reaction (ORR), which is highly dependent on the catalyst as well as the catalyst support used. The ORR has been studied on different molybdenum carbide derived carbons as well as on Pt nanoclusters deposited onto Mo2C derived carbons. [2] Mo2C is also used in heterogeneous catalysis. [3] The aim of this study was to analyse the effect of Mo2C additive on the oxygen reduction reaction at molybdenum carbide derived carbons.

XRD patterns of the different materials show traces of γ‑MoC, β′‑Mo2C and MoO2. The Raman spectra in Fig. 1. taken from different places in samples, synthesised applying different reaction times, show that the chlorination reaction has not fully terminated and samples contain traces of Mo compounds (MoO3, Mo2C) in addition to the pure amorphous carbon particles. [1,4,5] XRF measurements show that after two hours of hydrogen treatment at 800°C there is no residual chlorine from the synthesis present in the studied materials. N2 sorption/desorption measurements show a decrease in surface area with the increase of Mo2C content in partially chlorinated carbon powders. The prepared materials exhibit micro-mesoporous structure.

Surprysingly, the carbon materials with small additives of Mo2C performed electrochemically similarly to very pure molybdenum carbide derived carbons – the over potentials of ORR on C-Mo2C systems were slightly higher, the number of electrons transferred per one molecule of O2 was between three and four, and kinetic and electric double layer charging/discharging currents were of similar magnitude. With the increase of Mo2C additive, over potential increases and currents decrease. The electrochemical stability of the C-Mo2C materials was also studied and based on preliminary results was reasonably good. 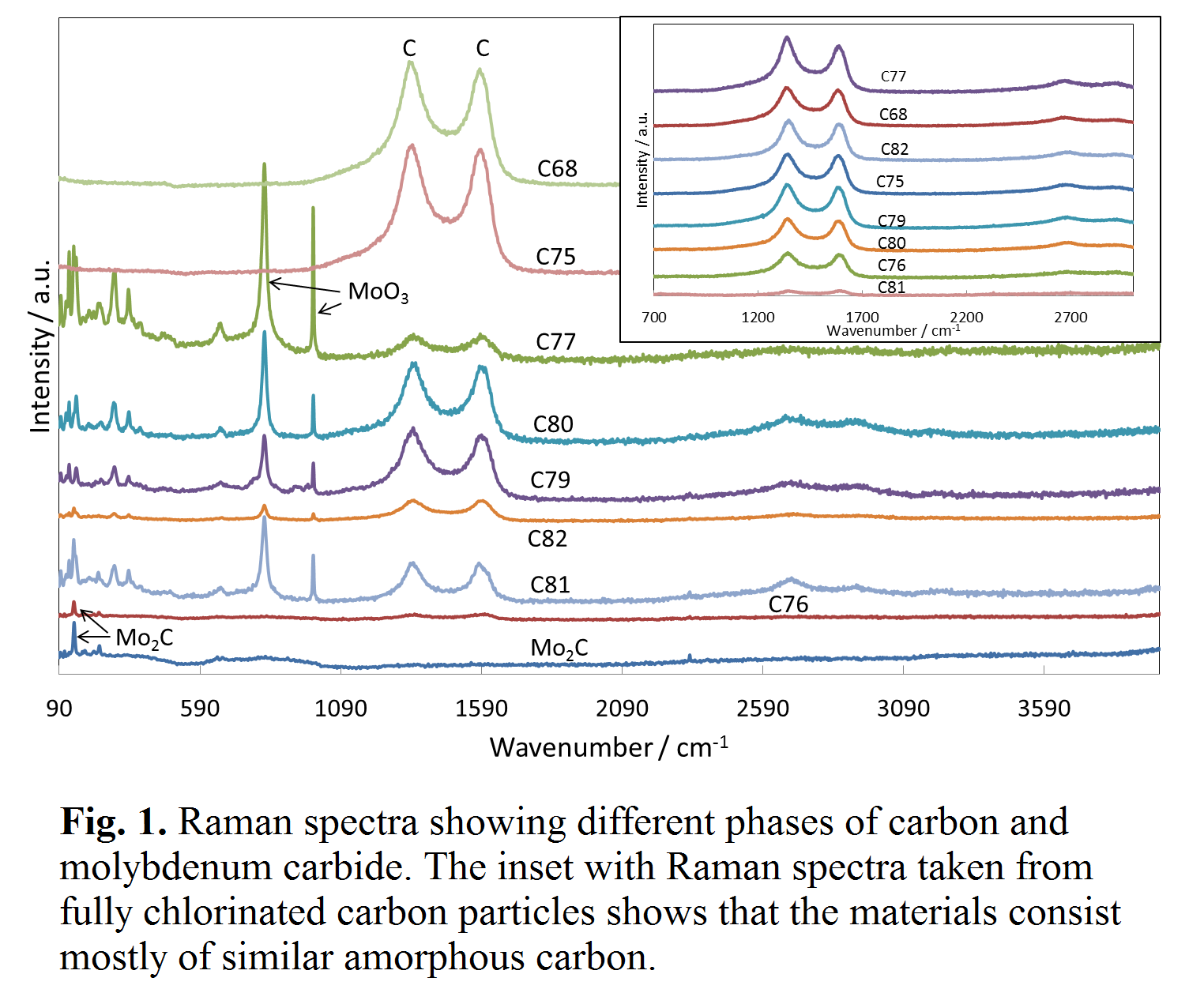