Floridian Ballroom K, Lobby Level (Hilton Orlando Bonnet Creek)
F. J. Vidal-Iglesias, J. Solla-Gullón, J. M. Pérez, and J. Feliu (Instituto de Electroquímica, Universidad de Alicante)
Researchers have particular interest in amino-terminated monolayers because they have been used for several applications. Among them, SAMs based on aromatic thiols have been vastly studied. The formation of organic monolayers by self-assembly is directed by a specific interaction between a terminal functional group and the surface, in this case the bond formed between the thiol sulphur and the metal. Aminobenzenethiols (ABTs) are frequently studied as SERS probe molecules and particularly the p-ABT is commonly used as molecular junction and building block in SAMs. Several contributions have been reported about the p-ABT adsorbed on Ag and Au due to the same specific behaviour under certain experimental circumstances. SERS from the self-assembled monolayer of p-ABT on Ag and Au is significantly different from the normal Raman spectrum of the molecule in solid state. In a normal Raman spectrum only bands that correspond to completely symmetric a1 vibrations are observed, but in its SERS spectrum, non-a1-type bands are also present (1143, 1390 and 1432 cm-1). However, the SERS from benzenethiol on these metals are substantially the same as the normal Raman spectrum. It was first speculated [1, 2] that the alteration of the spectrum of p-ABT could be due to the CT mechanism contribution, as a consequence of the alteration of the electronic states of benzenethiol by the introduction of an -NH2 group on the benzene ring. Alternatively, it was shown, based on the spectral similarity of p-ABT and 4,4’-DMAB, that the non-a1-type bands correspond to N=N stretching vibrations of 4,4’-DMAB produced from p-ABT via a catalytic coupling reaction [3]. Recently, the formation of the azo-derivative, observed in the cases of gold and silver surfaces, was not detected on copper surfaces [4] pointing out that the metal could play an important role in the azobenzene derivative formation. In our knowledge no studies have been done with Pt-group metals, which are generally accepted to be weak electromagnetic enhancing metals under conditions of visible wavelength excitation. Consequently, the CT mechanism could play an important role. We report in this work a spectroelectrochemical study with different Pt-group metals, for which a correlation between their voltammetric behaviour and the SERS spectra is established. 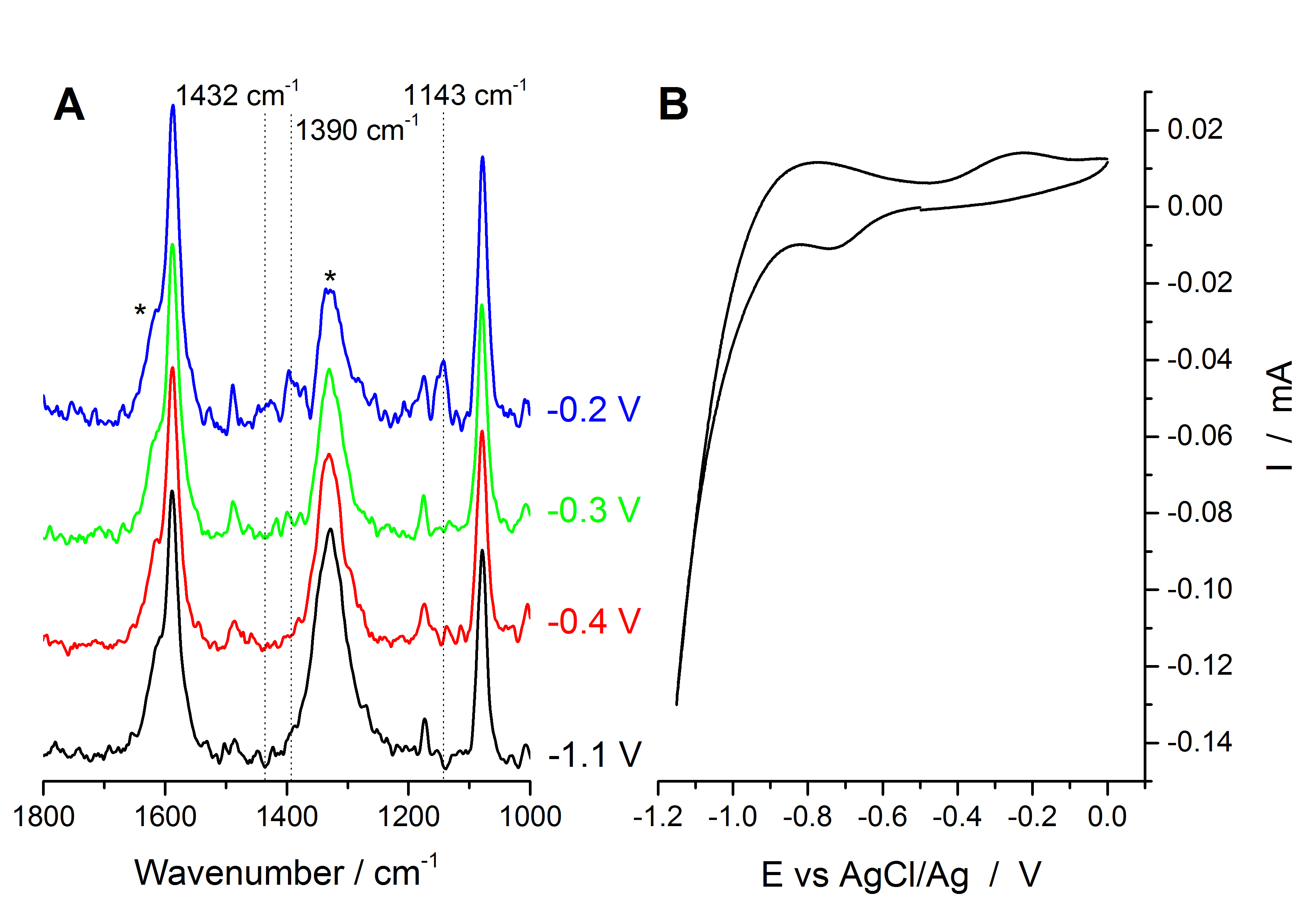