While carbon is thermochemical unstable under the PEFC cathode condition, carbon corrosion can be kinetically slow for graphitized carbon black [4]. As graphite is relatively stable, so that higher temperature heat-treatment to increase the degree of graphitization is a useful procedure to ensure longer-term durability.

Various nanostructured carbon-based materials, such as mesoporous carbon [5] and graphene [6] may be applicable to design nanostructure of electrocatalysts. Generally speaking, graphene-like surface is stable against carbon corrosion, but Pt particles on the graphene surface tend to agglomerate each other [7]. More defective surfaces are suitable to stabilize Pt particles but such surface defects could be a site where carbon corrosion may start.

(3)     Alternative non-carbon support such as oxides

As alternatives to the conventional carbon black electrocatalyst support, conductive oxides are mainly considered as carbon-free catalyst support materials [8-10]. Thermochemical calculations have revealed, as shown in Fig. 2 [8], that several oxides could be stable under the PEFC cathode conditions.

As an example, Figure 3 shows the I-V curves before and after such start-stop cycle tests for an MEA with the cathode electrocatalyst layer consisting of the Pt/Sn0.98Nb0.02O2 mixed with 5wt % vapor grown carbon fibers (VGCF-H) as the electron-conductive filler. Start-stop cycle degradation was almost negligible up to 60,000 cycles. This result confirms that Nb-doped SnO2 can be an alternative electrocatalyst support material for e.g. fuel cell vehicles (FCVs) which are suffered from the voltage cycling up to a high potential. Materials design principles for PEFC electrocatalyst supports will be discussed. 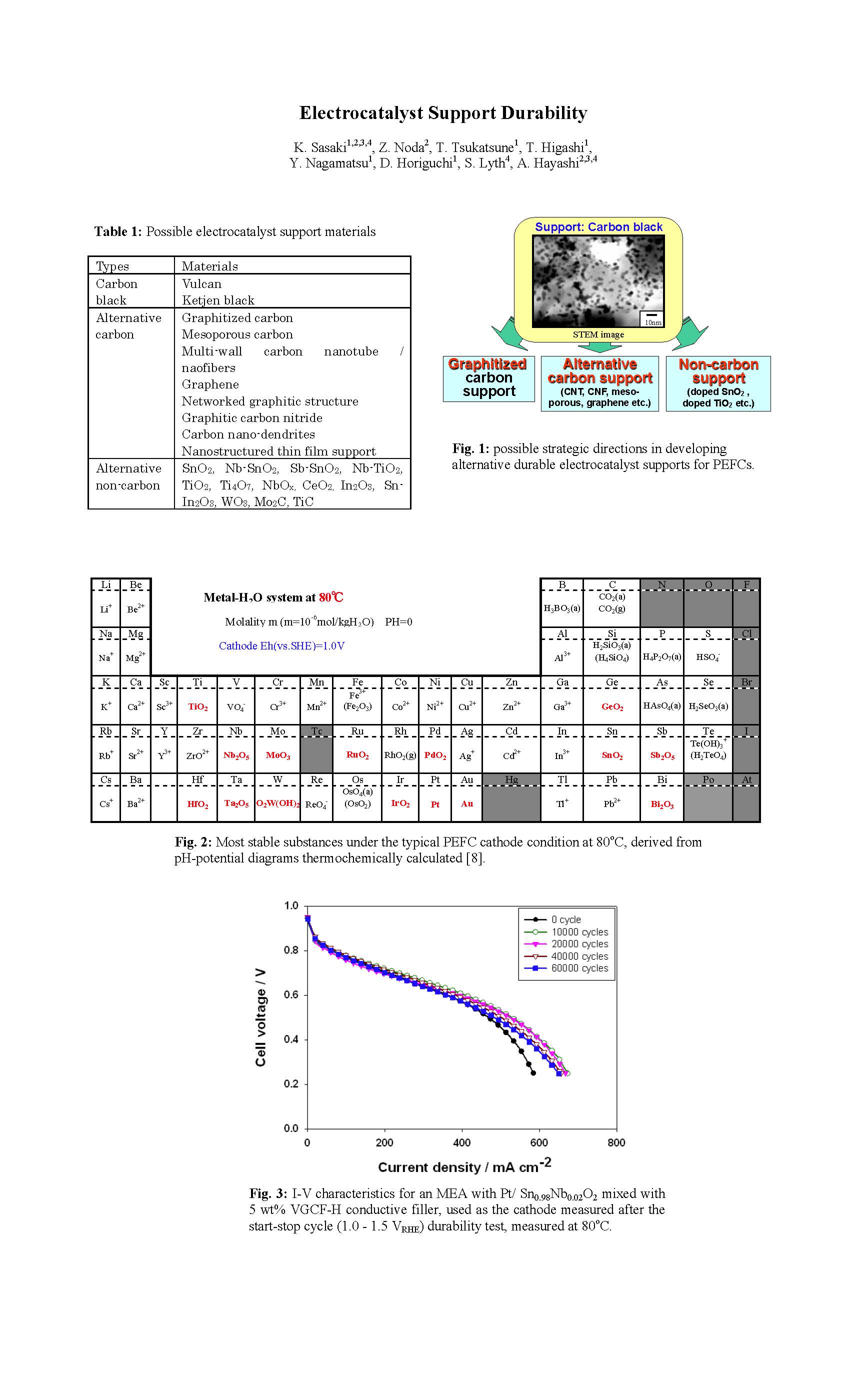