Floridian Ballroom G, Lobby Level (Hilton Orlando Bonnet Creek)
S. A. Tuurala (VTT Technical Research Centre of Finland)
A power source integrated with printed electronics could have a remarkable market potential in several mass-marketed consumer products, e.g. as package integrated functionalities or as part of diagnostic devices. One important requirement is that the power source should be biodegradable or possible to incinerate with normal household waste. This demand is not easily met by traditional battery technology. In addition, the material costs of the power source should be reasonable, should not significantly increase the price of the product, and the cells should be made from roll-to-roll (R2R) in a cost effective way.

Enzymatic biobatteries are a potential alternative to traditional batteries for low power applications. Due to the use of enzymes as catalysts and harmless organic fuels, biobatteries are non-toxic, disposable and renewable. Hence, they have potential to be developed to meet the demands that were addressed before.

In the past years we have studied printing of enzymatic layers, their electrochemical performance, functionality, and stability [1-5]. Mass manufacturing of printed enzymatic electrodes was presented in 2012 by Smolander et al. [6]. We demonstrated R2R processability of biologically active materials and the manufacturing of anodic and cathodic layers by rotary screen printing using VTT’s ROKO pilot scale printing line. The R2R manufacturing was successful and functional enzymatic power sources were constructed using these electrodes.

The characterization of the bio power sources indicated two main challenges: stability of the electrodes and moisture control of the power source. In this presentation the stability of the electrodes will be presented as well as improvements of the cell performance by adjusting the ink and activation electrolyte, as well as running conditions. The running life time was increased by adding moisture absorbing material into the power source. After these various optimization procedures app. 1.5 fold increase in the maximum power density and app. 4 fold increase in the energy output was achieved.

The support by Tekes, the Finnish Funding Agency for Technology and Innovation (co-funded by industrial companies) is acknowledged. 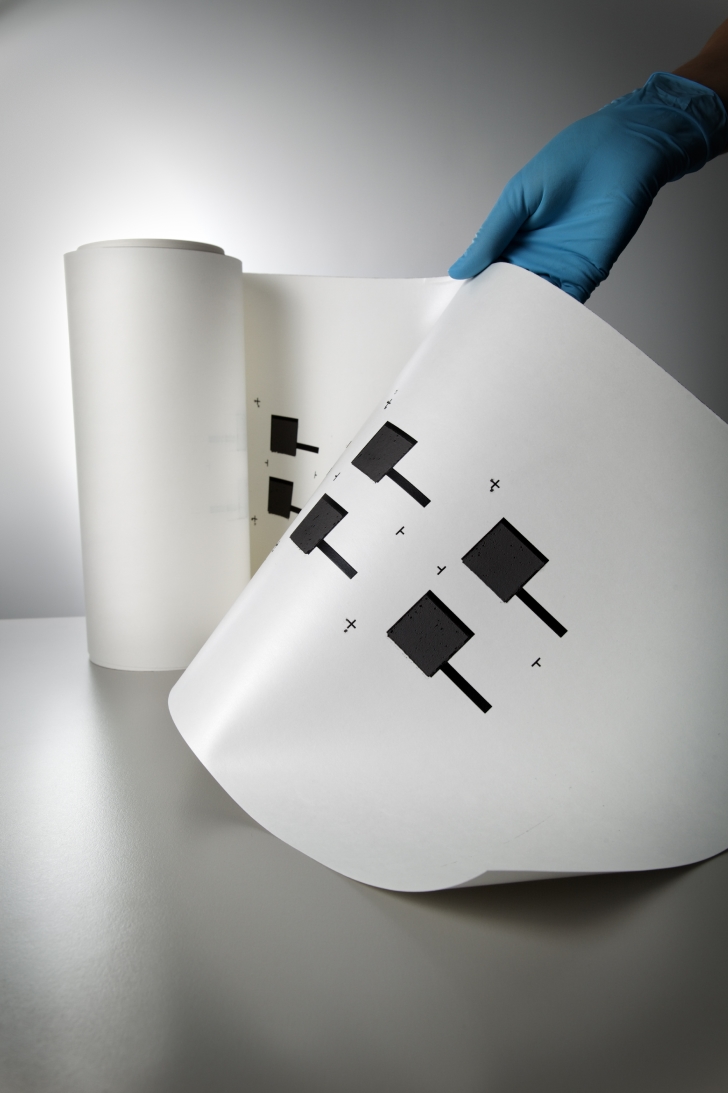