Chronopotentiometry, a technique that couples real time  electrochemical monitoring of cell voltage with synchronous in situRaman spectroscopy, provides insight into the mechanisms of carbon deposition and removal as well as the effect deposited carbon has on fuel cell performance (3). This technique can quantify the carbon growth with < 2 second temporal resolution and 1 μm spatial resolution across the anode surface.

In this work, we examine qualitative differences in carbon buildup (Fig. 1) between yittria-stabilized zirconia (YSZ) and ScSZ supported solid oxide fuel cells with a Ni-YSZ cermet anode exposed to methane at 675 °C and 725 °C. We also discuss the differences in the linear sweep voltammetry (LSV) between cells running under methane and hydrogen. (Fig. 2)

Figure 2: (Top) Comparison of carbon growth at different polarizations of YSZ and ScSZ SOFCs operating at 725 °C under methane fuel. (a) ScSZ OCV (b) ScSZ 75% IMax (c) YSZ OCV (d) YSZ 75% IMax (Bottom) Comparison of LSV traces running under H2 and CH4. The “swing” in the CH4 trace, indicating a change in carbon removal mechanism can be seen at 150 mA (4).

Observed differences between the amounts of carbon formed for YSZ and ScSZ fuel cells at high and low temperatures and different polarizations (Fig. 2) implicate a role played by the electrolyte in the formation of carbon on the anode. Different carbon removal mechanisms have fundamentally different Nernst potentials, and when coupled with Raman spectroscopy, allow us to identify not only the relative amounts, but also the type of carbon formed. 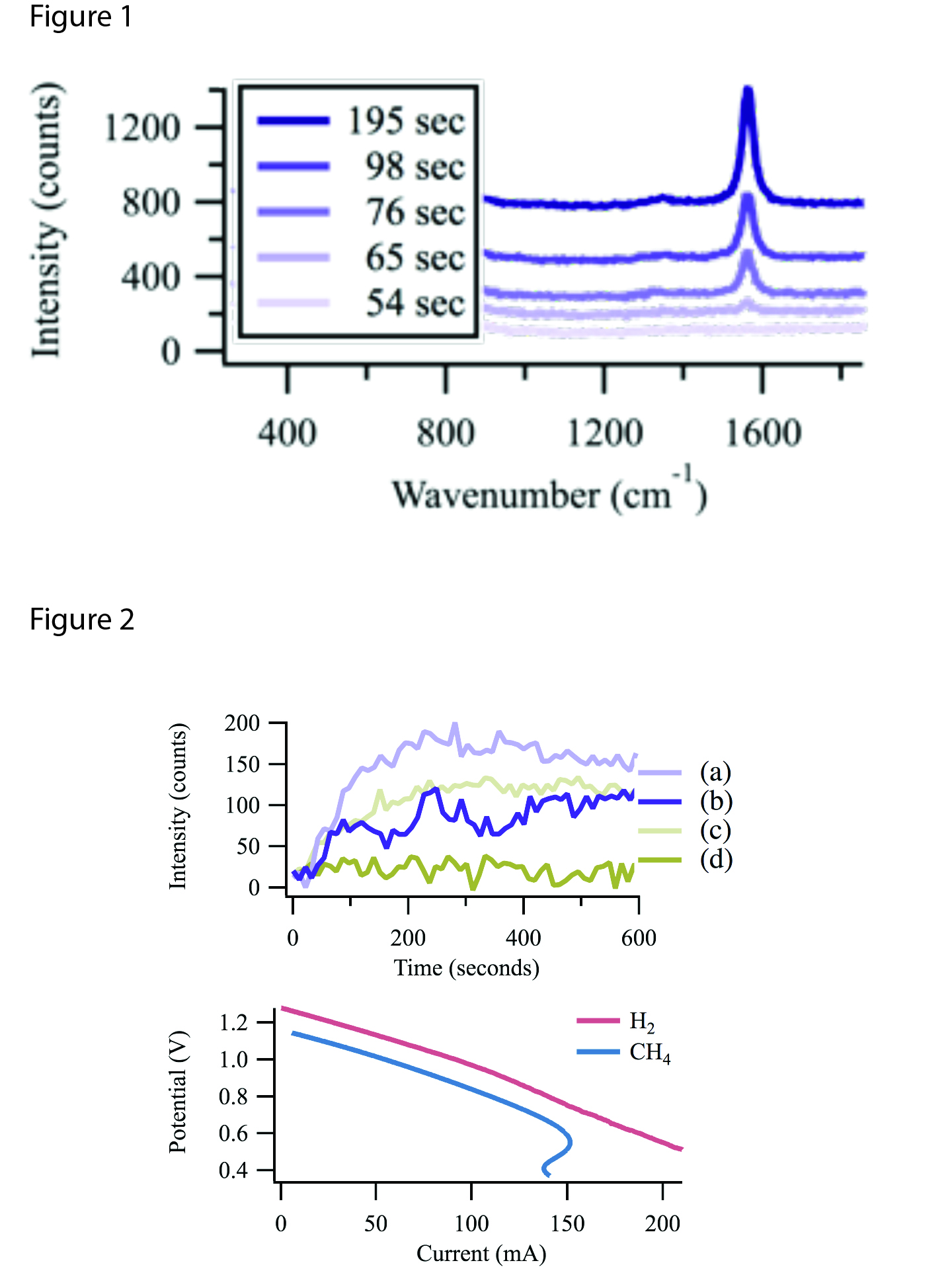