Transparency and flexibility are new terms of innovation associated with advanced display applications such as head-up displays for cars, smart windows, display tables, smart cards and rollable smart phones. Hence, thin film transistors (TFTs) as a driving element in display devices are required not only semiconductors that are capable of high level of performance but also unique materials properties such as transparency.1 Moreover, for the low-cost and large scale device applications, the advanced process conditions are required, such as a low-temperature sintering, solution-processiblity and so on. Solution-processed metal-alloy oxides such as indium zinc oxide (IZO), indium gallium zinc oxide (IGZO) has been extensively researched due to their high electron mobility, environmental stability, optical transparency, and solution-processibility.2 In spite of their excellent material properties, however, there remains a challenging problem for utilizing IZO or IGZO in electronic devices: the supply shortage of indium (In). The cost of indium is high, what is more, indium is becoming more expensive and scarce and thus strategically important. Therefore, developing an alternative route to improve carrier mobility of solution-processable ZnO is critical and essential.3 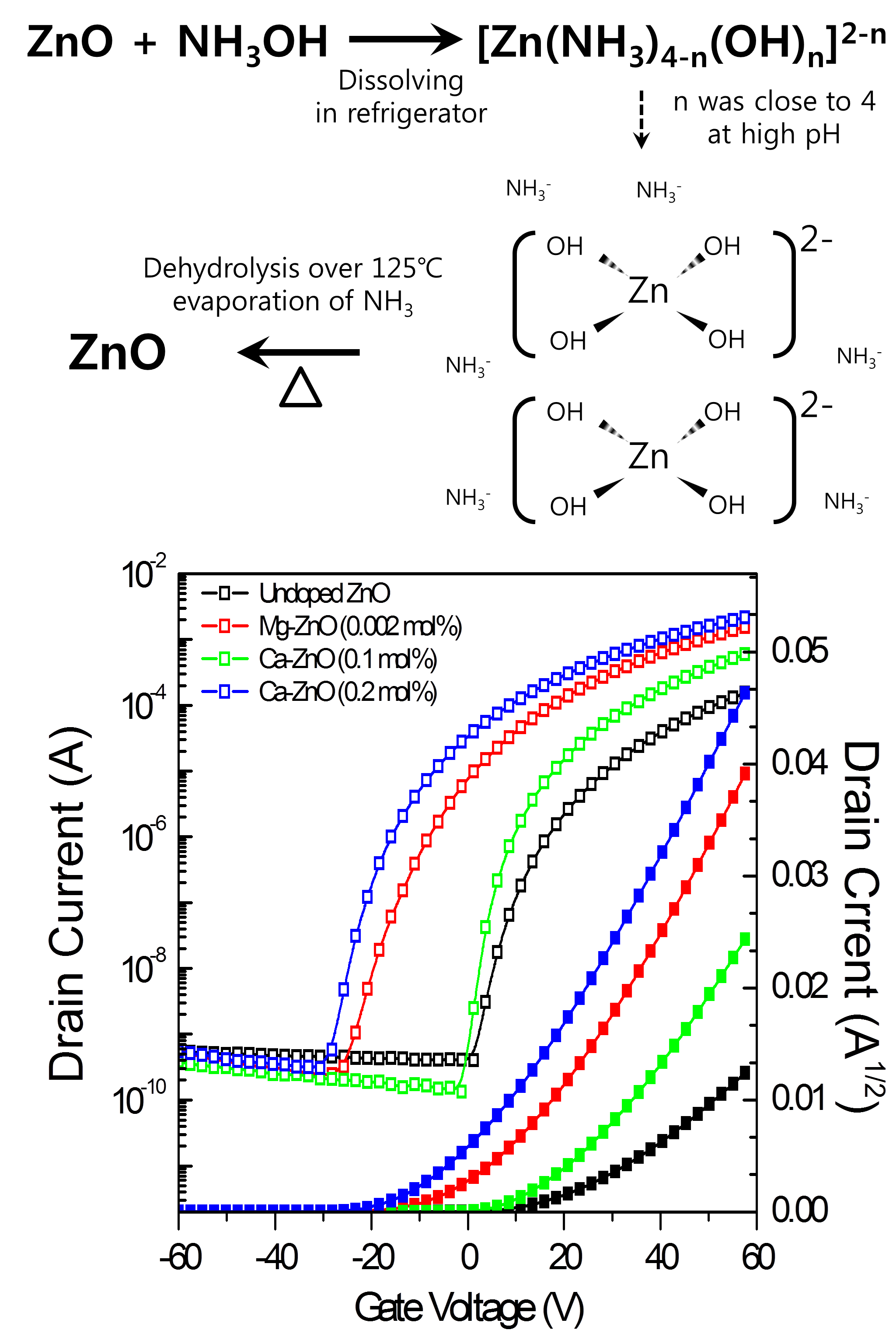