1364
The Electrolytic Dissociation of 1,4-Cyclohexanedicarboxylic Acid

Expo Center, 1st Floor, Center and Right Foyers (Moon Palace Resort)
E. Kvaratskhelia, R. Kvaratskhelia, and R. Kurtanidze (Ivane Javakhishvili Tbilisi State University)
Cyclohexanedicarboxylic acids are widely used as the members of the positive resist radiation-sensitive composition, the coating resinous compositions, for production the high-solid polyurethane coatings for such demanding markets as automotive, transportation, maintenance, and aerospace. In this communication the regularities of electrolytic dissociation of trans-1,4-cyclohexanedicarboxylic acid are studied by the suggested by authors original method for calculation the parameters of dissociation of weak multibasic organic acids with the “overlapping” equilibria effect.

For weak dibasic organic acids the law of dilution for both dissociation steps may be expressed as follows:

The values of the activity coefficients were approximated by the Debye-Huckel equation:

where ai is the cation-anion distance of closest approach, A and B are constants depending on the properties of water at given temperature, ziis the charge of ion. Ionic strength .

According to equations [1] and [2] the degrees of dissociation α1, α2 and α′2can be evaluated successively by iterative solution of following two quadratic equations:

The equilibrium concentrations of the dissociation products: hydrogen ions, mono- and dianions and undissociated acid molecules can be calculated with the aid of the following equations:

In Tables I the values of α1, α2, α′2and pH for the dilute solutions of acid are presented.

Table I. The values of the dissociation parameters

We suggest also the simple empirical equations for fast approximate calculation of the dissociation parameters of trans-1,4-cyclohexanedicarboxylic acid: 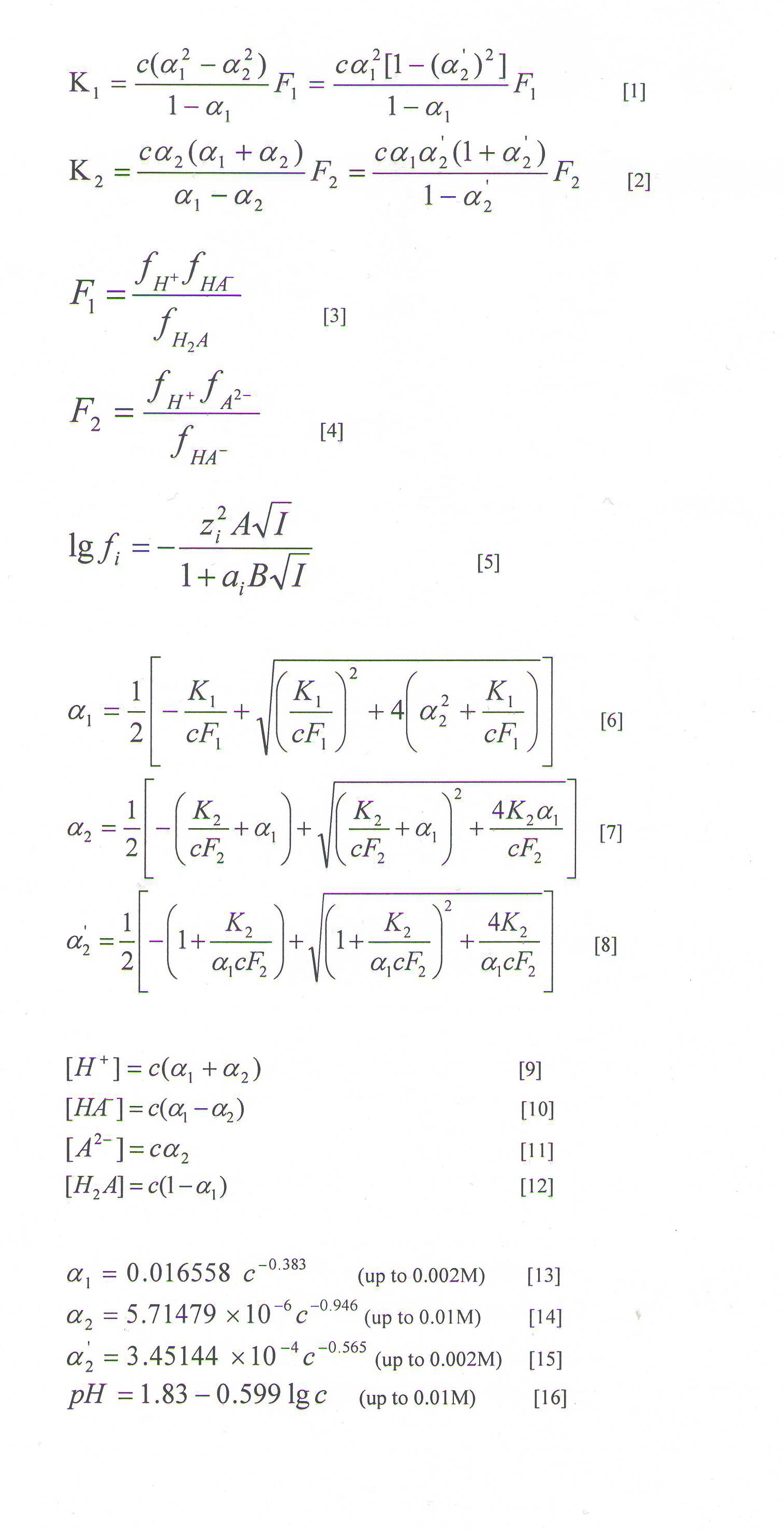