Sunrise, 2nd Floor, Galactic Ballroom 2 (Moon Palace Resort)
K. Xiang, D. B. Ravnsbaek, W. Xing, Z. Li, and Y. M. Chiang (Massachusetts Institute of Technology)
In past two decades, tremendous research efforts have been devoted to understanding the phase transformation behavior of olivine type cathode materials, especially LiFePO4 (LFP). It is well known now that insertion/extraction of lithium in LFP is accompanied by a first-order phase transition between lithiated and delithiated states. Various reports have shown that there is 20~30mV voltage gap between charge and discharge within two-phase range. This voltage hysteresis is attributed to the energy barrier to form intermediate compositions on the single particle level and sequential particle-by-particle transition behavior on the multi-particle level. [1-8]

In order to determine voltage hysteresis (or zero-current gap), the open-circuit voltage (OCV) of LMFP within the Fe(II)/Fe(III) phase transition region was measured after charging and after discharging to the same composition. The zero-current gap is the difference in OCV under these two conditions. We found that there is no zero-current gap or thermodynamic hysteresis in LMFP (y=0.1, 0.2, 0.4), as shown in Figure 1. This result indicates that the energy barrier for LMFP to accommodate intermediate composition on single particle level is negligible, resulting in continuous phase transition behavior despite the fact that the composition is well within the two-phase field. Also this result supports the hypothesis that phase transition in LMFP (y=0.1, 0.2, 0.4) takes place in many particles simultaneously.

This result may be correlated with the observation that LMFP (y<0.6) has better rate capability than LFP at high rates. Under extremely high rates, surface reaction/transport rather than bulk transport/transition may become rate-limiting. For similar materials, the exchange current density should be similar, hence reaction rate may be correlated with the effective surface area. With the phase transition taking place simultaneously in many particles, LMFP (y<0.6) should have higher active surface area and thus superior rate capability under high rates. 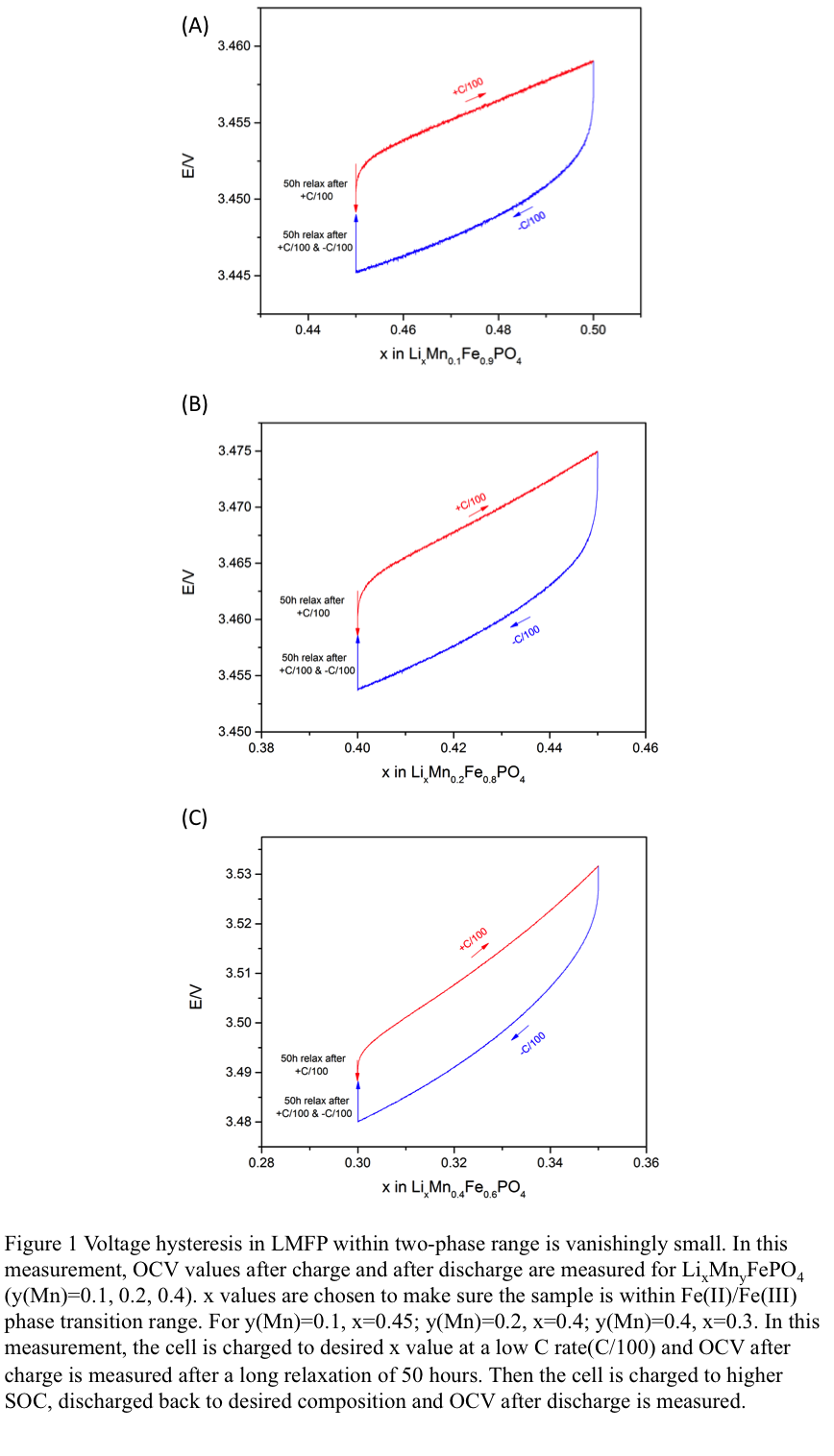