Challenges with Li/Se systems are somewhat similar to that of Li/S systems, including polyselenide dissolution during the cell operation and limited (although an order of magnitude higher than in S) electronic conductivity. Several groups utilized porous carbon structure to entrap Se into conductive framework and showed promising results.[5, 6] This approach might be able to both reduce polyselenide dissolution and increase the electrical conductivity of selenium for higher power density.

In this study, we have successfully prepared Se infiltrated ordered meso- and microporous silicon carbide derived carbon (CDC) composites with high Se contents (~60 wt. %). 2016 coin cells were assembled using a Li metal foil anode and Se-CDC cathodes with various electrolytes. The cells were tested at different C-rates of C/10, C/5, C/2, and 1C. The durability test was continued at C/5 for 150 cycles.

The rate performance of Se-CDC cathodes showed a significant impact of electrolyte composition (Figure 1). The Se-CDC composite exhibits a stabilized discharge capacity of 457 mAh/gse within 3 cycles at 0.1 C charge/discharge rate. However, the cell with electrolytes 1 was slowly missing active material and stabilized only after ~15 cycles. Se utilization in Se-CDC cells was also affected by the electrolyte composition. However, the overall performance of all Li/Se-CDC cells in all electrolytes was rather stable compared to that of the similar Li/S-CDC cells. Very stable performance up to 150 cycles was demonstrated (Figure 2). After 150 cycles, the discharge capacity of the Se-CDC in electrolyte 3 retained approximately 72% of its theoretical capacity, while the same electrode in electrolyte 1 and electrolyte 2 showed relatively poor capacity retention of 39% and 33% respectively.

In this talk we will discuss the key performance differences between Se and S cathode chemistries and offer our explanation to the improved Li-Se cell stability.

Different aspects of this work were supported by the Energy Efficiency & Resources program of the Korea Institute of Energy Technology Evaluation and Planning (KETEP) funded by the Korea government Ministry of Knowledge Economy (grant 20118510010030) and by the US Army Research Office (grant W911NF-12-1-0259). 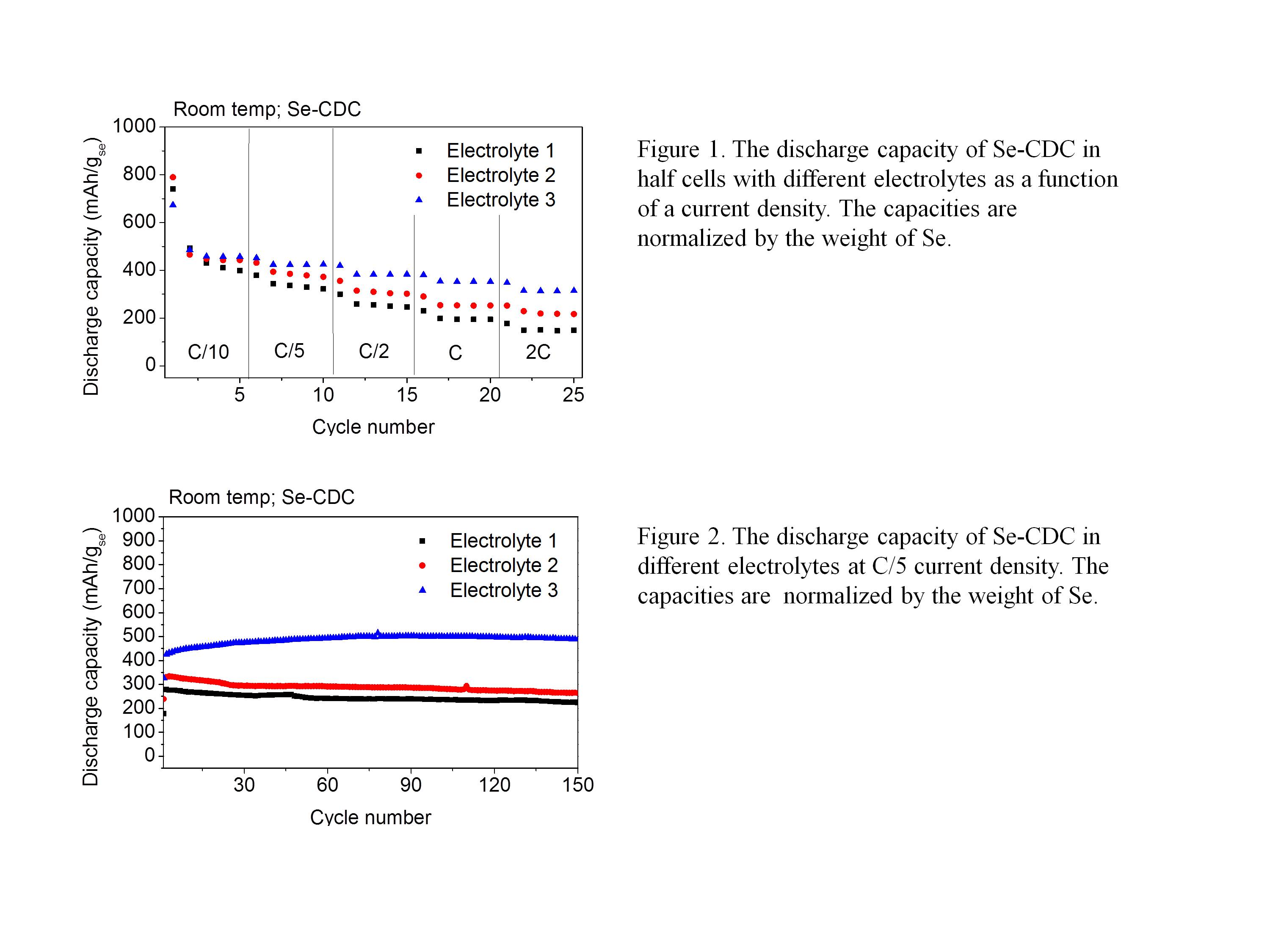