The broad diffraction of 00l Bragg diffraction lines is observed in all the wide angle X-ray scattering (WAXS) patterns of the samples and the diffraction angle shifted to high angle with increase in the synthesis temperature, suggesting a disordered structure with locally ordered hexagonal carbon layers and the decrease in layer distance with elevating the temperature. These results are also in a good agreement with the previous report [2]. The small-angle X-ray scattering (SAXS) analysis reveals enlargement of nanopore size and decrease of nanopore number in the disordered structure at higher temperatures. In Raman spectra, the G-band peaks show no significant changes among the hard carbons.  In contrast, the D-band peaks become relatively wide for lower temperature carbons, which is probably due to defects in the structure and the existence of functional groups. Electron spin resonance spectroscopy (ESR) data suggests that the lower and higher temperature carbonization leads to open and close nanopores, respectively. Structural characterization by BET analysis and TEM observation further supports these results.

The electrochemical properties for the hard carbon, possessing different structures synthesized at different carbonization temperatures, are examined in non-aqueous lithium and sodium cells. As shown in Figure 1, charge/discharge curves for all the samples show a sloping profile region at relatively high voltage in both cells where Li+ and Na+ ions are intercalated into van der Waals gap between the hexagonal carbon layers [1]. Moreover, a flat long plateau approaching to the equilibrium potential of Li and Na metals is observed, where the alkali atoms are inserted into the nanopores. The reversible capacity delivered in the two voltage regions is significantly influenced by the carbonization temperatures. In case of 1300°C, the high capacity of 300 mAh/g was achieved with good capacity retention in Na cell. It is noted that the temperature dependence on the reversible capacity is different for Li and Na cells. This fact also supports the difference in the structure of hard carbon synthesized at different carbonization temperatures, and Na/Li insertion mechanisms related to the nanometric structure of the carbon. State analysis of inserted sodium is performed by 23Na NMR for different carbons. The details of the correlation between carbonization temperature and the electrochemical performance of hard carbon as negative electrode materials in Li and Na cells will be presented.

This study was in part granted by “Funding for NEXT Program,” and "Elements Strategy Initiative to Form Core Research Center" (since 2012) from MEXT, Japan 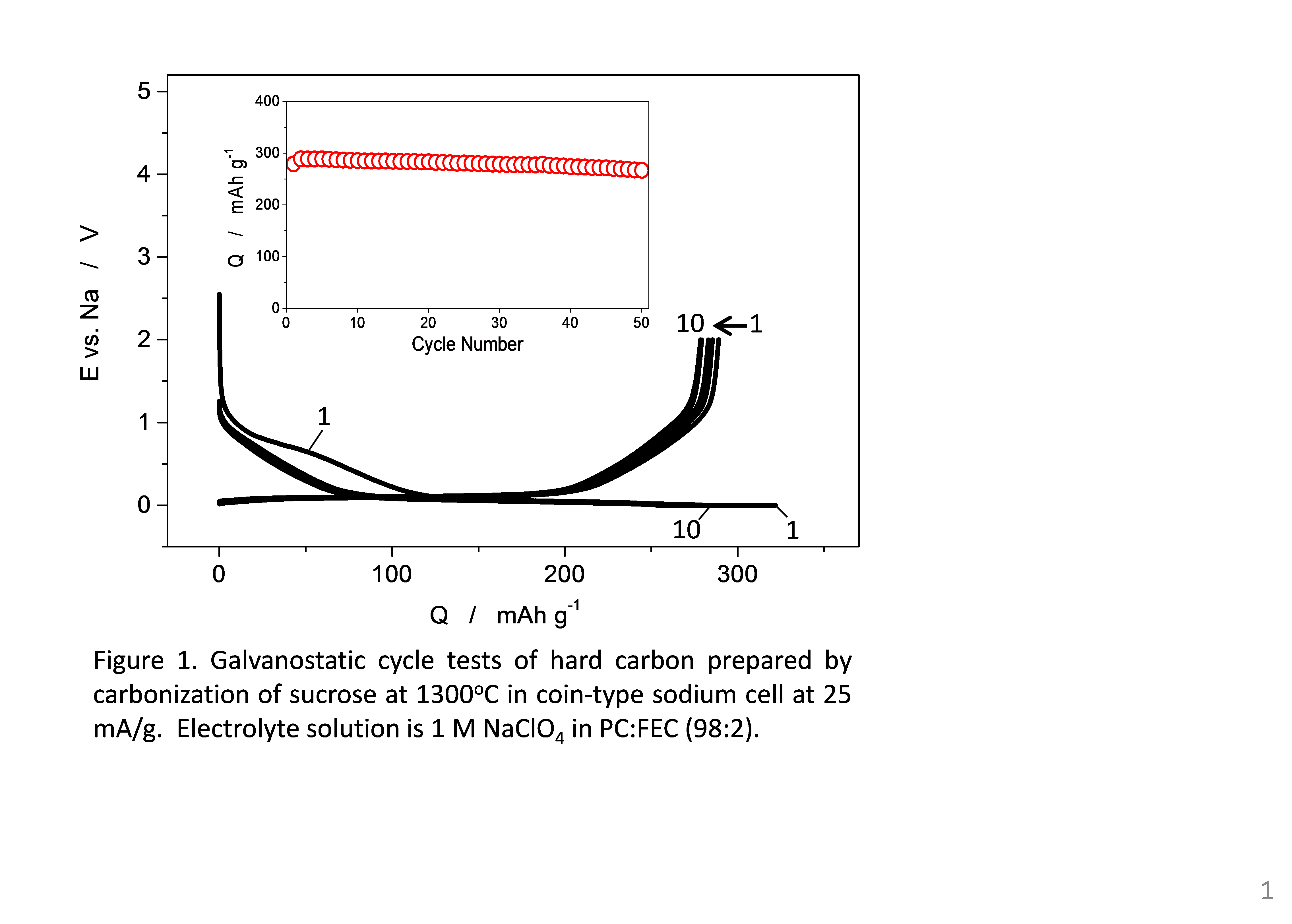