Development of non-noble metal cathodes as alternative materials of platinum is required for practical application of PEFCs. We focused on the oxide-based compounds of group 4 and 5 metals because of their high chemical stability. We reported that carbonitrides of tantalum, niobium, zirconium and titanium oxidized under low oxygen partial pressure had high catalytic activity for oxygen reduction reaction (ORR) in acidic solution [1-3].

In this study, we prepared two kinds of Ti-CNOs, that is, Ti-CNO(TPPz_NMP) prepared by the impregnation method using N-methylpyrrolidone (NMP) as solvent and Ti-CNO(TPPz_dry) prepared by ball-milling in dry process, and compared them to obtain principle of catalyst design.

TiOTPPz was supported on multi-walled carbon nanotube (MWCNT) as a conductive support by impregnation method using NMP as solvent. The powder was heat-treated at 900oC under N2 containing 2% H2 + 0.05% O2 to prepare oxide-based catalyst powder (Ti-CNO(TPPz_NMP)). TiOTPPz was mixed with MWCNT and the mixture was conducted ball-mill in dry process. The powder with dry ball-mills was also heat-treated under the same condition to obtain Ti-CNO(TPPz_dry). 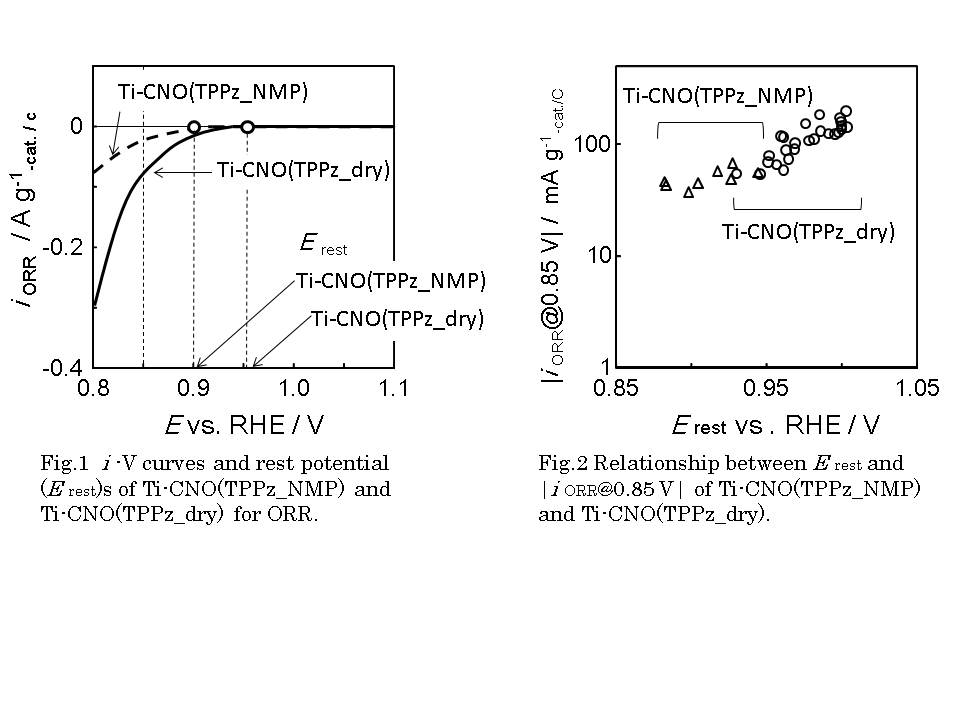