Commercial Pt/C catalyst (TEC10E50E, Tanaka Kikinzoku Kogyo) and electrolyte membrane (Nafion NR211, DuPont) were used for the single cell tests. The platinum loading on the anode / cathode was set at 0.1/ 0.3 mg cm-2, respectively. The MEAs were assembled into a JARI standard cell (25 cm2 of electrode area). The cell temperature was 60ºC, and the dew point temperatures of the anode and the cathode were 47ºC and 40ºC , respectively. The anode gas was hydrogen mixed with CO (0.2 - 1.0 ppm), and the cathode gas was purified air. The stoichiometry of fuel and air was 1.4 and 2.5, respectively. The CO and carbon dioxide (CO2) at the anode outlet concentrations were analyzed by a gas chromatograph with a pulse discharged helium ion detector.

From these results, the adsorption behavior of CO near the allowable concentration was analyzed. The relationship between the voltage drop and the amount of CO adsorption will be discussed at the meeting.

This work was partly supported by the New Energy and Industrial Technology Development Organization (NEDO). 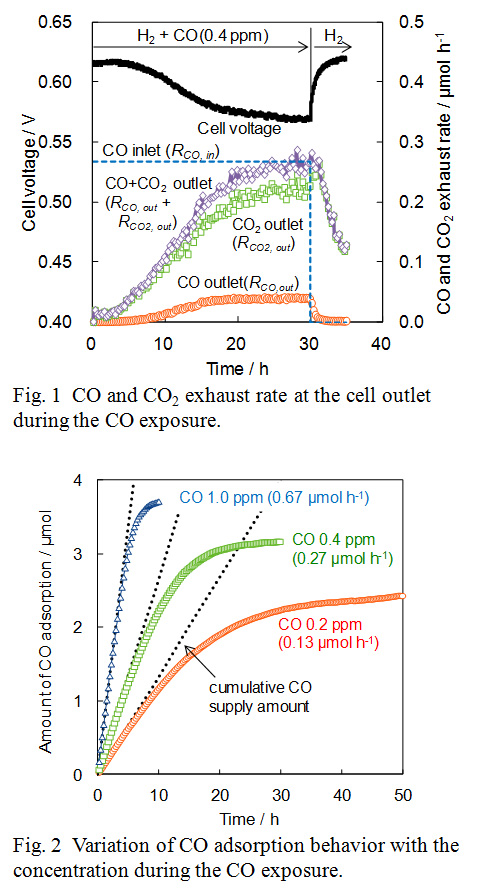