The H2O2 reduction at Pt electrodes in H2SO4 solutions (H2O2 + 2H+ + 2e- → 2H2O) has a unique feature where various kinds of oscillations, named oscillations A, B, C, D, E, F and G, are observed, as we reported more than a decade ago. The mechanisms of the oscillations except for oscillation G have been investigated and the appearance of such a various types of oscillations has been explained by the following three kinds of NDRs:

1. The NDR induced by the formation of upd-H (oscillations A, B and D).

2. The NDR induced by the formation of adsorbed OH (oscillations C and E).

3. The NDR induced by the formation of adsorbed Br (oscillation F).

Figures 1a and 1b show the current (I) – potential (E) curves for a Pt-disc electrode in 0.10 M H2SO4 + 0.25 M H2O2 with or without Na2SO4, measured under current controlled conditions. The H2O2-reduction current started to flow at ca. 0.8 V. In the absence of Na2SO4, oscillation B appeared as a potential oscillation, which was accompanied by the hydrogen evolution reaction. However, in the presence of Na2SO4, oscillation B did not appear but oscillation H did in the potential range between ca. 0.1 and 0.6 V. Very similar behavior was observed by the addition of K2SO4. Figure 1c shows the Nyquist plot obtained at 0.46 V. It indicates that oscillation H was induced by NDR-OH because NDR-OH was observed at 0.46 V without Na2SO4. The plot also indicates that oscillation H can be classified into the HNDR-oscillator.

This work is partially supported by the Research Institute for Science and Technology of Tokyo Denki University under Grants Q12E-02. 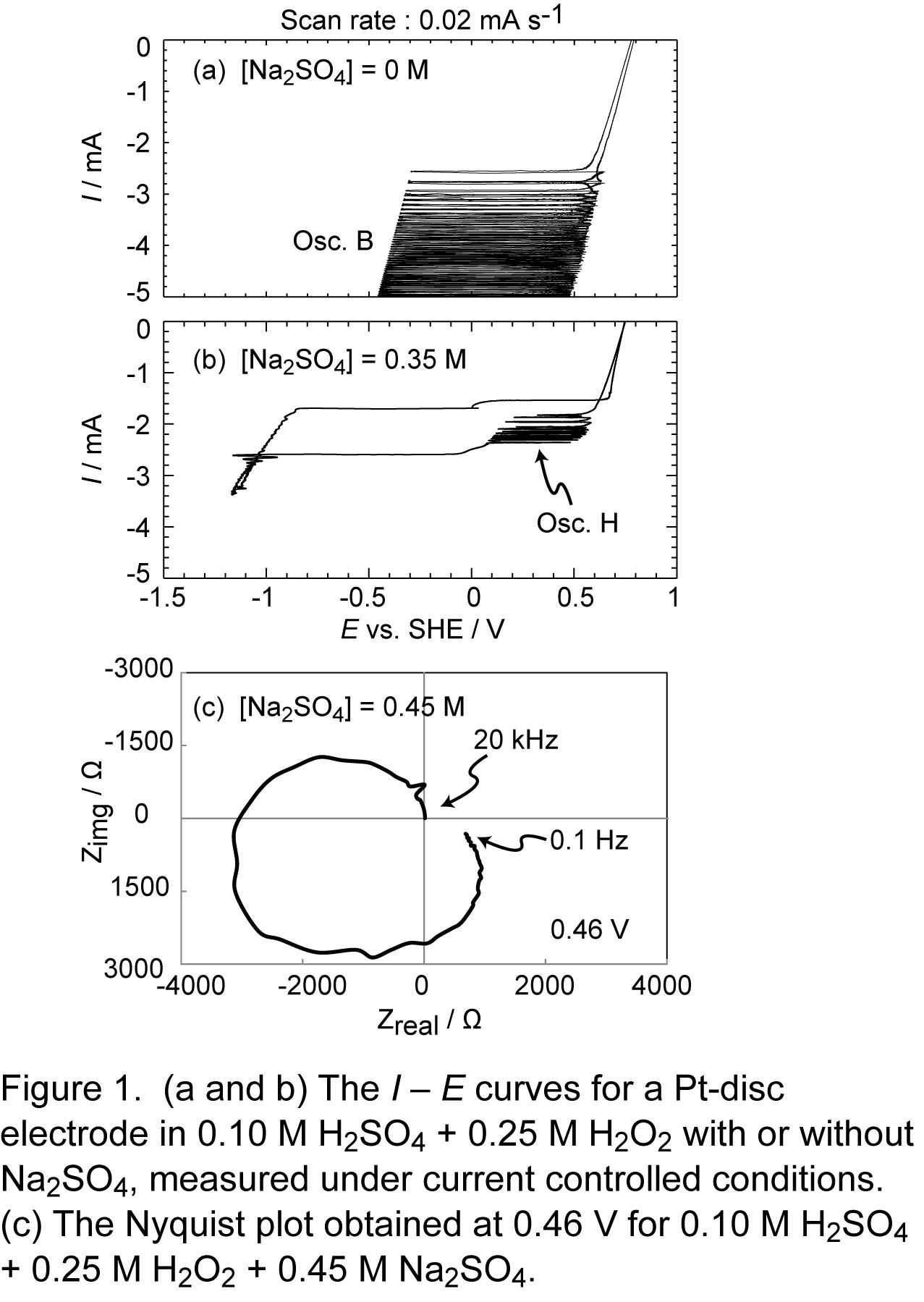