The non-isothermal model is used to estimate the maximum temperature inside the membrane electrode assembly under different operating conditions such as hot and dry, and cold and wet. At low humidity conditions, the mathematical model predicts a significant performance drop in the cell due to drying out of ionomer. The cathode catalyst layer is found to be the hottest, with temperatures rising by more than 10ºC at high current densities (Figure 1). A detailed breakdown of various heat sources inside the cell at different current densities is also provided (Figure 2). It is observed that heat of sorption, which has generally been ignored in previous non-isothermal models, is more significant than protonic ohmic heating at medium current densities, and causes a shift in temperature distribution in the in-plane direction. At high current densities, heat of sorption accounts for roughly 15% of the overall heat generated in the cell, and it is concluded that this term cannot be ignored.

There is ambiguity in the literature regarding reversible heat distribution between the half-cell reactions of the ORR and HOR [3]. Based on the data by Ramousse et al. [3], the HOR should be exothermic. This is contrary to the general practice of assuming the HOR to be athermic. Using the non-isothermal model with an exothermic HOR, it is shown that the assumption causes a cell performance drop and the maximum temperature of the cell to shift from the cathode catalyst layer (CCL) to anode catalyst layer (ACL).

Thermal management strongly affects water transport in the cell. Therefore, the thermal transport equation is solved with a detailed water management model including thermal-osmosis. The non-isothermal model predicts higher sorbed water movement from the ACL to CCL due to drying out of ionomer in the CCL when compared to an isothermal model (Figure 3). The contribution of thermal osmosis to sorbed water flux is as much as 15% as shown in Figure 3.

The thermal conductivity of microporous layer is found to significantly influence the cell performance predictions. If reduced considerably, the model predicts self-heating of the MEA and a complete dryout of the cell (Figure 4). 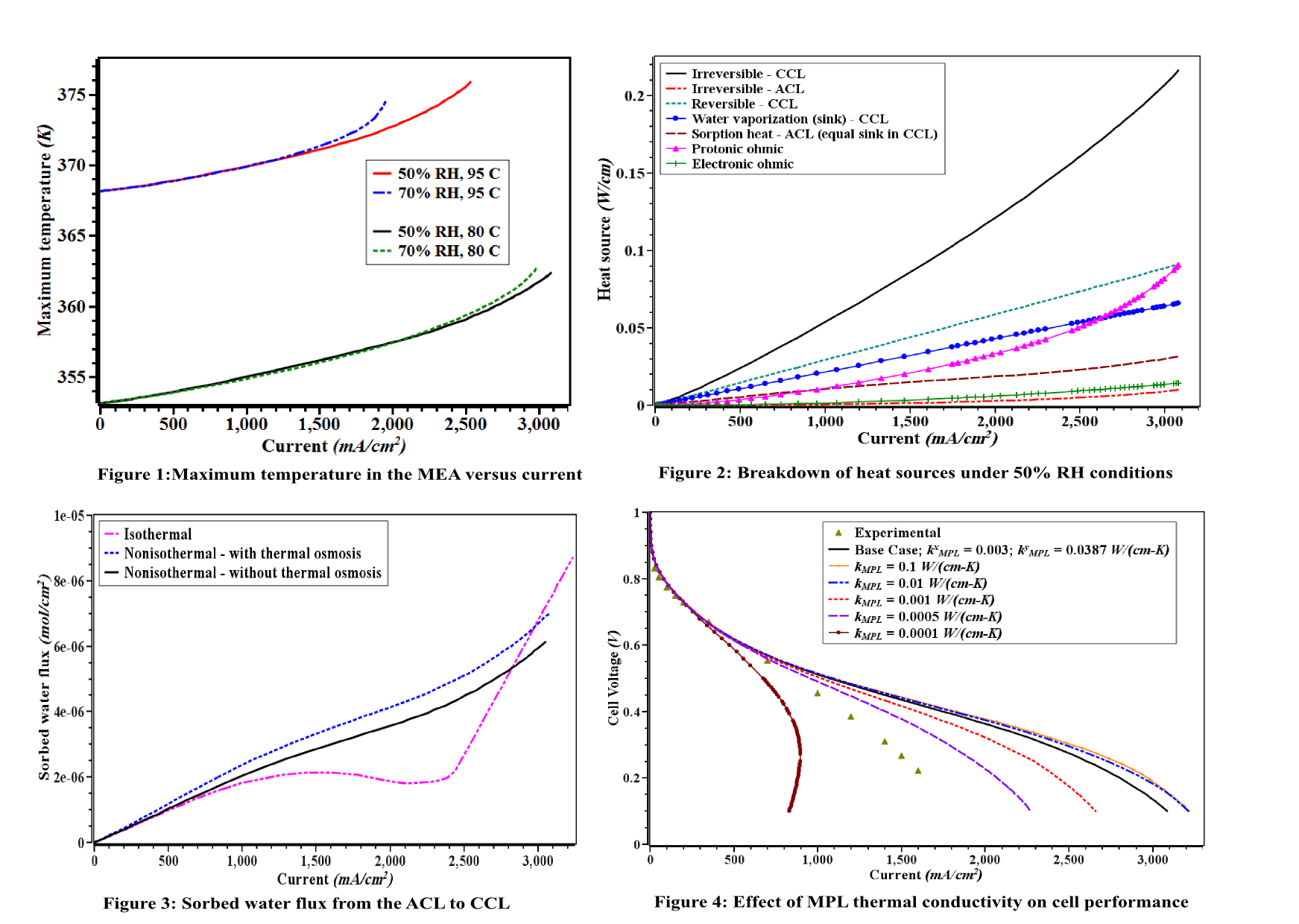