The cathode was fabricated by mixing powder of the synthesized β-NiOOH as the active material, acetylene black as a conducting additive and PTFE as a binder at the ratio of 80:15:5 by weight. Platinum plate was used as counter electrode and Ag/AgCl reference electrode was used as reference. The electrolyte was an 8M potassium hydroxide. Carbon was coated on the surface of nickel mesh by ion sputtering device. Carbon coated nickel mesh was used to investigate the local cell reaction between electrode material and CC. As reference, gold, platinum and nickel mesh were used as CC.

We discharged the electrode material to the cutoff voltage of 0.19V(vs. SHE) at 30mA/g and charged for 6h at 30mA/g. Then, we discharged to the half of the cell capacity at 30mA/g. After that, we opened the circuit and set rest for 3d. X-ray diffraction analysis of cathode was conducted using RINT-TTR (Rigaku co., CuKα, 200mA, 30kV) . 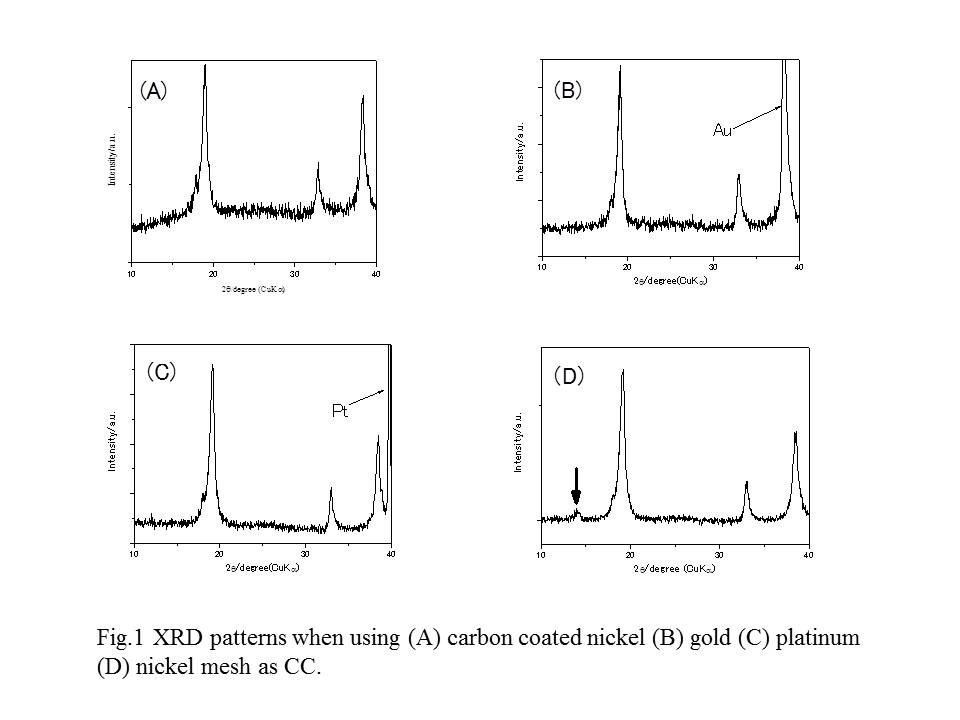