Expo Center, 1st Floor, Center and Right Foyers (Moon Palace Resort)
B. J. Hertzberg (Department of Mechanical & Aerospace Engineering, Princeton University), L. Sviridov (CUNY Energy Institute at the City College of New York), E. A. Stach (Brookhaven National Laboratory), A. Mehra, and D. A. Steingart (Department of Mechanical and Aerospace Engineering, Princeton University)
There is a need for reliable, low-cost energy storage for electric vehicle applications. While advanced Li-ion batteries may possess sufficient power and energy density to be useful for electric vehicles, their high manufacturing and materials costs make them unsuitable outside of a relatively small market niche. Alkaline batteries, one of the most common modern forms of primary battery, are potentially ideal for electric vehicles. These cells depend on a reaction between zinc (Zn) and manganese dioxide (MnO2) to generate energy. This reaction gives alkaline batteries a relatively high energy density and a low cost per kilowatt-hour, but phase transformations occurring during deep discharge prevent recharge. In a typical alkaline battery, useful rechargeability with minimal capacity losses can only be achieved if no more than 10% of the cells capacity is used. [1]

We have developed a new family of electrode materials, new to the literature, which consist of aragonite- or calcite-type carbonates with extensive substitution of manganese atoms on carbon sites. These materials are produced by a simple one-step hydrothermal process, which transforms the surface of a carbon precursor material into an manganese-doped carbonate. Permanganate salts used in the synthesis process result in extensive substitution of manganese atoms into the crystal structure without significant changes in long-range order. These materials have superior capacity, rate capability and cyclability compared to gamma MnO2, with comparable cost. In this presentation, we will describe these materials as we have characterized them via electroanalytical, X-ray and electron microscopy techniques.

Fig. 1: Structure of manganese-doped barium carbonate (witherite). Barium is represented as green, oxygen as red, manganese as magenta, and carbon as black. 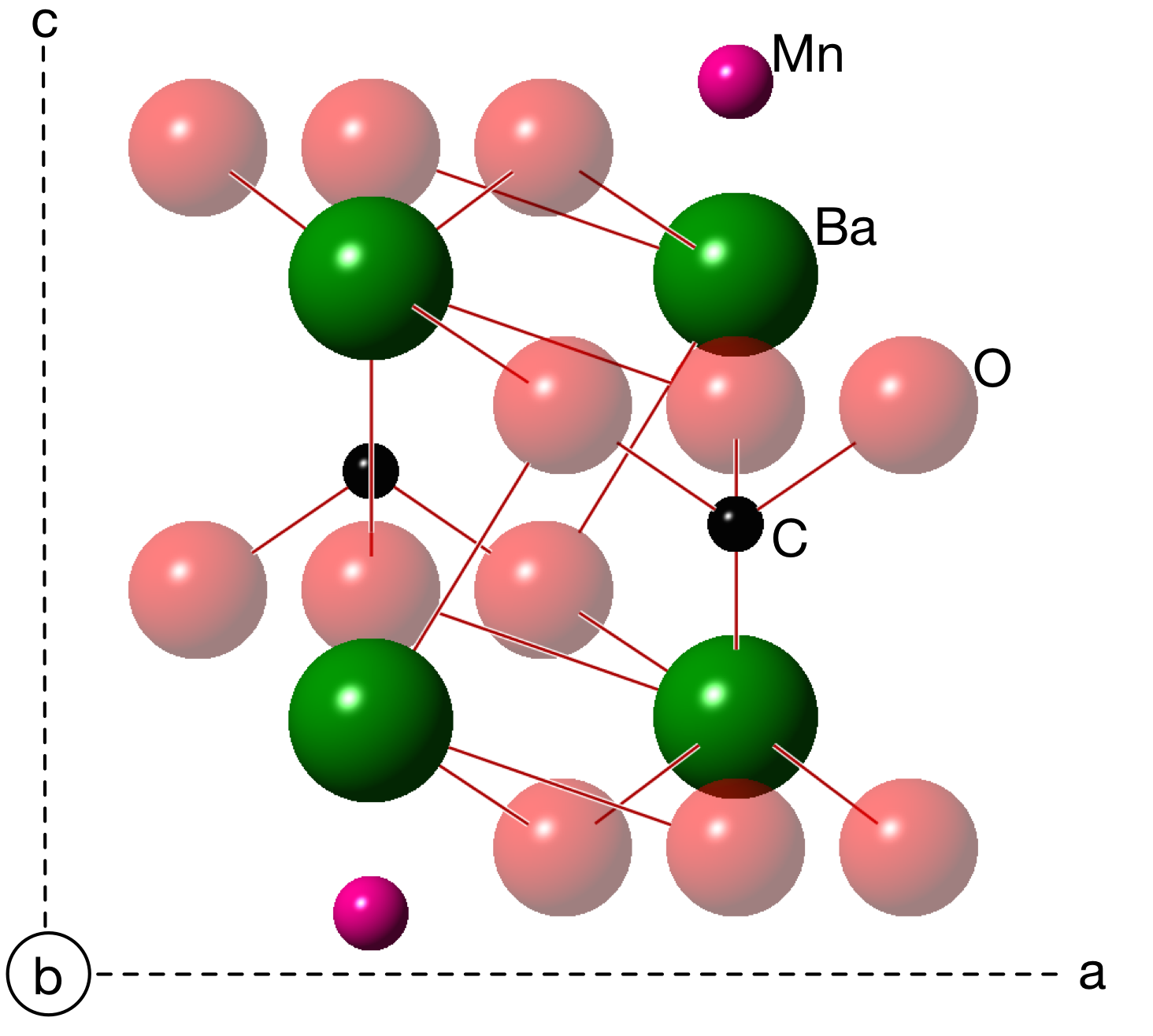