The crystallographic orientation of the surface influences the number density of the formed cracks as well as the crack morphology. The crack density is on some grains of special surface orientations especially high, while others exhibit only few cracks. The morphology reveals a clearly crystallographic influence on the crack morphology. Especially on (001) and (111) oriented surfaces clear 4-fold (Fig.1) and 3-fold symmetries are observed, respectively. The crystallographic nature of the cracks formed under near-isotropic hydrostatic stress (Fig.2) is in contrast to uni-directional compression behavior, e.g. during nanoindentation  [5]. With the possibility to control the initiation of dealloying by a controlled introduction of defects [6] in the self-assembled thiol film the here presented system offers an interesting approach to address the mechanical behavior of nanoporous material during a corrosion process. 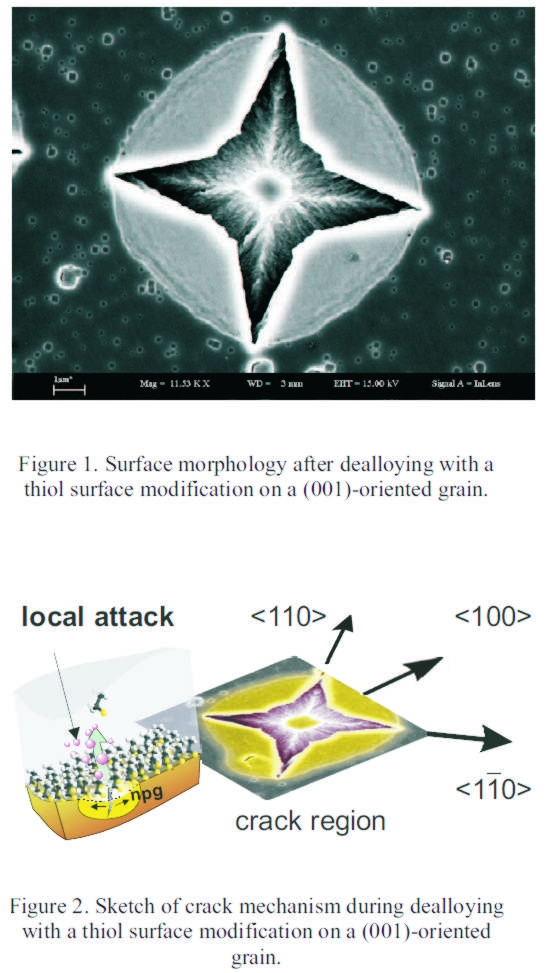