Work by 3M and partners on PEMFCs with Nano Structured Thin Film (NSTF) supported catalysts have shown minute amounts (2 – 10 µg cm2) of Ir added to Pt does not adversely affect Oxygen reduction reaction (ORR) activity and is effective in protecting Pt (loss < 10%) under simulated su/sd condition2 The rotating disk electrode (RDE) can also be used to study the behavior of NSTF supported catalysts.3

The results show an interesting relationship between the stability of Ir on Pt electro-catalysts, and the potential reached by the su/sd simulation current. When potential starts and stays below a threshold of approximately 1.5 VRHE, the Ir-Pt reaches a stable configuration where ORR and oxygen evolution reaction (OER) activity no longer decline. Achieving stability may be more dependant on the potential reached, or the charge delivered, than the Ir loading. Note that for pure Pt tested at a current an order of magnitude lower than the 19.2 µg/cm2 Ir sample, and started at a potential of 1.35 VRHE, ORR activity continued to decline, indicating that stability of the RDE-NSTF catalyst system requires both low (< 1.5 VRHE) potential and the presence of Ir.

These results indicate a possibility of indefinitely stable Pt based PEMFC catalysts, and the important role the su/sd potential may play in determining stability of an Ir-Pt electro-catalyst. Work is ongoing to determine Ir loading thresholds for stability. 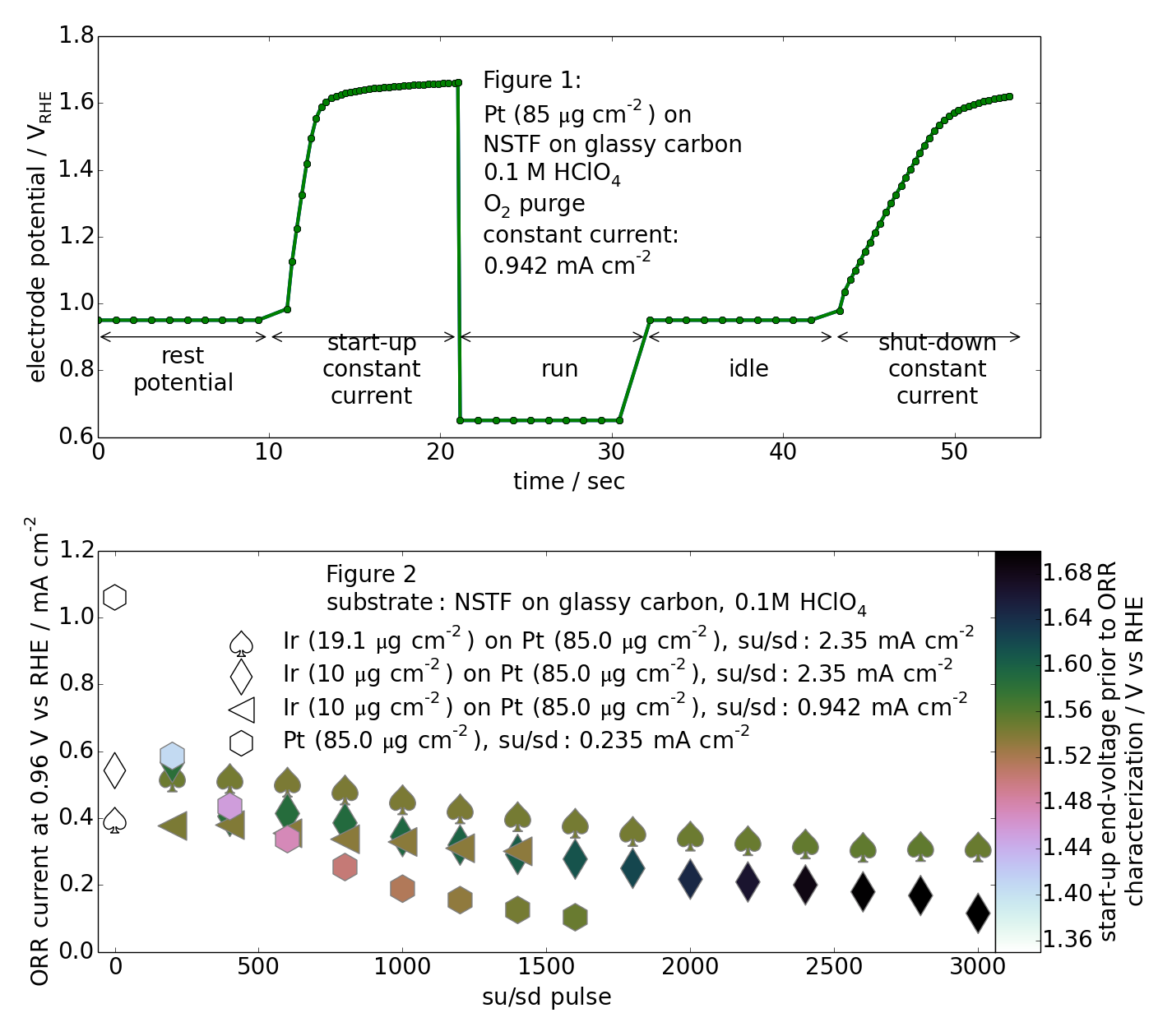