We have demonstrated a random lattice spring based methodology to characterize the development of microscopic damage and their subsequent nucleation to form crack fronts. According the lattice spring method, breaking of each bond is simulated by solving the equilibrium equation. A discrete lattice based model will be developed to characterize the nonlinear deformation of binder materials. Delamination between the active particles and the binders will also be captured. Part (a), (b) and (c) in the figure provides a schematic demonstration of the delamination mechanism observed in lithium ion batteries. Part (d) of the figure shows mechanical degradation inside an active particle during delithiation. In this work, we will highlight the implications of mechanical degradation in terms of interfacial delamination and micro-crack formation in the LIB electrodes. 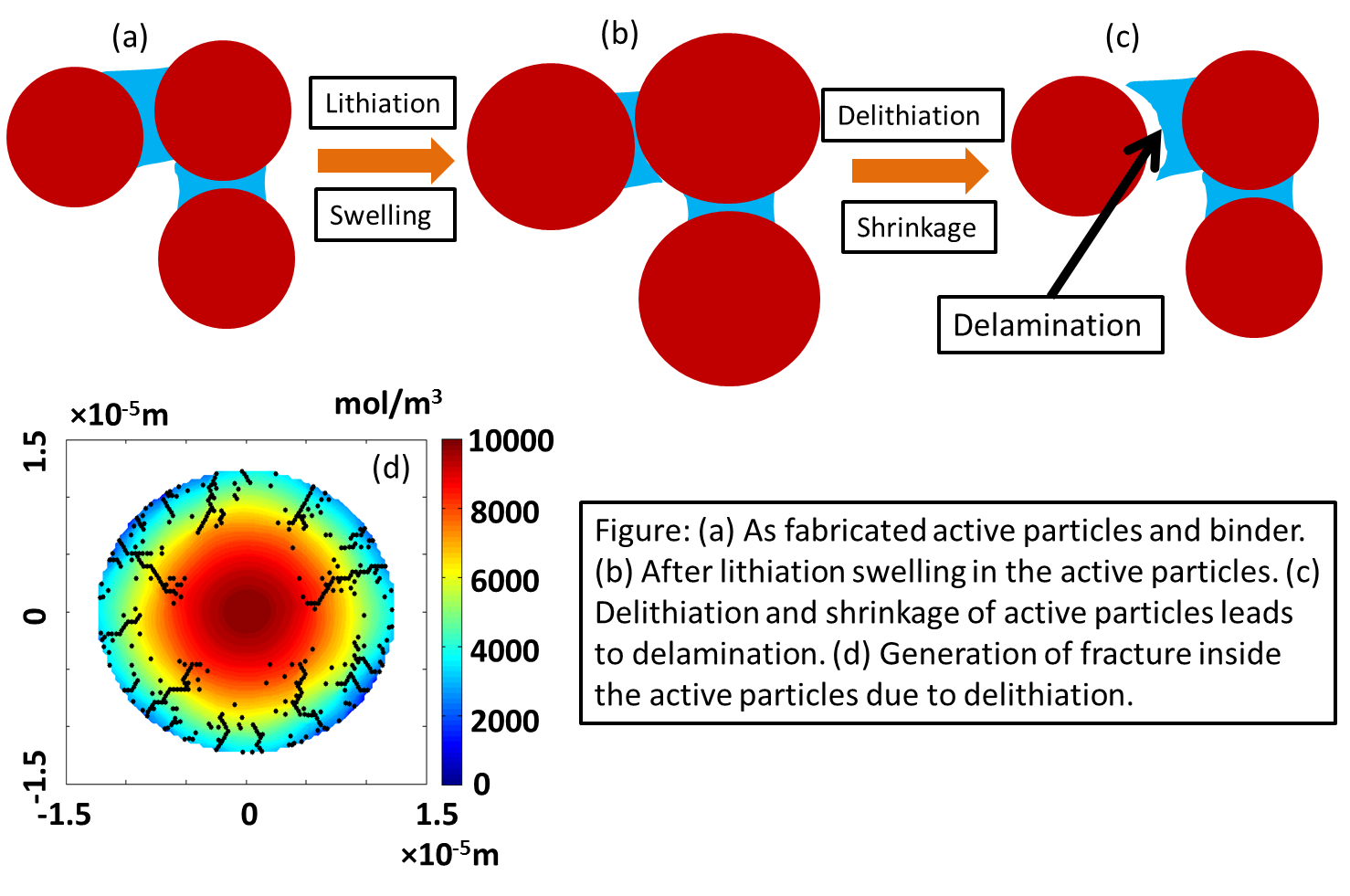