953
Electroreduction of Oxygen with Brominated Metallo-Corroles

Significant effort has been made to develop alternative non-precious metal catalysts (NPMCs) for oxygen reduction. Many of those catalysts have been inspired by biological processes in that their active centers consist of transition metal complexes such as metallo-porphyrins. So far, studies conducted with such catalysts show that their activity and stability is lower than that of the state-of-the-art platinum based catalysts. In most recent years a new class of NPMCs has shown great promise; the metallo-corroles.

A series of first row transition metal β-pyrrole-brominated 5,10,15-tris(penta-fluorophenyl)- Corroles [M(tpfc)Br8, M=Mn, Fe, Co, Ni and Cu] were synthe-sized and tested as catalysts for oxygen reduction in acidic aqueous solutions. Both the reduced form and the oxidized forms of these corroles were chara-cterizes by means of NMR, EPR and UV-vis measurements. Rotating Ring-Disk electrode (RRDE) was used to test the kinetic performance of these corroles in the catalytic reaction of oxygen reduction (ORR). The corroles were adsorbed on a high surface area carbon powder (BP2000) prior to electro-chemical measurements, to create a unique composite material. The comparison between the corroles with different metal centers showed a favorable catalytic performance of the ORR in the case of the Co-Corrole, which showed an onset potential of only 0.8V vs. RHE (Figure 1). 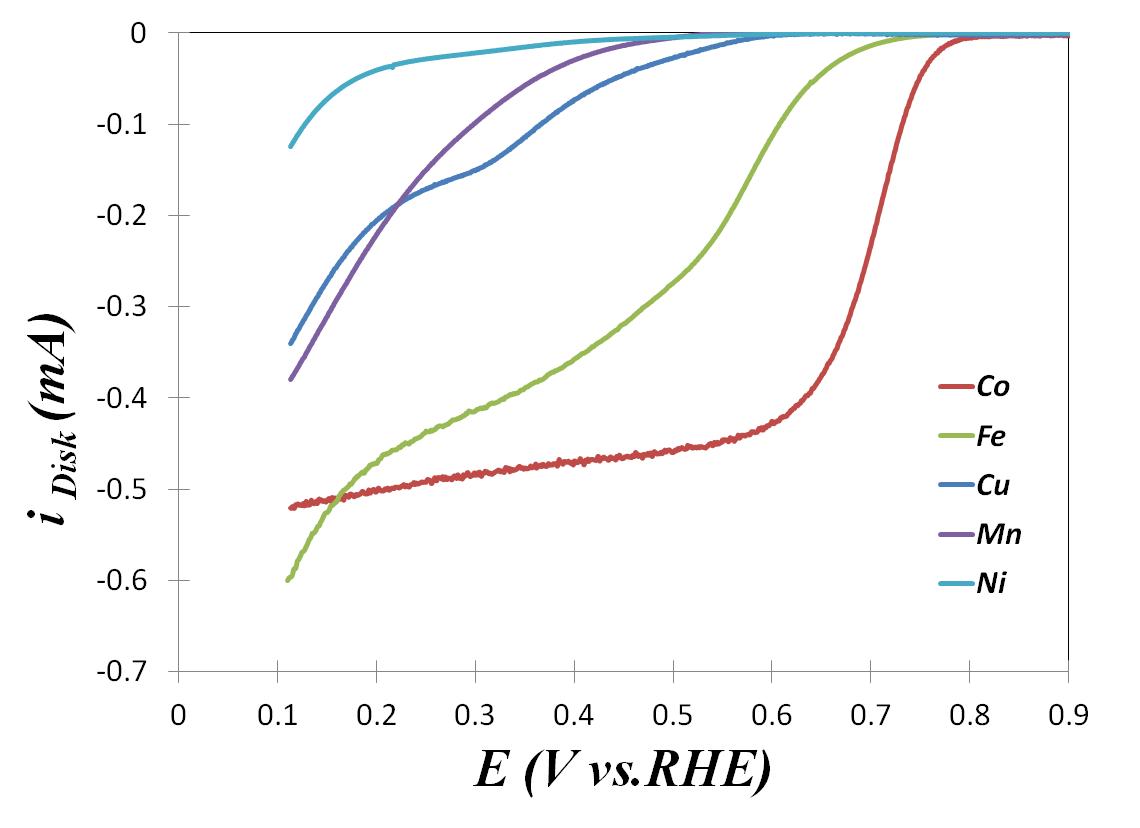