The scientific interest in the macrocyclic metal chelating corroles has evidenced a remarkable increase since our discovery of their first one-pot synthesis in 1999. Facile synthetic modifications that were introduced during the latest years now allow for tuning of the most fundamental properties of corroles, such as lipo-/hydro-/amphilicity, photo-excited states and their mode of decay to the ground state, and the stability/reactivity profiles of the corresponding metal complexes.

The impact of these investigations is exemplified by the introduction of corrole metal chelates as catalysts for the most important chemical reactions involved in energy-relevant processes, such as the hydrogen and oxygen evolution reactions. This presentation will focus on the largely unexplored potential of metallocorroles for the reduction of protons to hydrogen and of halides to halogens, via electrocatalysis and photocatalysis, respectively. Tuning of reactivity and redox potentials is achieved by variations introduced onto the ligand and the choice of coordinated metal ions. 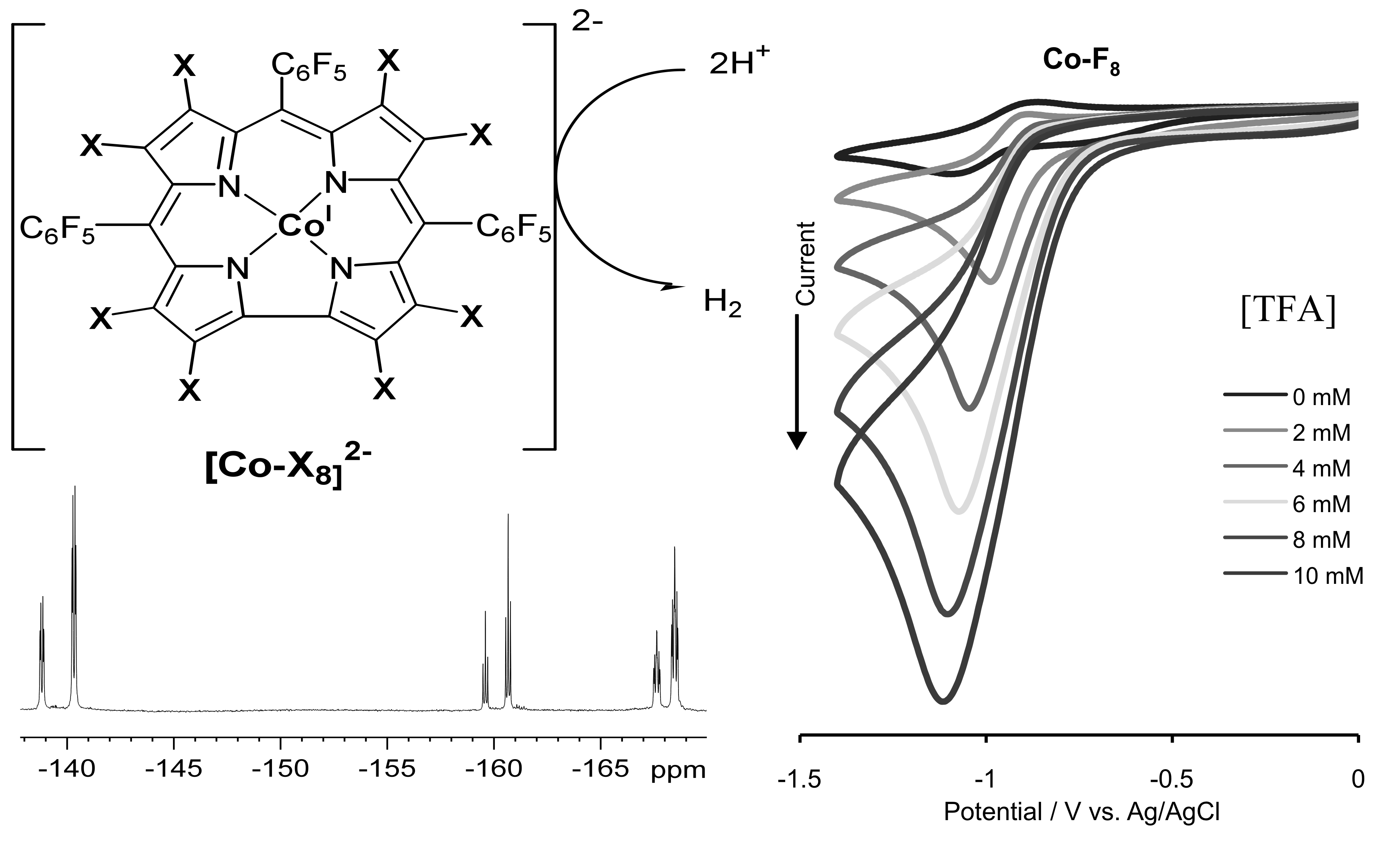