PDR 7 (Hilton Chicago)
A. Jaikumar, K. S. V. Santhanam, S. G. Kandlikar, I. B. P. Raya, and P. Raghupathi (Rochester Institute of Technology)
Graphene is an outstanding material based on its mechanical, optical and electrical properties (1-10).  It is synthesized by several different methods such as a) Mechanical stripping of layers b) Chemical vapor deposition (CVD) and c) thermal decomposition methods and d) chemical reactions. (11). The most popular method of preparing graphene has been the CVD method; this method uses a metal catalyst for the decomposition of the carboneous material.  The CVD method of preparing graphene of high quality on a copper substrate has recently been reviewed in the literature (12).  The mechanism of the formation and growth of graphene has not been fully understood. It is believed that carbon is produced by the decomposition of the organic molecule that tends to dissolve in bulk metals producing graphene segregation at high temperature. In some metals the formation of carbon segregation occurs on the surface that will expand to  produce a carpet. Copper in the most preferred catalyst among the transition metals most used in the CVD for graphene preparation.

Recently, graphene quantum dots have been prepared by galvanostatic electrolysis (13) that would be suitable for several electrochemical studies. Using this material the electrochemical deposition of copper is carried out on graphene in  a two step process that involves the potentiostatic deposition  of copper on platinum disc electrode at -0.30 V vs saturated calomel electrode (SCE) in the first step, followed by dip coating of graphene and potentiostatic deposition of copper in the second step. The cyclic voltammetric and chronoamperometric data of copper ion in sodium sulfate as the supporting electrolyte shows enhanced currents that are due to the oxidation of the copper. While the peak potential is  nearly identical to the one obtained at the Pt disc electrode, the peak current for the reduction of copper ion on graphene were found to be higher; the anodic peak current is higher by 1.3 to 2.05 times. The cathodic peak current is also 1.60 times higher.  Based on the analysis of the sweep rate dependence of cathodic peak current, the electrochemical reduction of cupric ion on graphene is diffusion controlled. The current-time curve (Figure 1) obtained at graphene electrode during  chronoamperometric electrolysis of cupric ion at - 0.50 V has been analyzed for the nucleation and growth of copper atoms  on graphene. The results indicate an instantaneous nucleation that is followed by progressive nucleation of copper atoms. In performance graphene behaves like a noble metal like platinum.  The electrodeposited copper on graphene shows a porous cauliflower like structure (Figure 2) in scanning electron microscopic (SEM) recordings.  The pool boiling tests were conducted with water at atmospheric conditions. The surface yielded a Critical Heat flux (CHF) of 128 W/cm2 at a wall superheat of 22 °C with a Heat Transfer Coefficient (HTC) of 58 kW/m2-°C. The underlying bubble mechanism seems to be altered suggesting different liquid feed pathways to nucleation sites. The electrochemical method appears to provide some distinct advantages over the CVD method. 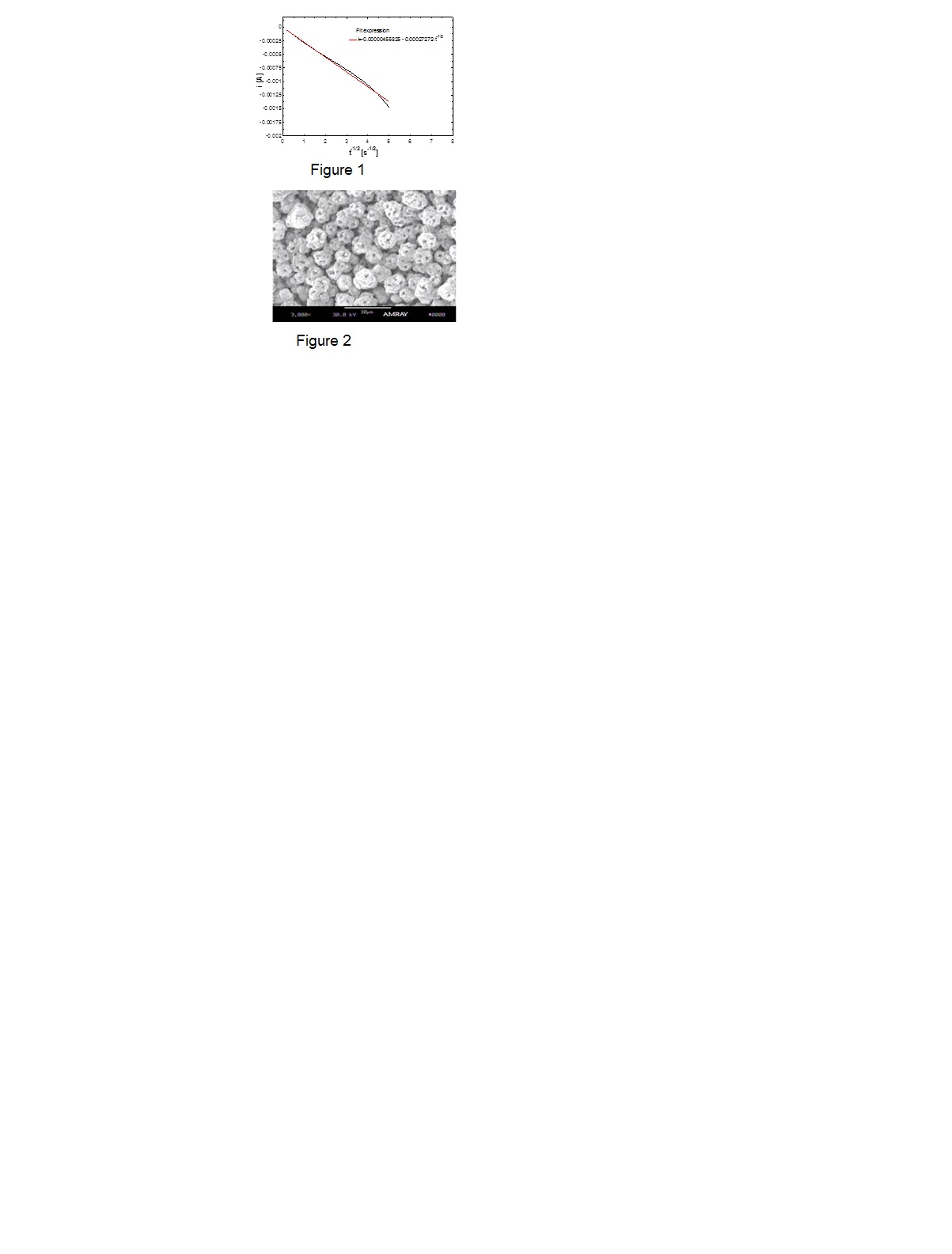