The electrochemical model structure (1) for both nickel and iron active material is based on the 1D model defined in [1]. It has been extended to a 2D level and coupled with thermal physics (2) [6-8]. The aim of this work is to have a cell model able to simulate the performance at various current rates, SOC (State Of Charge) and initial temperatures. This cell model will be the core of several commercial batteries models.

The cathode kinetics is implemented with or without mass-transfer limitations, and the pertinence of including the convective velocity in the model is discussed. A novel contribution implemented in the reversible heat term, and related to the heat of dissolution/precipitation of sodium chloride salt [9], is used and discussed in the thermal modeling part.

One of the advantages of such a mathematical model is to follow the evolution of the variables during simulation and as a result to better understand which phenomena limit the cell performance (mass or charge transfer processes, change of porosity...). As an example, Figure 1 displays the simulated space distribution volume fraction of nickel chloride at partial depth of a C/5 discharge at constant temperature, results that are in accordance with how the reaction front evolves during discharge (inward from the surface of the beta alumina ceramic).

Figure 2 displays a comparison between simulated (black) and experimental (blue) voltage during the same discharge for the nickel contribution only. Identification of the best set of parameters to obtain this kind of simulation is discussed. 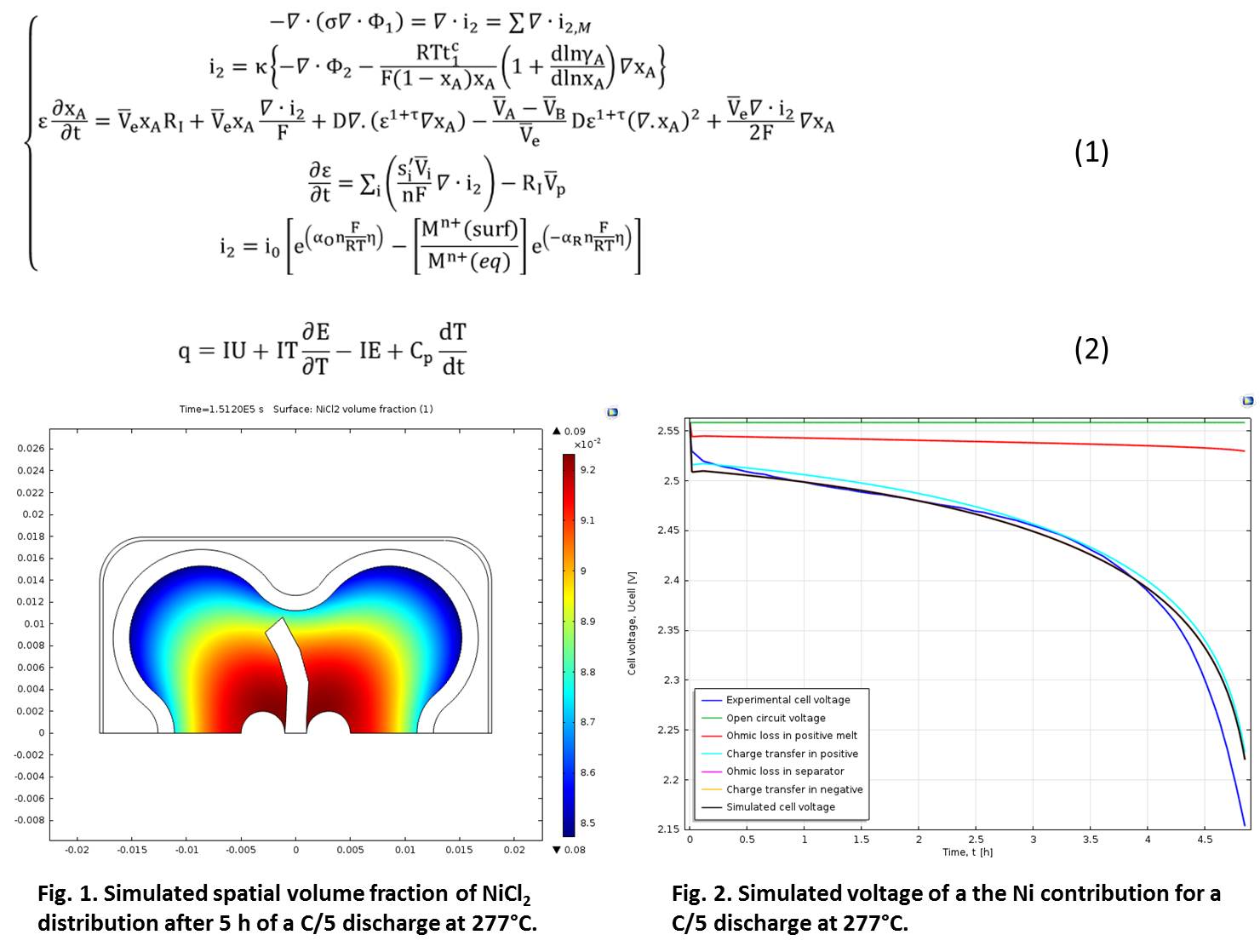