Ex situ ToF-SIMS depth profiles were recorded through the LSM thin film electrodes and revealed distinct compositional changes throughout the electrodes (Figure 2). The electrode elements and impurities separated into distinct layers that were more pronounced for the stronger applied polarisations. The mechanism behind this separation into “layers” in the LSM electrode poses interesting questions about mass transfer and ion migration in conducting materials subject to electrical polarisation.

Figure 1. Representative Raman spectra collected on an LSM electrode at 700 °C with the cell open at circuit voltage (OCV) and polarised at (a) -1 V and (b) +1 V.  The peaks at 440 and 600 cm-1 are signatures from the CGO and YSZ electrolyte, respectively. 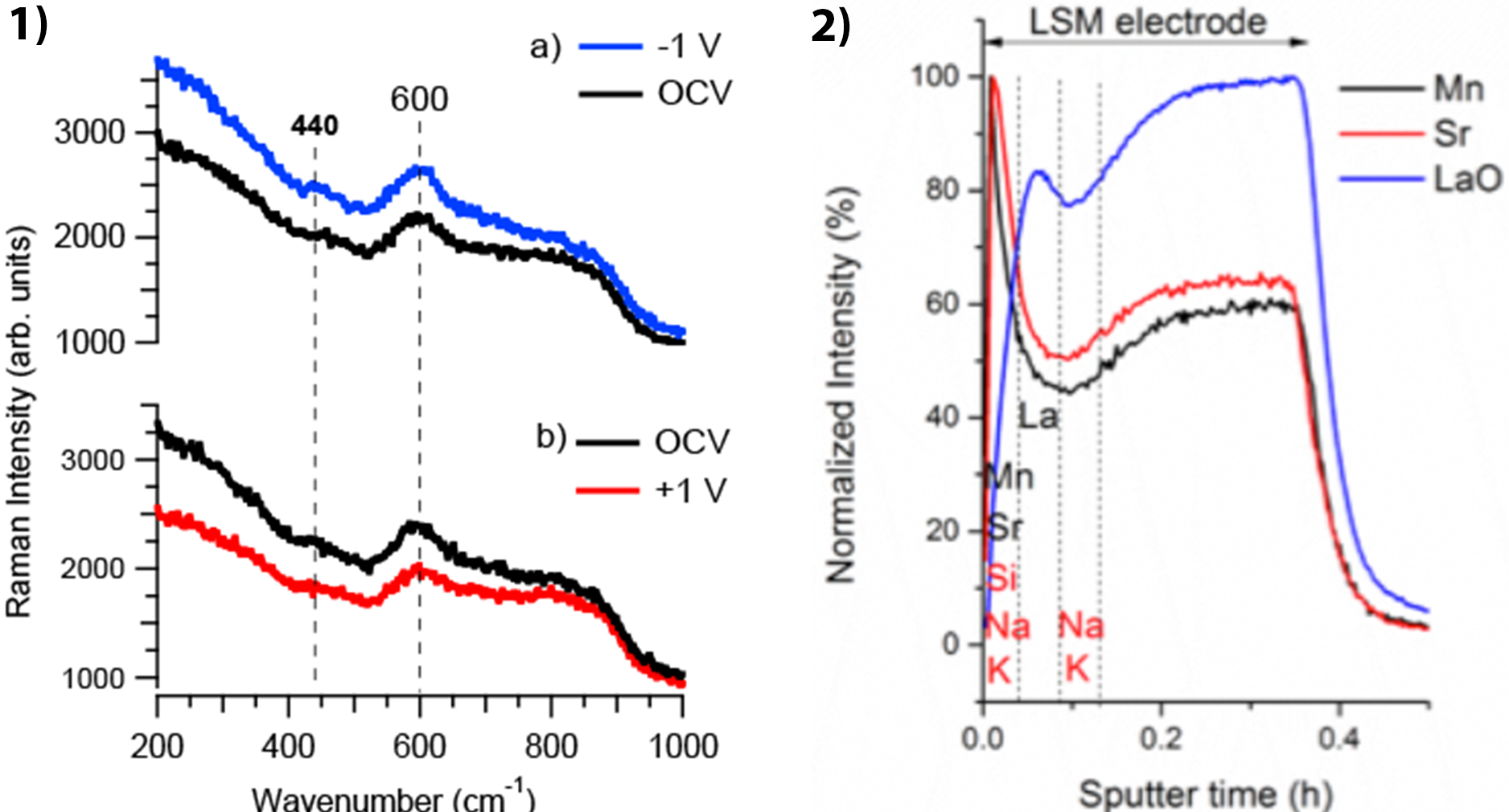