Phthalocyanines (Pcs) generally have strong absorption bands in the 650-680 nm region, which are referred to as the Q-bands and have been assigned to the transition between the HOMO and the LUMO of the Pc p-system. Although attempts to shift the Q-band to the near-IR region have been carried out by many researchers, nobody has so far succeeded in shifting the band beyond 1000 nm. To address this, Pcs with electron-donating group 16 (S, Se, and Te) atoms at the peripheral, so-called a positions, coordinating a group 15 (P, As, and Sb) ion, have been synthesized through a process of rational design based on a consideration of the size of MO coefficients in the frontier p-MOs [1]. The introduction of the group 16 elements at the a positions results in a red shift of the Q band from the 650-680 nm region to ca. 800 nm, due mainly to a destabilization of the HOMO. The introduction of group 15 elements in the +5 oxidation state to the central cavity results in a further red shift of the Q-band to the 1020-1060 nm region, due to a marked and moderate stabilization of the LUMO and HOMO, respectively (Fig. 1). In contrast, when group 15 (P, As) elements were coordinated by tetra-phenylated tetraazaporphyrins (TAPs), completely unexpected and highly unusual absorption bands were observed between the Soret and Q-band regions (Fig. 1). MO calculations carried out for a series of compounds with different substituents at the para-position of the phenyl groups predicted that these bands can be assigned to charge-transfer (CT) transitions from the peripheral aryl substituents to the TAP core.[2] Because of the presence of these CT bands, the TAPs in this study effectively absorb across the complete UV-visible region(300-700 nm) as single, discrete chromophores. 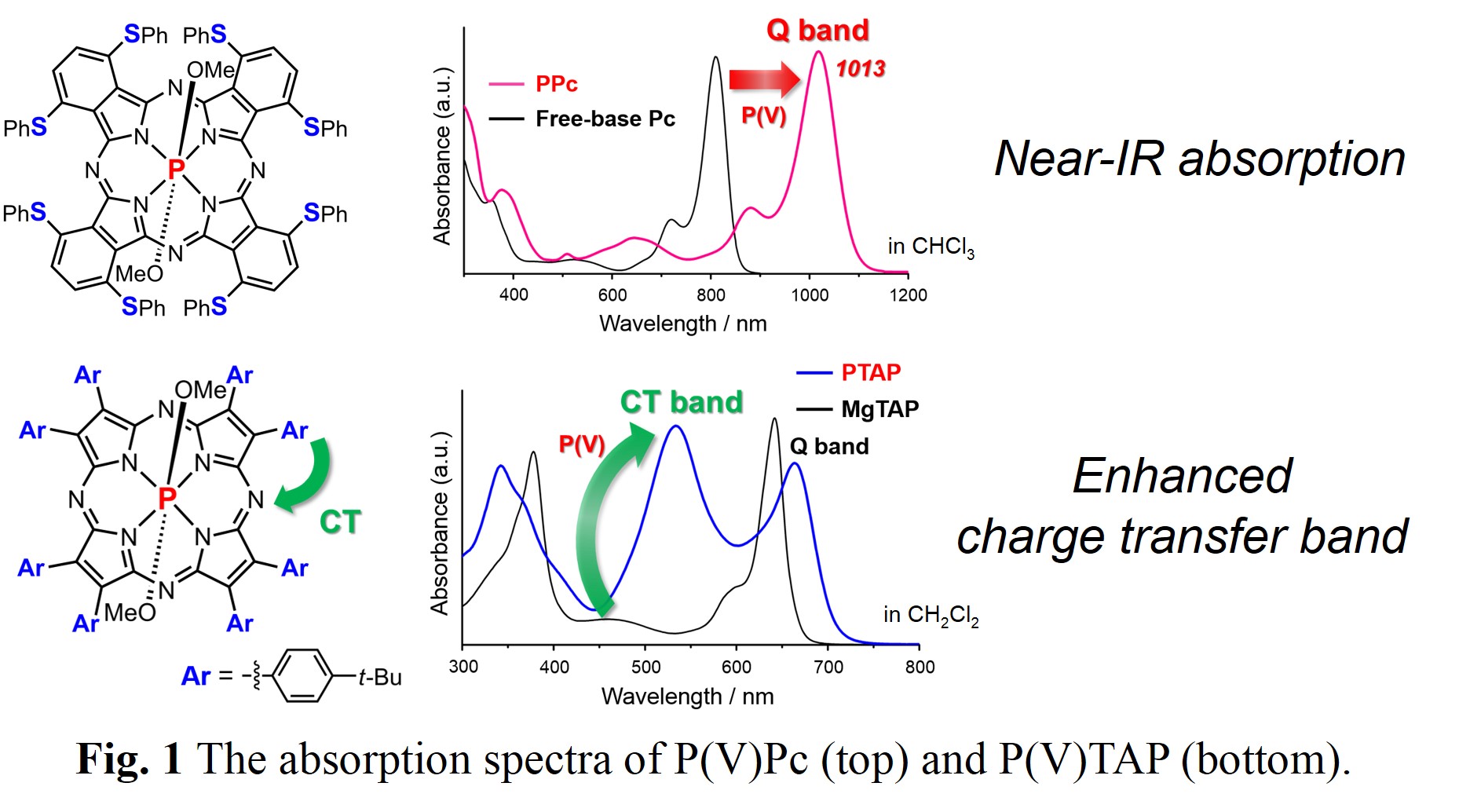