Lithium sulfur and lithium-air batteries hold much promise for the future of batteries on account of their theoretical capacities of 2567 and 3505 Wh/kg respectively(1). The dissolution of sulfur through the formation of soluble polysulfides and the poor electronic conductivity of sulfur are however, major problems hindering Li-S battery progress (1-3). In addition, particle fracture and delamination as a result of repeated volumetric expansion and contraction have also been identified as factors responsible for poor long term performance(4, 5). In our previous work on lithium-sulfur batteries, we have shown the effectiveness of using a thin Li-ion conducting barrier layer in improving the cycling characteristics(6).

In this work, we develop a unique strategy to directly prepare sulfur wire mattes (Figure 1) capable of being spun as yarn and thereupon being used directly in the form of ‘textile fabric batteries’. Using these wires, we generate two other morphologies to specifically tackle fade and conductivity issues existing in sulfur cathodes. This results in sulfur cathodes with high electronic conductivity, minimal volumetric expansion and improved rate capabilities and cyclability. In addition, the electrodes that we use in this study allow us to obtain high areal capacities. Figure 1 shows SEM and EDAX map of the same. Results of these studies will be presented and discussed. 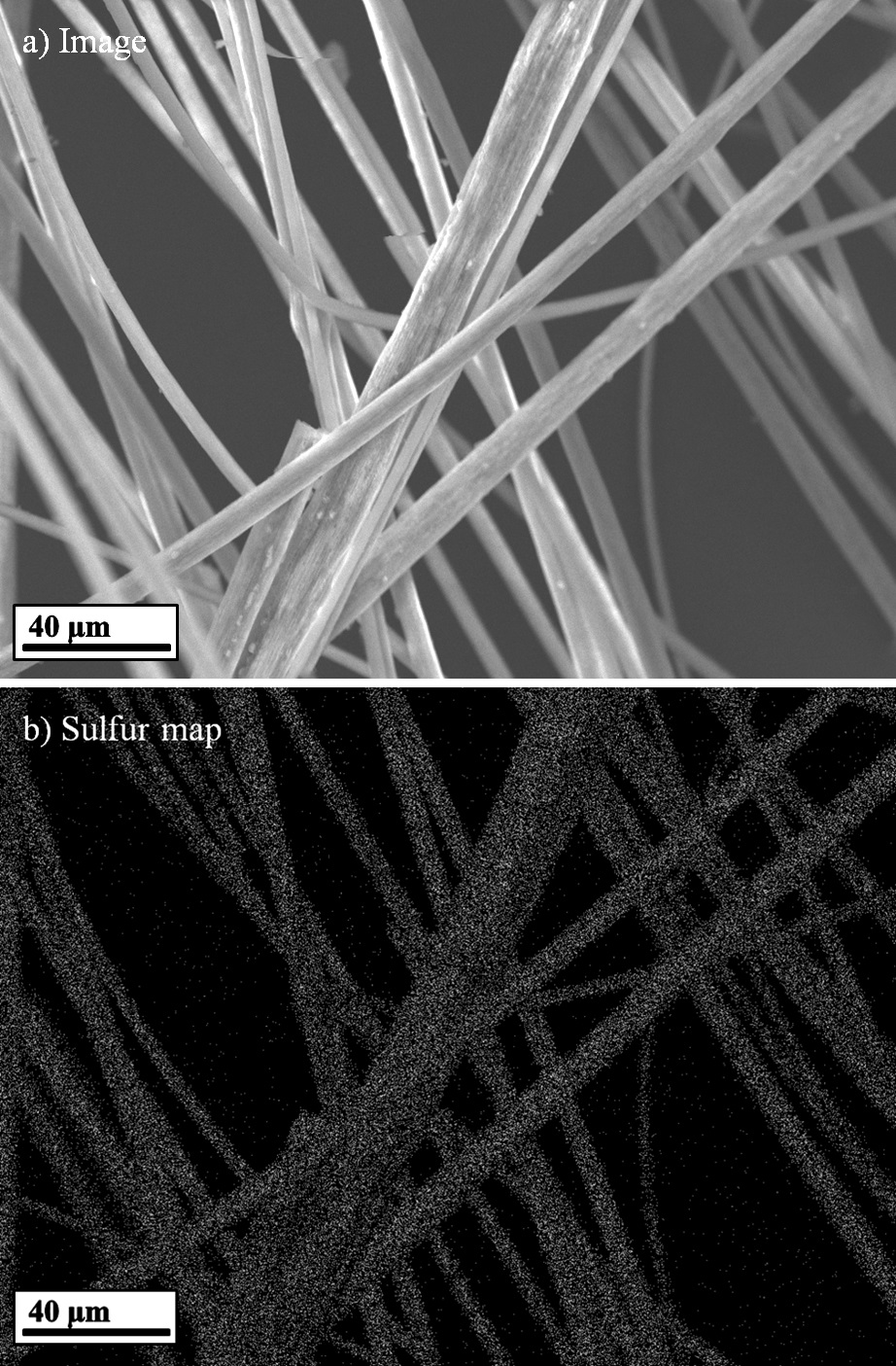