PDR 4 (Hilton Chicago)
A. Aryanfar, D. J. Brooks, T. Cheng, B. V. Merinov, W. A. Goddard III, A. J. Colussi, and M. R. Hoffmann (California Institute of Technology)
One of the most critical issues leading to failure in researchable batteries is the tendency to grow amorphous crystals called dendrites during charge periods. These microstructures cause the internal short circuit between electrodes and lead to possible ignition of organic electrolytes.[1] Lithium batteries, particularly are more prone to form dendrites due to low surface energy of lithium. The tendency for creating more surfaces leads to formation of isolated dendrites known as dead lithium. Particularly rechargeable lithium metal batteries suffer the most from this matter due to dominance of deposition over intercalation on crystalline and compact structure of the metal. [2]

Herein, we present a new three dimensional framework, extended from our previous Coarse Grained method[3], for predicting the intrinsic properties and internal structure of meta-stable lithium dendrites. A sample of dendrite is given in Fig. 1. We have investigated annealing of dendrites in various temperatures, resulting in stable atomic arrangements. (Fig. 2). We will characterize the physical and mechanical properties of acquired morphologies, such as porosity and compressive strength. 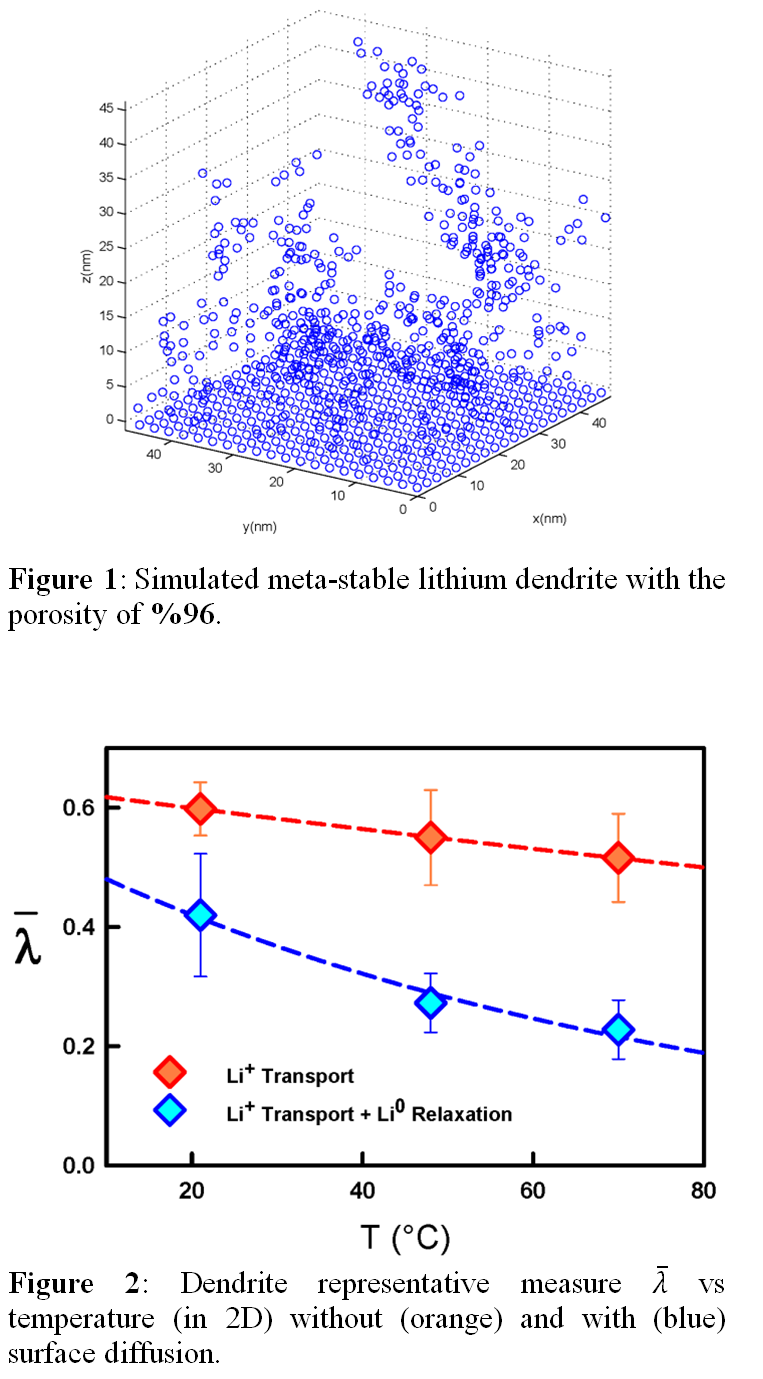