Salon C (Hilton Chicago)
L. Asen, W. Ju, E. Mostafa, S. Martens, U. Heiz (Technische Universität München), U. Stimming (Technische Universität München, Newcastle University), and O. Schneider (Technische Universität München)
Hydrogen fuel cell driven electric vehicles represent a promising technology on the verge of market introduction. However, despite significant improvements over the past decade, the efficiency of the fuel cells is still far below the thermodynamically possible one, and the amount of Pt catalyst required to deliver the power needed for automotive application and thus the costs are still too high. Especially the high overpotential at the cathode side due to the sluggish kinetics of the oxygen reduction reaction (ORR) is responsible for these drawbacks.

Catalysts with increased activity for the ORR and enhanced durability with reduced Pt loading can both bring down the costs for the fuel cell system and enhance the efficiency and therefore the competitiveness of fuel cell driven vehicles. In recent years it has been shown at DTU using polycrystalline model alloys that alloys of Platinum with rare earth metals show very promising catalytic properties for ORR, with kinetic current densities enhanced by a factor of 3-5 compared to pure Pt [1],[2]. At the same time a good stability due to their high heat of formation and the formation of a core-shell structure during cycling was reported [2]. Also the mass activity of supported nanoparticles of these materials, prepared in a cluster source, was enhanced [3].

The major challenge is to synthesize these alloys as nanoparticles in quantities sufficient for MEA testing, and the subsequent upscaling for widespread production for practical application.

Figure 1: Electrochemical deposition from saturated La(NO3)3in octyl methyl pyrrolidinium bis(trifluoromethylsulfonyl)imide ([OcMePy][TFSI]) at a potential of -2.2 V versus Pt quasi-reference at room temperature. The observed frequency change is close to the expectations from Faradays laws. 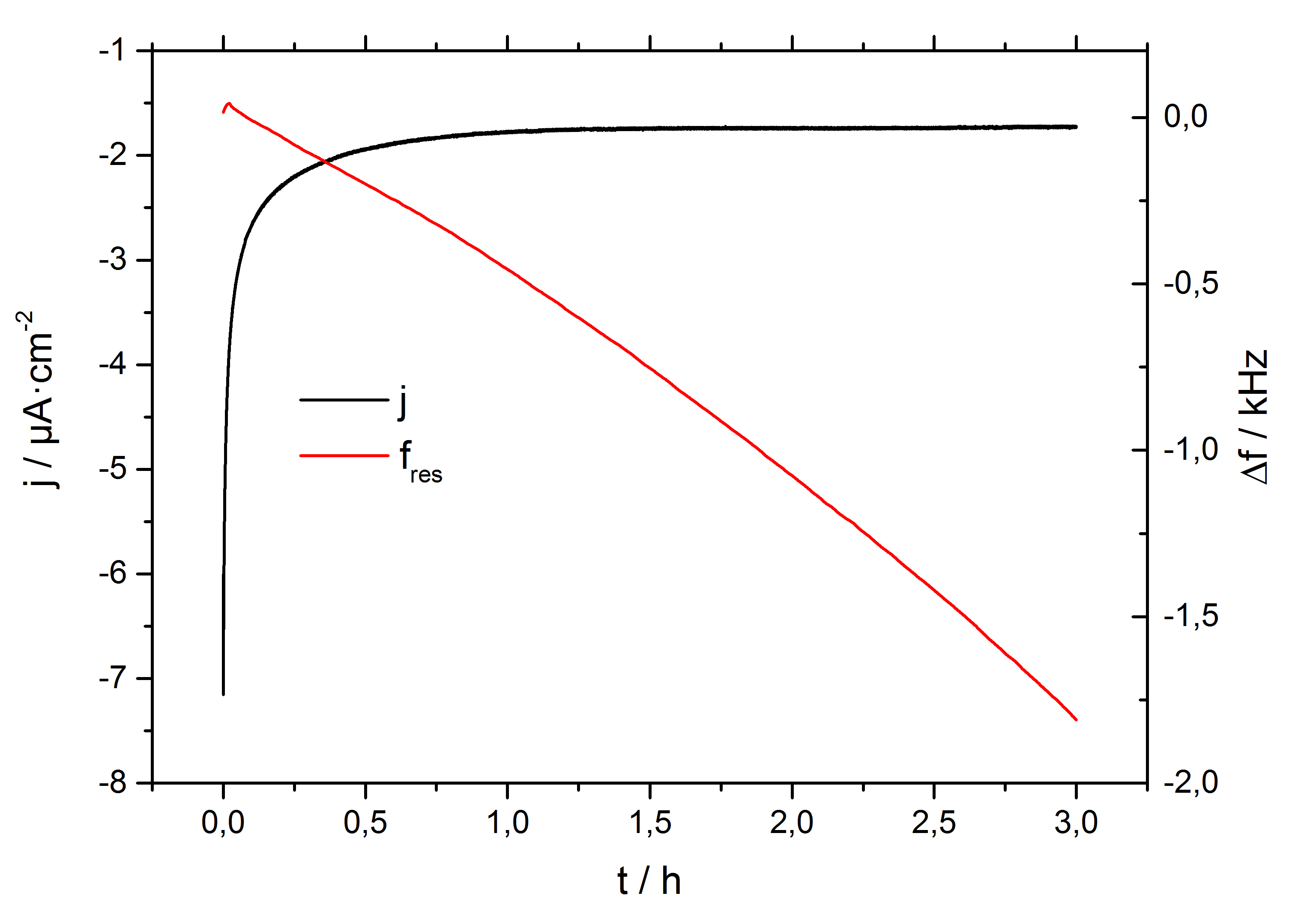