There has been an extensive search for non-precious metal catalysts (NPMCs) that demonstrate comparable activity and stability for ORR and OER in alkaline environments, but at lower costs. Among the families of materials studied are precious metals, transition metal oxides, transition metal minerals (perovskites, spinels, pyrochlores, etc.), and organometallic complexes. The latter is the focus of this work.

Organometallic NPMCs are generally synthesized by pyrolysis of a combination of metal salts, a nitrogen source (macromolecules or reactive gas) and a carbon support. State of the art NPMCs are based on Fe and Co and are synthesized in elaborate multi-step processes combining high temperature treatment (900oC to 1050oC) with acid wash or reactive gas (NH3) pyrolysis1. These catalysts have proven to have good ORR activity but limited durability.

The as-synthesized catalysts show low catalytic activity for the oxygen reduction reaction when compared to Pt. However, after a one step pyrolysis at 700oC in inert atmosphere, the activity of catalysts was found to improve dramatically. The NiFe bimetallic catalyst had an onset potential of 1.03V vs. RHE (measured at 50µA/cm2). The as-synthesized catalysts generally demonstrate decent activity for the oxygen evolution reaction, vastly surpassing platinum. The activity was also found to increase after pyrolysis.

We would like to thank the EPSCORE program for providing funding for this work. 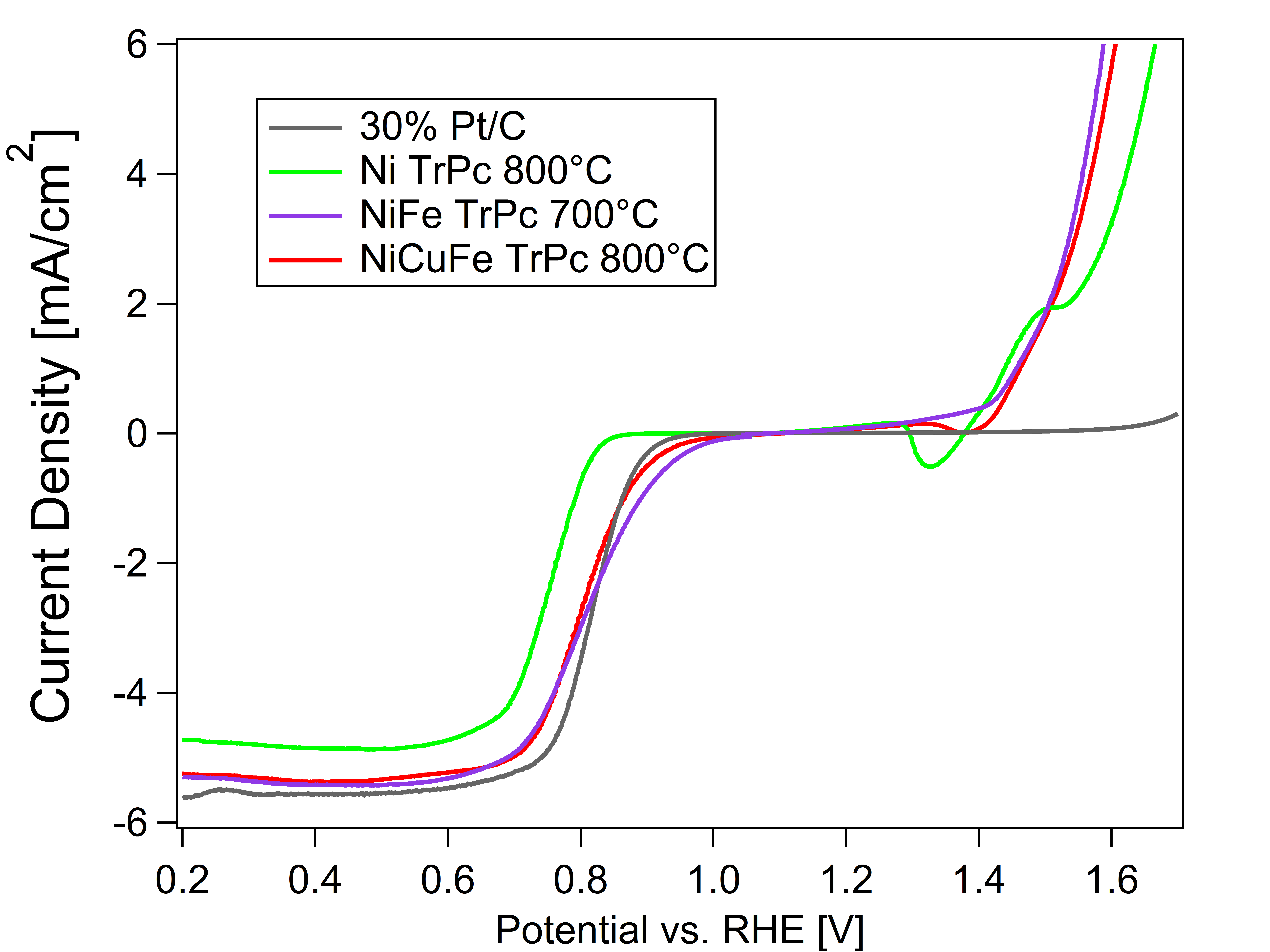