In this study, MNC catalysts were synthesized by pyrolyzing a mixture of metal salt (iron acetate), nitrogen precursor (melamine) and high surface area carbon (Ketjenblack) in a closed reusable vessel reactor. This approach was designed to increase the density of nitrogen-based active sites because of the improved equilibrium conditions that occur at high pressures.2-4 Here, we studied the effects of loading (mass/volume) of precursor materials in the pyrolysis reactor, which directly impacts pyrolysis pressure. For these studies, iron and nitrogen content were fixed at 1.2 wt% and 25 wt% respectively. As shown in Figure 1, higher loadings increased gas phase pressure and improved ORR activity. This trend suggests that the limiting reaction may be an adsorption process driven via high partial pressure of volatile intermediates from the nitrogen precursor. In this talk, possible mechanism of active site formation will be discussed. Additionally, the effects of different nitrogen (such as ammonium carbamate and bipyridine) and metal precursors (such as Co and Mn) on ORR activity will be presented. In addition to traditional rotating disc electrode studies, square wave-voltammetry technique will be used to probe metal oxidation-reduction couples that provides an estimation of a number of metal-centered complexes in MNC catalysts. In order to evaluate MNC catalysts for real-world performance, fuel cell membrane electrode assemblies (MEA) of 5- 25 cm2 electrode areas in H2/air and H2/O2will also be presented. 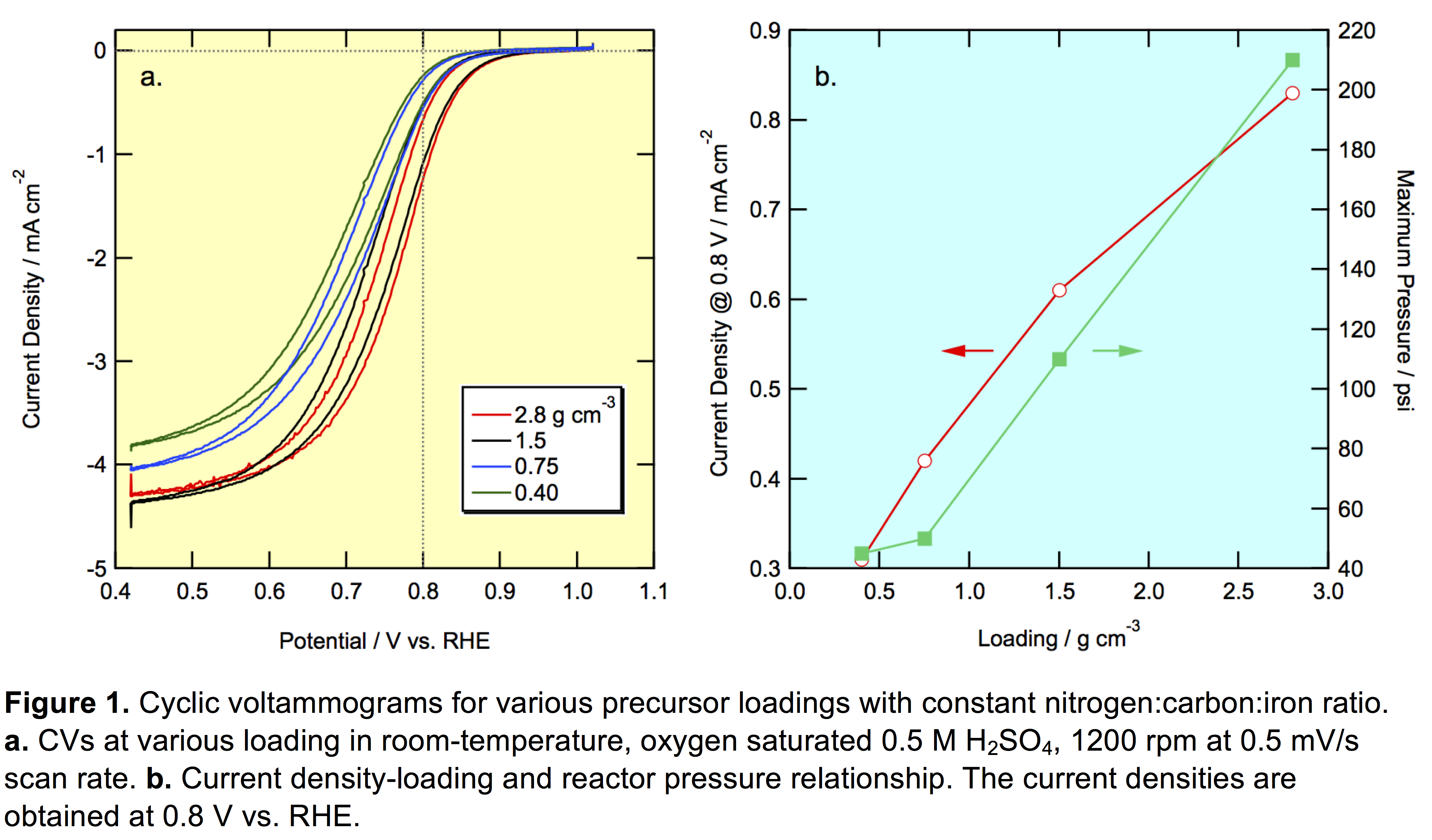