An advantage of alkaline fuel cells (AFCs) over proton exchange membrane fuel cells (PEMFCs) is that non-precious metals catalysts (NPMC) that are not very efficient for the ORR in acidic environment present higher catalytic activity and stability in alkaline media, even comparable to Pt.  Synthesis of NPMCs is often inspired by natural systems. Enzymes, such as laccase, are very efficient ORR catalysts and are known to reduce oxygen at approximately 1.2 V vs. the reversible hydrogen electrode (RHE) under mild pH conditions.

We have synthesized a series of pyrolyzed NPMCs based on Cu, Co, Fe and their bimetallic combinations, and a phthalocyanine-like ligand supported on a carbon black.  The as prepared catalysts are then pyrolyzed at temperatures ranging from 600 oC to 1000 oC.    Various methods were used to optimize the catalysts activity; we evaluated the impact of different solvents during synthesis and removal of excess metal after pyrolysis.  Catalyst ORR activity and stability in 0.1 M KOH were tested by rotating ring disk electrode (RRDE) experiment.  Half wave potentials, number of electrons transferred and reaction rate were also calculated.

The bimetallic catalysts based on CoFe and CuFe surpassed the ORR activity of commercial Pt/C, reaching half wave potentials E1/2of 0.832 V and 0.815 V respectively, compared to 0.808 V vs. RHE of Pt/C.  See figure 1.

Figure 1.  RDE plots for Cu, Co, Fe based catalysts and their comparison to commercial 30% Pt/C.

We gratefully acknowledge the support of this work by the NSF-funded TN-SCORE program, NSF EPS-1004083, under Thrust 2. 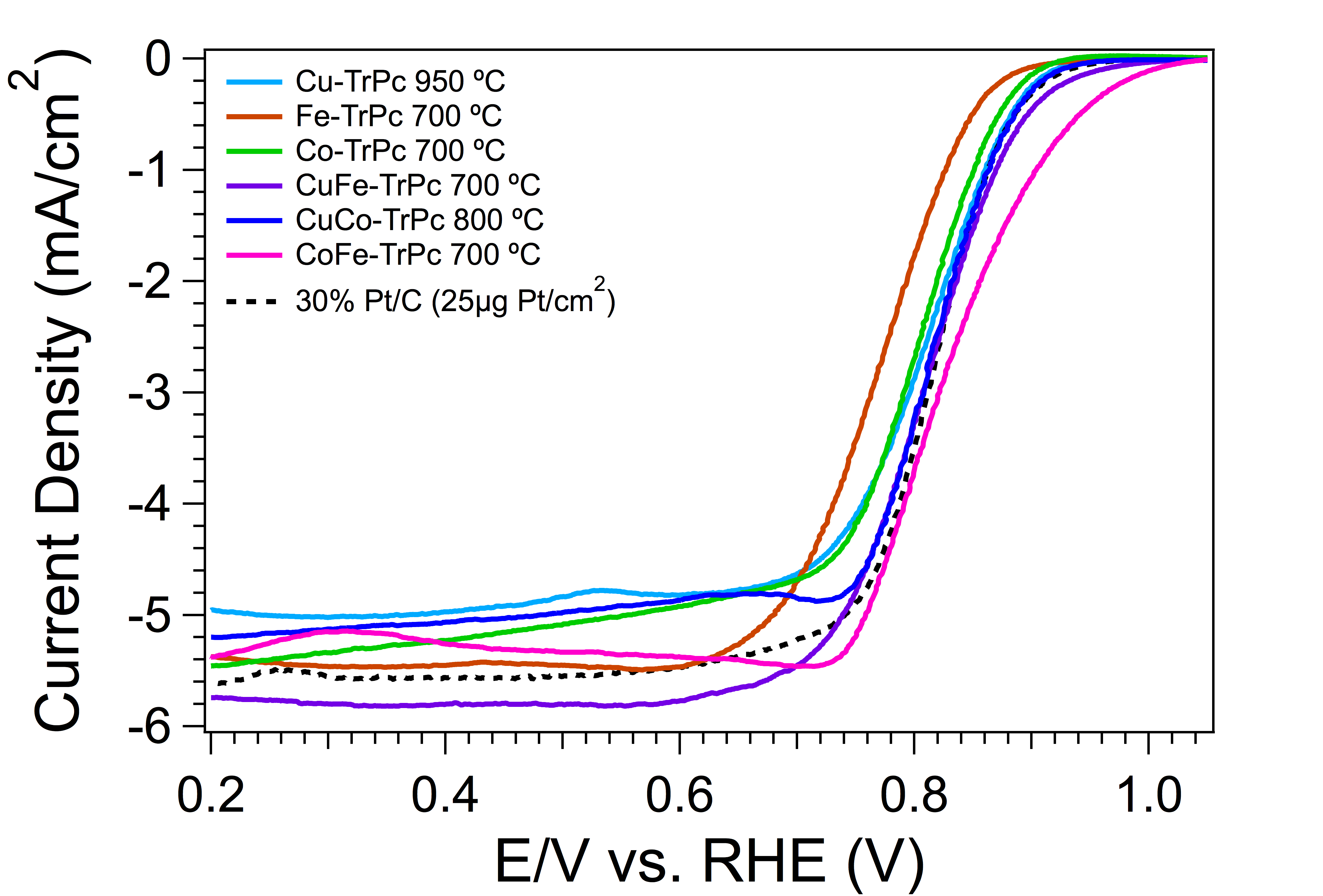